It’s often said that in sport you learn more from your failures than your successes.

Which could ultimately be good news for Ollie Pope, a man who has suffered few of the former in a career that has been on an upward trajectory from the moment he picked up his first bat.

But Pope, like a good many others in England’s top order, found the going tough in India as England slumped to a 3-1 series defeat. It would be easy to pin the blame for that on the pitches Joe Root’s side encountered. The average mark passed down on the Ahmedabad pitch for the third Test was testimony to the vagaries that England faced on surfaces so foreign that they could, at times, have been playing on the moon.

But the below-par certification for the pitch could also be applied to England’s top order, which at various painful points of the last three Tests seemed either reluctant or simply unable to adapt.

Pope finished the series with 153 runs at an average of just 19, which may sound a paltry return but actually made him England’s third top runscorer across the four Tests.

Of greater significance moving forward is how the 23-year-old uses that experience to bolster his England career in the future.

“The winter was pretty tough, as was pretty obvious, for a lot of us batters out there,” he says. “The wickets were pretty tough but I learnt lots of good lessons moving forward, not for just playing in India but playing on day four, day five wickets.

“I learnt a lot from those wickets and how they played and what brought success out there. It was obviously challenging from a run-scoring perspective but I can take the positives and benefits from it.”

Live Rugby union coverage direct to your inbox every week

Live Rugby union coverage direct to your inbox every week

Pope’s summer had ended prematurely after he dislocated his shoulder during the third and final Test of England’s series against Pakistan. It was the second time Pope had suffered the injury, with the stroke-maker having previously been ruled out for three months of the 2019 season after a similar incident in the field for Surrey.

With that injury now behind him, Pope will be looking to hit the ground running as Surrey begin their County Championship campaign against Gloucestershire at Bristol on Thursday. With England starting their Test summer against New Zealand on 2 June, he’ll also hope that he has credit in the bank after scoring a first century in just his sixth Test against South Africa in Port Elizabeth last winter.

Having failed to reach a fifty in his past six Tests, though, he knows that he needs to re-find his feet sooner rather than later. He’ll take comfort in the knowledge that the conditions he faced in India will be tougher than pretty much any he’ll come up against again. 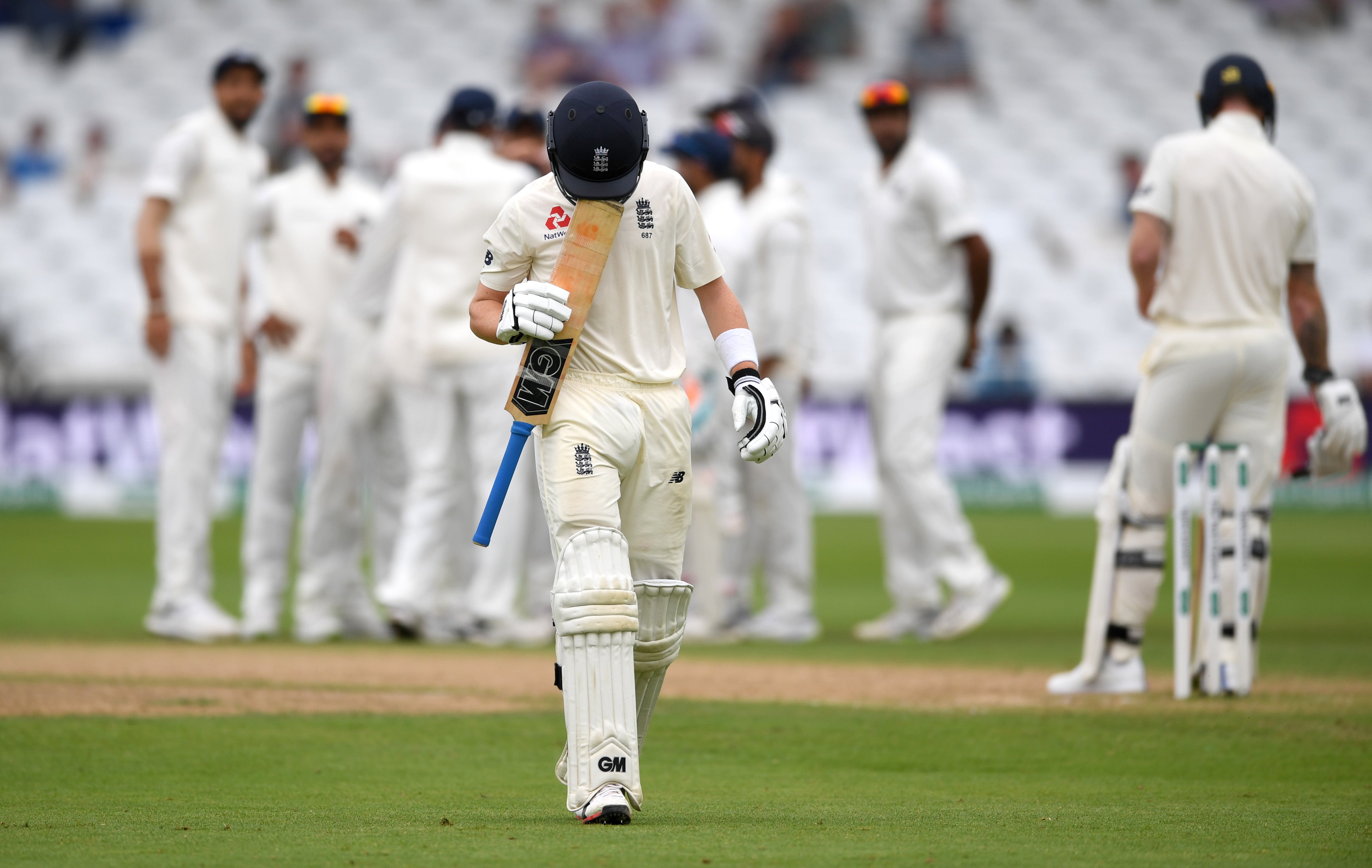 “After that first game, I remember I was batting first innings, played okay [but] felt pretty rusty,” he says. “In the second innings the pitch started spinning quite a lot, I was standing at the non-strikers end and [Virat] Kohli came up to me and said that this was the last of the flat wickets. At that point, I knew it was going to be a challenging, from a batting point of view, rest of the series.

“Because they were extreme, they did spin a lot, especially with that pink ball, that made it even tougher. If you look at who was the most successful on those big spinning wickets, it was probably the Rohit Sharma’s and the Rishabh Pant’s. Don’t get me wrong, they trusted their defence really well but they’ve got some great boundary options as well, which allowed them to turn the pressure to the bowler a little bit.

“Obviously defending you do need a little bit of luck, you need your play and misses and you need to hope your nicks drop short, but I think if you can just really nail your boundary options and if you know that if he gets into this area you can hit him over Cow [Corner] or mid-on for six of four, that’s a good way of turning pressure over.”

Pope argues that merely accumulating runs on pitches where the next ball could very well have your name on it perhaps isn’t the best option. Although England’s capitulation in two days in the third Test did little to dispel the notion that a modicum of patience might have gone a long way.

That said, batting at the Oval in the early part of this domestic season will seem a doddle to a batsman who boasts a first-class average in excess of 50.

“Chatting to the more experienced guys, the Joe Root’s, the Ben Stokes, those guys were pretty much saying exactly the same – these are the toughest conditions they’ve played in,” says Pope. “If those guys are saying it as well, then you know how challenging it is.”

With the Himalayan task of reclaiming the Ashes approaching rapidly, Pope will hope his Indian examination helps him pass his next test with flying colours.