Nic Maddinson’s domestic resurgence has been capped with the former Test batsman named the winner of the Bill Lawry Medal as Victoria’s Sheffield Shield Player of the Year on Thursday night.

In his second season with Victoria after moving from NSW, Maddinson was the leading run-scorer in the Shield with 780 runs at 86.66. He’d already jointly won the national Sheffield Shield Player of the Year award with NSW’s Moises Henriques. 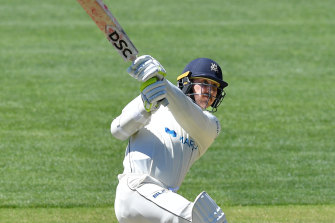