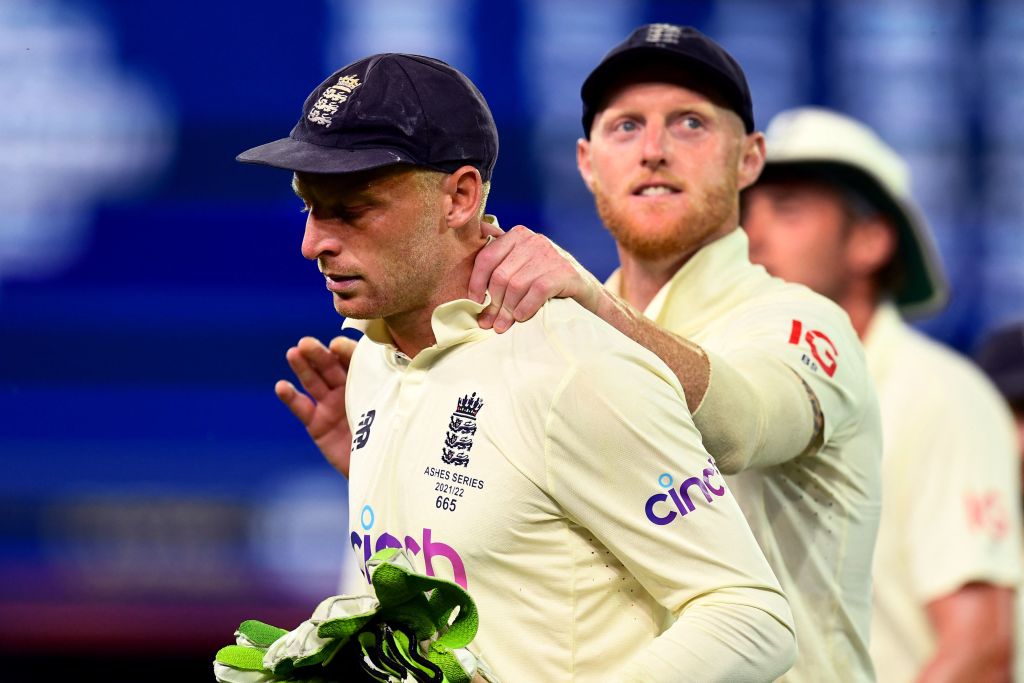 Matt Prior has hit out at Jos Buttler’s ‘lazy wicketkeeping’ after the England glovesman twice dropped Marnus Labuschagne to help put Australia in control on day one of the second Ashes Test.

Buttler got off to a dream start as he took a spectacular diving catch down the leg side to remove Marcus Harris off Stuart Broad’s bowling in only the eighth over at the Adelaide Oval, with the tourists 1-0 down in the series.

But Buttler had Ben Stokes staring daggers back down the track after putting down a Labuschagne top edge while the Australian No.3 was working his way in on 21.

Labuschagne went on to share a stand of 172 with opener David Warner before the latter was dismissed for 95 and England toiled to little avail as the day-night match grew darker.

Buttler, no doubt desperate to redeem himself after his earlier drop, had a glorious chance to end the day on a high as Labuschagne nicked behind off James Anderson’s bowling in the 85th over.

The wicket-keeper-batsman appeared close to tears, though, after he inexplicably fumbled what was a routine catch and Labuschagne finished on 95 unbeaten at close of play, with the hosts utterly dominant at 221-2 in their first innings.

‘There were a couple of takes down the leg side that, because I did it I watch the wicketkeeper very closely, and there are just little cues that you see,’ former England wicket-keeper Prior told BT Sport.

‘Everyone thinks it’s the hands that get you the catch, it’s not. It’s the footwork and your feet and then your hands just follow, but you have got to do the work with your legs.

‘There were a couple of takes down the leg side where he had a dive and a bit of a fall and a flop and that’s lazy wicketkeeping.

‘Really, if he was on it and that was the first over of the day, he would have been hop, skipping across and probably stayed on his feet, not diving.’

Prior had noticed Buttler’s energy levels drop off while watching on from the BT Sport studio, with Labuschagne on the brink of a century.

‘As a wicketkeeper you want to dive as little as possible. You want your feet to do the work to get you there and it just looked like his energy levels were dropping,’ Prior added.

‘We’d spoken about it around three overs beforehand and then suddenly that chance goes.

‘The other thing, as a wicketkeeper, you get that one chance and that’s what you will be judged on.’

Labuschagne admitted he was in a state of ‘disbelief’ after Buttler’s woeful drop kept him at the crease in the closing stages of day one.

‘That was massive for the team just getting through that period me and Steve and really setting up well for tomorrow and making a big first innings score,’ he said.

‘The last bit I wavered there with that shot and got dropped. A few prayers up there I don’t know how that happened

‘There’s a bit of disbelief. I have to capitalise on that now. I gave them a chance there so I’ve got to make sure no chance tomorrow.’