Magical and Addeybb, the first two home in last year’s Qipco Champion Stakes, will face off again at Ascot on Saturday with 11 runners declared for this season’s renewal.

O’Brien also runs impressive Derby winner Serpentine and Japan, who were both denied a run in the Prix de l’Arc de Triomphe due to an issue with contaminated feed.

The Ballydoyle handler thinks Magical could roll on to next month’s Breeders’ Cup meeting, should all go well on Saturday.

“The lads will see what they want to do, but it’s a very strong possible that she could go to Keeneland if everything goes well,” O’Brien told Sky Sports Racing. 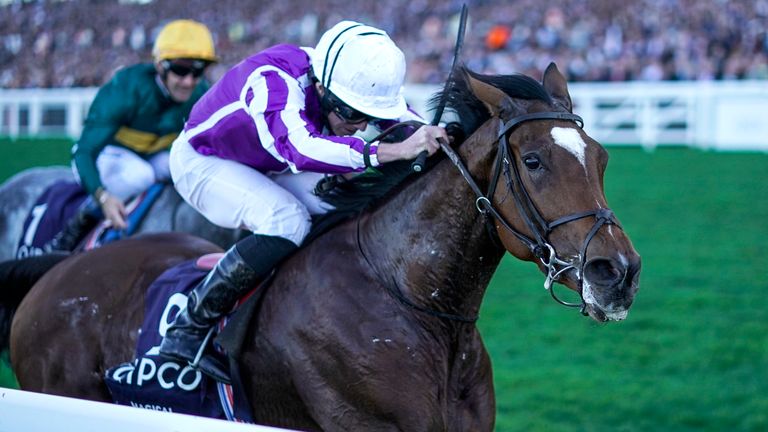 “The plan is that Colin (Keane) will ride Japan and William (Buick) will ride Serpentine, that’s what we’re thinking at the moment.

“We were very happy going into the Arc with Japan. We’ve had to carry on another two weeks, but everything has gone very well.

“We were over the moon with Serpentine in the Grand Prix de Paris, it was only a trial.

“He’s coming back to a mile and a quarter, but we’re looking forward to seeing him run.”

The William Haggas-trained Addeybb went down by three-quarters of a length 12 months ago, but has since elevated himself into a true Group One performer with two wins at the highest level in Australia. His only defeat in 12 months came at Royal Ascot in the Prince of Wales’s Stakes when second to Lord North and he will face John Gosden’s four-year-old again.

Lord North progressed rapidly through the handicap ranks from winning last year’s Cambridgeshire to victory at the highest level, but has not run since finishing third in the Juddmonte International.

Gosden has another very strong string to his bow in the shape of French Derby winner Mishriff, who will be ridden by Frankie Dettori, while there is an interesting French challenger in the shape of Skalleti, a mud-lover who beat subsequent Arc winner Sottsass in August.

Hollie Doyle rides Extra Elusive, Pyledriver drops back half a mile in distance having run well in the St Leger while Desert Encounter and San Donato also run.