Nine-time Derby winner Lester Piggott and undefeated horse Frankel have been officially named as the first two inductees into the newly-created Hall of Fame.

The honour, which will initially see Piggott and Frankel enshrined in Qipco British Champions Series’ online Hall of Fame with hopes of a physical version further down the line, was officially confirmed last week, with the first members presented with commemorative medals.

Piggott was presented with his medal at his home in Switzerland, and the 85-year-old said he was elated with the news.

“It’s an honour to become the first jockey – and the first person – to be inducted into the Qipco British Champions Series Hall of Fame and I’m truly delighted to receive this special medal,” he said.

“I feel fortunate to have spent many brilliant years riding such incredible horses and I’m touched to see my story so well preserved through this initiative. 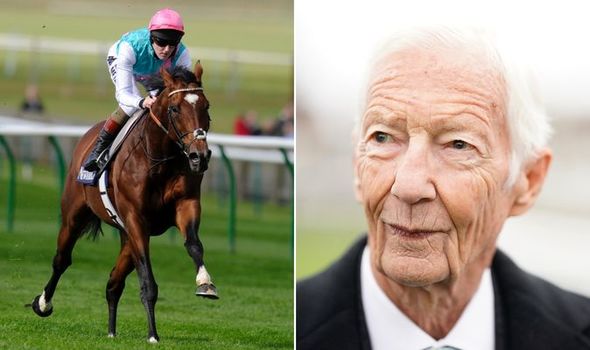 “The Hall of Fame is a terrific concept and something that racing has deserved for so many years.

“Our sport has such an incredible history and I hope that this provides an opportunity for many others to learn about it.”

Piggott also paid tribute to his fellow inductee, saying, “It’s only right that Frankel is the first horse to be inducted into the Hall of Fame.

“He did everything so easily and was the best by far during his time. He is the one horse that I wish I could have ridden.”

Frankel is the first horse to enter the Hall of Fame. Trained by the late Sir Henry Cecil, the stallion enjoyed a perfect career of 14 wins from 14 starts, including victories in the 2000 Guineas, the Queen Elizabeth II and the Champion Stakes over a remarkable two-year run.

Reacting to Frankel’s induction, Cecil’s widow, Lady Cecil, said, “I’d say Henry would be very proud of Frankel being inducted into the Hall of Fame, as am I.

“He’d say it was a fitting tribute because Frankel had such a brilliant racing career.

“It’s been a privilege to have been involved with the horse and it was such a pleasure to be around him on a daily basis with everyone at Warren Place.

“I always remember Teddy (Grimthorpe, racing manager) said, ‘Don’t forget to enjoy it’, and that’s exactly what we did.”