Usman Khawaja’s selection for the fifth Test ahead of Marcus Harris is a short-term move for Australia – and the right one. If I was a selector, I would have made the same call, but I do have concerns.

Though Harris has improved through the series, he has not appeared sound enough to demand re-selection over a player who scored a century in each innings. 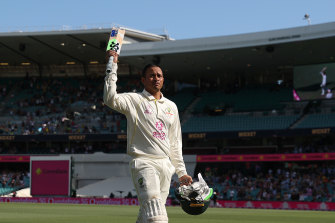 Usman Khawaja made an emphatic case to be retained for the fifth Ashes Test in Hobart.Credit:Getty Images

A nod to Harris may have been a nod to the future but despite the series scoreline there are times when the here and now is just as important. Not every selection has to be a statement about the years ahead.

My form was terrible in the 1992-93 series against the West Indies, leading to my dropping for the Perth Test. Justin Langer, coming off a gutsy 20 and 54 on debut in Adelaide, opened in my place with David Boon, and I returned in our next game in New Zealand. As disappointed as I was not to play, it eased upon seeing Curtly Ambrose take 7-1 on a fiery WACA pitch.

For Harris, getting dropped is not as big a blow as it may appear. In some ways, selectors could be doing him a favour by not exposing him to what looks to be bowler-friendly conditions.

If he was to play here and fail twice then there would be even more pressure on selectors to make a call on his career when they pick the squad for Pakistan. Khawaja could well make runs and cement his spot as an opener, but Harris, 29, remains an option.

The juggling act for selectors is to balance the needs of the team now and for the medium-term future, while also rewarding performance. 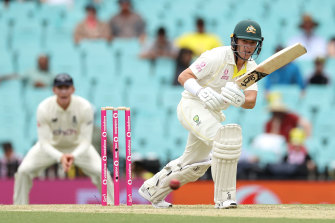 On form, Khawaja must play – but having two 35-year-olds opening the batting is a worry. What if both bow out at the same time, either through loss of form or hunger and desire? Selectors would then have two new openers coming in together.

In an ideal world for selectors, when David Warner retires Harris would have cemented himself at Test level so that Will Pucovski, should he overcome his injury issues, or the next player in line has a senior opener who he can turn to for advice or as a calming influence.

Harris is a little unfortunate in that he has been dropped at a time he is showing improvement though he remains vulnerable to balls around off stump. His numbers are not flattering but by regularly getting starts, he is seeing off the new ball and protecting Marnus Labuschagne and Steve Smith.

If Khawaja had made just the one century, there would have been a case for Harris to keep his place.

That said, Harris has not done all he can do protect his position – and I’m not referring to his batting. Harris is not a great fielder or catcher, so all he brings to the table are his runs.

I am a big believer that a batter needs to become a specialist fielder. Harris has been tried as an in-close fielder but does not make the most of his opportunities. The life he gave Ben Stokes in Sydney, though not straightforward, was costly, and there was a half-chance he did not take.

They are never easy under the lid, but there is no softness in his movement nor does he appear a natural catcher. Not every player can be a great slipper, but if you become a safe pair of hands, can cut off runs or hit the stumps, you become that much more important, and harder to drop. I have no doubt my ability in the slips saved me at times when I was in a lean spell with the bat.

Harris should take a leaf out of David Boon’s book. Boon was not a great fielder when I came into the Australian team, but he worked tirelessly with Bob Simpson, Ian Healy and the Waugh twins and in time he became a top-line catcher at bat pad. Just look at his take for Shane Warne’s hat-trick. If Harris could catch like Mark Waugh, he would still be in the team.

This is England’s last chance to take something from the series. They will not win in Hobart without a massive lift from their bowlers.

Stuart Broad is a player who brings fire and intensity to the side, but he appears to be on the outer for no good reason. He and Mark Wood have bowled with energy and consistency. Unless their teammates follow their lead, backed up by some urgency in the field, they will not be a threat in Hobart.

Mark Taylor played 104 Tests for Australia, 50 of them as captain, and led the country to three Ashes victories. He is a former Cricket Australia board member.