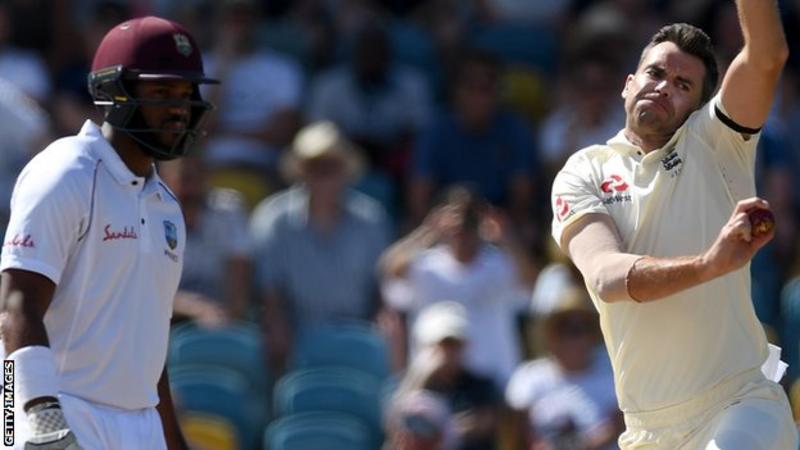 Windies captain Jason Holder said on Wednesday he will discuss with his team if they will add to the protests seen since the death of George Floyd.

“It’s been a very thought-provoking few weeks for everyone. It’s made me do a lot of thinking,” said Anderson.

“We will have conversations about what we can do as players to make a stand.”

Floyd, a 46-year-old unarmed black man, died after his neck was kneeled on by a police officer for nearly nine minutes while he was being restrained.

Amid demonstrations around the world, some sports stars have chosen to take a knee.

West Indies all-rounder Carlos Brathwaite, who will be part of the BBC commentary team for the three-Test series beginning on 8 July, took part in a protest in London.

“As players and a game, we need to be more active,” he said. “We need to actively make this a game for everyone.

“It can’t keep going the way it is. It’s just not OK. That is the sort of thing I’ve been thinking about. Is there more I can do as a player to help the situation?”

Sammy, meanwhile, has called on cricket’s governing body to do more to support nations outside the ‘big three’ of England, Australia and India,

Speaking to BBC Asian Network’s Ankur Desai, he said: “What is the International Cricket Council doing to help the lesser boards?

“West Indies are in England to tour right now during coronavirus. If it was in the Caribbean right now and England had to tour, would it be the same thing? How many players would turn up?”