India stunned England with a stirring fightback on Day Five at Lord’s, winning the second Test of the series by 151 runs, as the hosts crumbled with both the ball and then crucially the bat – bowled out for 120 – as their own hopes of victory disappeared into the ether.

It was a stark reminder for England of the fickle nature of Test cricket and just how quickly things can turn against you, given the hosts had started the day with high hopes of a victory of their own.

After a first day domination from India, England – largely through the efforts of James Anderson and Joe Root – painstakingly clawed their way back into proceedings over the course of days two, three and four of this Test, all the way to the point where the prospect of an unlikely comeback win seemed highly possible.

The fact that they then had to watch on as a Mohammed Shami and Jasprit Bumrah batting partnership laid waste to all their hopes, will be as galling as it was unlikely.

Shami and Bumrah after all were a pair who came into this match with batting averages of 11.23 and 3.55 respectively, and yet thanks to some ill-advised early attempts at intimidatory bowling, a partnership was allowed to flourish and soon began destroying any English hopes in the match. 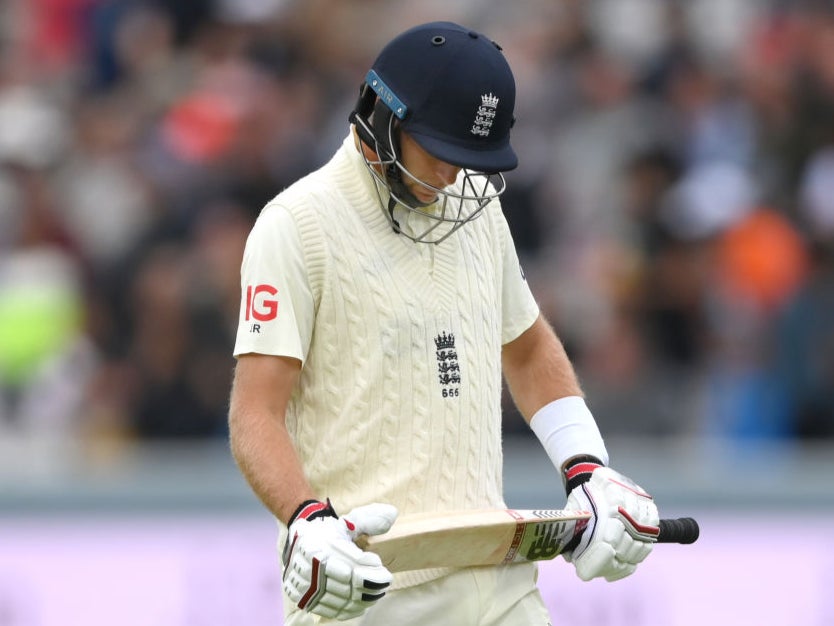 They came together with India’s lead at a chase-able 182, but when Virat Kohli declared an over and a half into the afternoon session, they had put on 89 unbroken runs, both notching Test-best scores in the process, to give the tourists an unassailable lead of 271.

Even by their own standards, England’s second innings got off to a diabolical start, Rory Burns lasting just three balls before giving an easy catch to Mohammad Siraj from a leading edge as he attempted to work one into the leg side. An unbelievable 37 per cent of England’s opening partnerships between Burns and Dom Sibley have now failed to make it as far as the end of the second over.

Sibley fared little better himself, falling for a duck of his own in the very next over, feathering an edge through to the wicketkeeper to leave England 1/2 and with Haseeb Hameed, a man on a king pair, striding to the wicket.

Hameed would survive being dropped by Rohit Sharma but his luck ran out eventually, the first of two Ishant Sharma LBW victims. The second, Jonny Bairstow, fell the ball before the Tea break, leaving England 67/4.

The truly fatal blow though would come three balls after the resumption of play, Root, England’s only reliable performer with the bat, caught in the slips by his opposite number Kohli off the bowling of Bumrah.

And with that England’s soft underbelly was exposed, and although there was some resistance from Jos Buttler and Moeen Ali, lasting 96 and 42 balls respectively, as well as a 35-ball effort from Ollie Robinson, Siraj would prove too good for the hosts, picking up four of the final five wickets to finish with figures of 4/32. Sam Curran suffering the ignominy of his second golden duck of the Test and becoming the first man to record a king pair in Lord’s history. 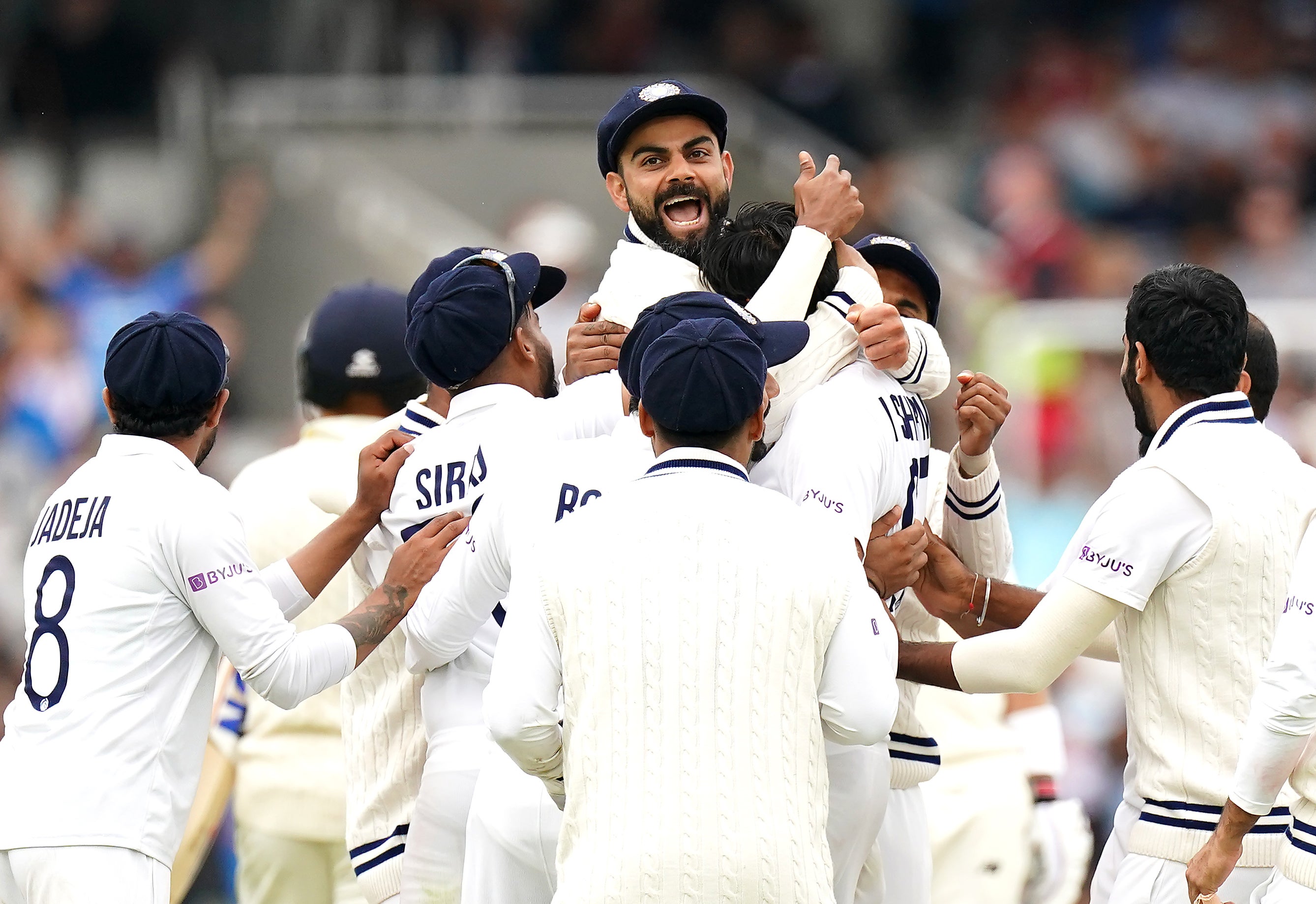 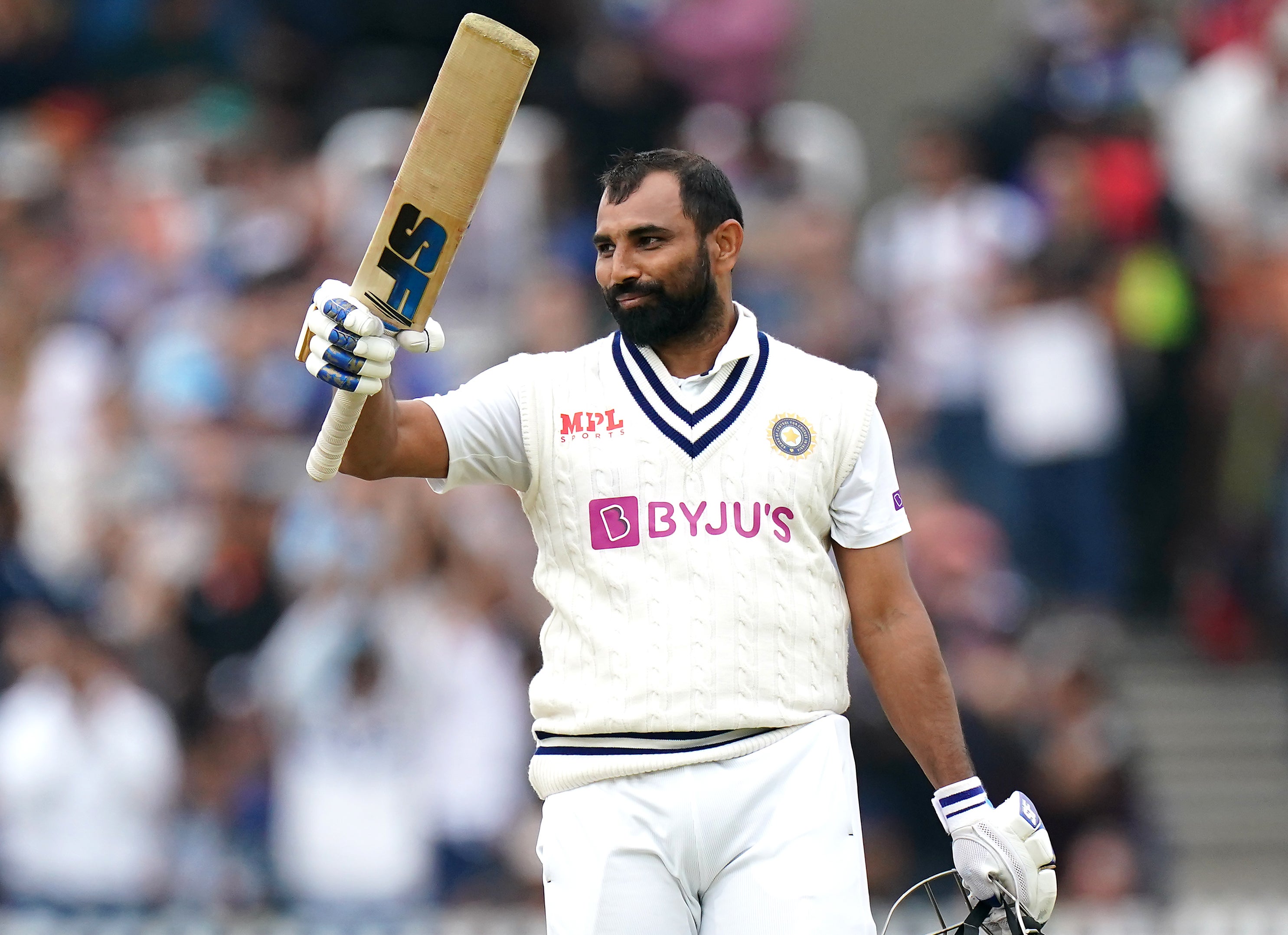 It was quite the turnaround for England who would have been forgiven for thinking that the match had turned decisively in their favour in just the third over of the day, Robinson enticing the dangerous Rishabh Pant – seemingly India’s last hope with the bat – into edging one through to the keeper.

When Robinson then added the wicket of Ishant Sharma, few would have predicted that by the end of the day India would be joyously celebrating a famous win on the Lord’s outfield, a thrilling conclusion to a remarkable five days of Test match cricket.