Hall Of Famer Might And Power died after suffering a colic attack at Living Legend on Saturday – and made Jim Cassidy cry again.

Might And Power was 26 and will be remembered as one of the greats of the Australian turf. He is one of only two horses to complete the remarkable feat of winning the Caulfield Cup, Melbourne Cup (1997) and Cox Plate (1998). 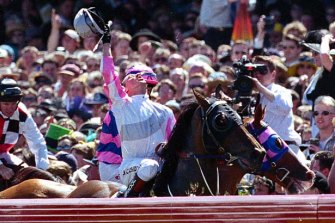 Jim Cassidy returns on Might and Power after winning the Melbourne Cup.

Might And Power's relentless style of taking a race on from the front and breaking his rivals' hearts was his trademark.

Might And Power was often in a different league, like his 7½-length Caulfield Cup victory but he was also a fighter as he showed when he fended off the challenge of Doriemus to win the Melbourne Cup by the smallest of margins a couple of weeks later in 1997.

“He could do things that 99.9 per cent of horses couldn’t.

“He could run time, he could run sections and had an enormous will to win to go with it.

“You saw that in the Melbourne Cup because they took him on at 1200, at the 600 and he still was able to fight off Doriemus in the final 200m and win it. 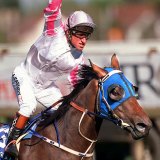 Might and Power streeted his rivals to win the Caulfield Cup in 1997.Credit:Vince Caligiuri

“On Caulfield Cup day there wasn’t a horse in the world that would have beaten him. Jack [Denham] had him looking as good as any horse I have ever seen on a racecourse."

Cassidy, a hardened racing man, has only shed a tear for a couple of horses and Might And Power was one of them.

"Him and Kiwi," Cassidy said. "They were special. Zoustar when I got my 100th group 1 as well.

"But Might And Power was different. I went to spring carnival launch a couple of years ago at the MCG and led him out.

"The girl who was looking after him said to me when I arrived, 'He doesn't like men.' I put my hand out to him and he dropped his head on my chest. And I couldn't help but cry. I did today as well." 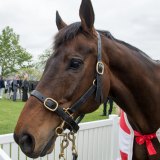 Might and Power before a Melbourne Cup parade.Credit:Penny Stephens

Might And Power fell ill on Queen Elizabeth Stakes day, a race he won by 10-½ lengths, and could not be saved at Werribee Equine Centre, dying early on Sunday morning.

“I am incredibly sad to have to let you know that Might and Power was euthanised in the early hours of this morning,” Living Legends chief executive Dr Andrew Clarke said.

“Our hearts are with owner Nick Moraitis and ‘Bob’’s many fans, and also to our wonderful staff who cared for him every day. Living Legends will never be the same without our treasured Might And Power.”

“A special thank you to Werribee Equine Centre for their efforts to save his life.”

Might And Power joined Rising Fast to be the only horse to win the Caulfield Cup, Melbourne Cup and Cox Plate. He is also in elite company that includes Phar Lap and Makybe Diva as reigning Melbourne Cup winners to claim the Cox Plate. 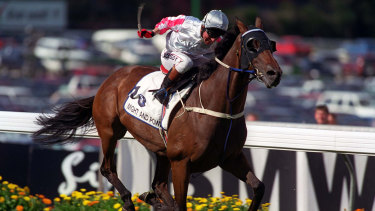 Jim Cassidy pilots Might And Power to win the 1998 Cox Plate at Moonee Valley.Credit:AAP

He was twice Australian horse of the year and named World Champion stayer in 1997. He also won a Tancred Stakes, Caulfield Stakes and a Doomben Cup in track record time.

Might And Power was retired in 1999 after suffering a tendon injury and became one of the most popular horses at Living Legends.

“The thing with him is that he had two lives. The one on the track was incredible but he was so well looked after, after it at Living Legends," Cassidy said.

"He had more visitors than someone in an old people's home and he was happy. I would see him at the Melbourne Cup parade every year and he was like a two-year-old.