As the NRL and FFA chief, David Gallop did not always have the best relationship with players, but the experienced administrator has emerged as a contender for the top job with Australian cricket's players union.

In fact, the Australian Cricketers' Association has attracted some big names, which should not come as a surprise given the chaos the pandemic has wreaked on sporting officials.

Also in the running are ex-NRL chief Todd Greenberg and chief of the Federation of International Cricketers' Association Tom Moffatt.

Another name to have been mentioned in dispatches is former Test paceman and the man who set up the Sydney Sixers' early run of success Stuart Clark, whose time as the NSWRL chief operating officer came to an end in October. 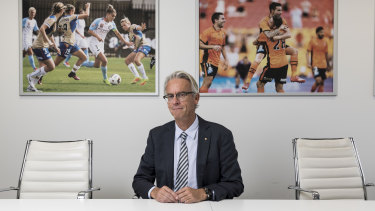 One man without the profile but who might have the inside running is the person currently filling the role, Joe Connellan. Connellan made no secret of his interest in the role during the Boxing Day Test.

The pay deal with the players struck in such acrimony in 2017 is up for negotiation in 2021, and Connellan, the ACA's general counsel of four years, knows the ins and outs better than most.

As ex-AFL footballer Alastair Nicholson showed in his six years at the helm, people outside cricket can succeed in the role, but our operatives tell us the ACA wants someone across the fine print of the game.

Australian cricket fans will have to wait until next season for their next chance to see Meg Lanning's all-conquering side play.

The national women's side was due to take on India in a one-day international series in January, but the games have been postponed until next season due to the pandemic. CA is planning to add on three Twenty20s. 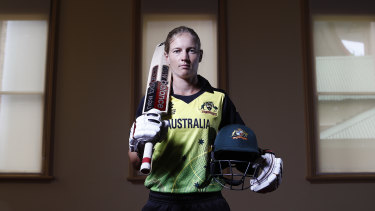 The national women’s team’s ODI series against India has been postponed.Credit:Getty Images

The games were initially scheduled as a warm-up for the 2021 World Cup in New Zealand, which has been pushed back.

"We are very hopeful of delivering an expanded schedule between the Australian and Indian women’s teams for next season, which would be an outstanding result for fans in both countries," CA's interim chief Nick Hockley said.

"We had initially hoped to play India this summer, however the impact of the global pandemic made it necessary to postpone until next season.

"It will be wonderful to once again host the Indian women’s team, who were centre stage for that unforgettable ICC T20 World Cup final at the MCG in March, and to do so with an expanded schedule from what was originally planned."

There are plans for Australia to tour New Zealand for a suite of ODI and T20 games.

Some of you may be familiar with the story of former SAS team commander Harry Moffitt, who was once sledged by the Taliban for his lack of cricket prowess.

Moffitt has 11 cricket bats, representing 11 years and 11 deployments on combat operations in Timor (twice), Iraq (twice) and Afghanistan (seven times), which have been on display at Canberra's Australian War Museum and the Shrine of Remembrance in Melbourne. 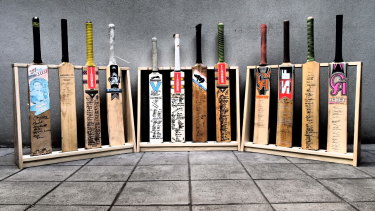 Depending on coronavirus restrictions, Moffitt is planning to tour them across Australia in the next three months. There's also a social game organised for his Wandering Warriors against the Australian Cricket Society's Wanderers team to raise money for education for those transitioning out of defence.

Moffitt has form in charity games. Eight years ago, he hosted a seven-a-side "backyard Test" at the MCG (Moffitt Cricket Ground) at his then home in Fremantle to raise funds for Muscular Dystrophy WA. Among the players were Adam Gilchrist, Brad Hogg and Justin Langer, who was a late arrival.

In order to avoid autograph hunters coming to pester the stars, Moffitt gave his wife, who does not share his love of the game, strict instructions not to let any visitors in. So you can imagine the surprise Langer received when he knocked at the door only to be told he could not come in.

"He had to text through to Gilchrist saying, 'I'm out the front'," Moffitt said with a laugh. "He wasn't too happy."

West Indies captain Jason Holder has left quite an impression in a short time on his Sydney Sixers teammates – and not because of his spectacular sign-off this week.

The Sixers bid farewell to the star all-rounder, who has headed home to the Caribbean after months on the road, paying tribute to a man described as a "pretty special guy" who had time for everyone in the side.

The Tonk has been told one youngster described a round of golf with Holder as the "best three hours of his life".

Also out of the Sixers camp is news of a budding bromance. It's not quite in the same ilk as Arnold Schwarzenegger and Danny DeVito in Twins, but we hear star West Indies import Carlos Brathwaite and rising spin star Lloyd Pope have hit it off.

It has not been easy for Sixers players, many of whom have been unable to see partners and families during the Christmas period due to the coronavirus outbreak in Sydney.