SuperCoach Racing 2020: Our experts reveal their Round 5 stables

While the French Flat action has flown the Tricolore this week, Auteuil, the jumps track in Paris, stages a terrific nine-race jumps fixture on Saturday with the action shown live on Sky Sports.

Highlight on the card is the Grade 2 Prix Murat, often seen as a prep race for the prestigious Grand Steeplechase de Paris scheduled for the first Sunday in June.

Last year’s Grand Steep winner, Carriacou, is likely to be fancied in the market – along with last-time out hurdle winner Figuero. However, connections may have their sights set on a repeat bid next month and improving mare EBONITE (1.35) could land this prize for trainer Emmanuel Clayeux. 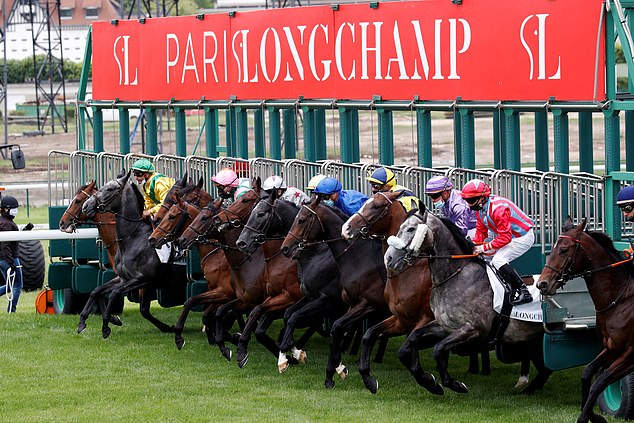 The six-year-old finished in front of Carriacou when they met last November in the Prix La Haye Jousselin and returned from a four-month absence in great form at this venue to land the Grade 3 Prix Troytown in the middle of March.

Fillies and mares bid for some black type later on the afternoon in the Prix d’Arles and it would be no surprise to see one of the more unexposed types like Seduction, Zialight or KATY LOVE (2.45) take a marked step forward.

The latter was beaten at Compeigne before bouncing back with two smooth victories to restore her reputation either side of Christmas.

She has struck up a good relationship with rider Nathalie Desoutter and deserves her chance in this company, even if this is her first start at Auteuil.

Earlier on the card, NIMES (1.05) could be another name to note given he was so impressive on his Compiegne racecourse debut back in March.

It was no surprise to see a Guillaume Macaire-trained newcomer so well drilled and the debutante duly made an emphatic winning start to life over hurdles under jockey James Reveley.

Connections are reportedly eyeing – no pun intended despite their Saint Des Saints gelding being partially blind in his right eye – a prestigious Grade One juvenile prize this summer with Nimes who may find stablemate Yes Indeed providing the stiffest competition here.