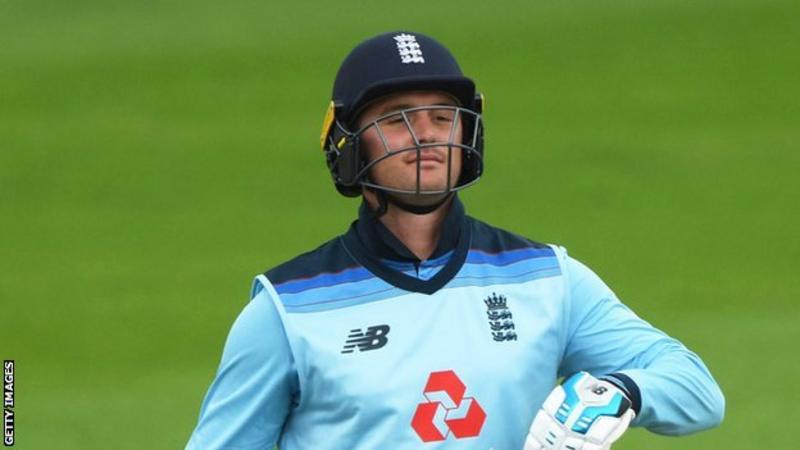 England begin a three-match one-day international series with Ireland on Thursday – the longest bilateral series the two sides have ever played.

A cramped schedule, and precautions to ensure both teams remain in a bio-secure “bubble” – mean that England’s Test players are unavailable and they will field an entirely different ODI XI to the men who won in Manchester on Tuesday.

But the hosts have several players desperate to press a claim for further international recognition, while Ireland are keen to impress in what are their only scheduled fixtures of the year.

Add in the start of a new competition, with some interesting rule changes – and there is more at stake than meets the eye.

A year on from the World Cup

Thursday’s opening match is England’s first 50-over game on home soil for 382 days, since they lifted the World Cup after overcoming New Zealand in a thrilling final.

Fixtures against Ireland and Scotland have often meant the resting of star players and the blooding of rookies.

Even among England’s World Cup-winning squad, Adil Rashid, Ben Stokes, Jason Roy, James Vince, Mark Wood and Jofra Archer all made their 50-over debuts in one-off ODIs in Belfast or Dublin.

This time round, the coronavirus pandemic has, indirectly, contributed to England fielding entirely different Test and limited-overs teams.

But far from being an ‘England B’ squad, this will be a stronger one-day side than England have often selected to face Ireland, including eight World Cup squad members – albeit without Test regulars Stokes, Archer, Wood, Chris Woakes, Joe Root and Jos Buttler.

England fringe players under the microscope

While none of the seven uncapped players in England’s original 24-man training group are included – even Phil Salt’s 58-ball century for England Lions against Ireland in a warm-up last Sunday was not enough for him to make the cut – there are some interesting selections.

While England’s 50-over team had most bases covered at the World Cup, they would love the variation of a left-arm seamer as a bowling option – so have turned to Reece Topley, more than four years after his last England appearance.

Topley, now with his fourth county, will look to put his back problems behind him and restart his international career, while fellow left-armer David Willey is recalled after narrowly missing out on the World Cup squad and not being selected for the winter tours.

Tom Curran and Liam Dawson carried the drinks for the whole of that World Cup but get another chance, while Moeen Ali, Jonny Bairstow and Joe Denly will surely be hoping to remind the selectors of their qualities if a Test place becomes vacant.

Meanwhile, the selection of James Vince – out of the Test side for two and a half years – ahead of some younger batsmen indicates he is still in England’s plans, and he has the perfect stage of a series on his home ground, where he has played some majestic 50-over innings.

The pandemic has deprived Ireland of scheduled 2020 fixtures against Zimbabwe, New Zealand and Pakistan, leaving this series as their only show in town as it stands.

Ireland have been on an upward trajectory since they shocked the cricket world with their heroics at the 2007 World Cup and their only win over England at the 2011 event.

Not only have they earned Test status, they are taking part in the inaugural World Cup Super League (more on that in a minute) and have earned the right to a ‘proper’ three-game ODI series against England, rather than a one-off game.

Only Kevin O’Brien, William Porterfield and Boyd Rankin remain in the Irish set-up from the 2007 squad, and there is a sense of a new era – not least after the squad moved to full-time professional contracts for the first time in January.

Andrew Balbirnie succeeded Porterfield as skipper late last year, while his new vice-captain Paul Stirling was faced with a tough choice over his future career.

The flip side of Ireland’s Test status has meant their players can no longer appear in English county cricket as domestic players – even those with UK passports such as Belfast-born Stirling.

So, he has left Middlesex after 10 years and joined Northamptonshire as an overseas player for the T20 Blast – while, by contrast, Tim Murtagh and Stuart Poynter have relinquished their Ireland careers to remain in county cricket as domestic players.

What about those new rules?

The new ICC World Cup Super League is analogous to the ongoing World Test Championship – but is also the pathway to qualification for the 2023 World Cup.

Each team plays eight of the other 12 teams involved – four home and four away – over three ODIs, with 10 points for a win, and five for a tie, no result or abandonment.

An eye-catching development in Super League games is that third umpires will exclusively call front-foot no-balls – a playing condition successfully used in the Women’s T20 World Cup earlier this year.

In a clampdown on slow over-rates, teams will be deducted one Super League point for every full over they fall short.

And as with the England Test series, both teams will be given an extra use of the Decision Review System per innings as an interim measure – rising from one to two.