England smash a record TWENTY sixes as they thump South Africa by 41 runs to go 1-0 up in T20 series, with Jonny Bairstow still on red hot form after scoring 90 and Moeen Ali hitting rapid half-century off just 16 balls

Jonny Bairstow was roared to the middle like a local hero, and later departed to a standing ovation. In between, he battered South Africa for 90 off 53 balls to continue his golden summer and give England’s white-ball team a welcome shot in the arm.

This was a night when, for the first time since he became captain, Jos Buttler’s side resembled the six-hitting powerhouses who strutted their stuff under Eoin Morgan. Victory by 41 runs was no less than they deserved.

The short boundaries at Bristol’s Nevil Road demand all-out attack, but this was still some display. England cleared the ropes 20 times – comfortably a national T20 record – with eight alone from Bairstow and six from Moeen Ali, who butchered a half-century from 16 balls. That was a record too. 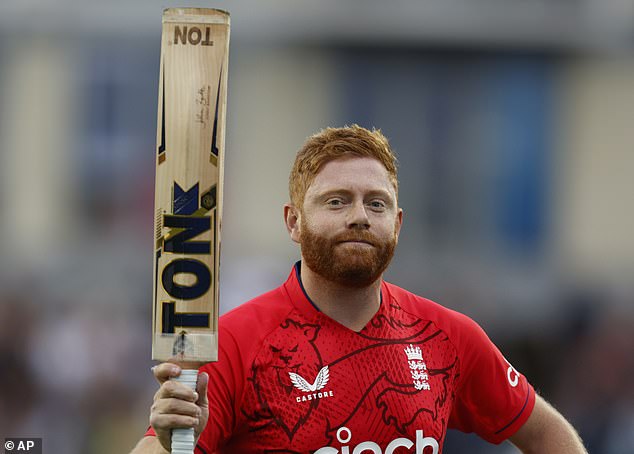 ‘The record means a lot, because there are guys in our changing room who score quick, and I can brag about having the fastest for England,’ said Ali.

‘Jonny’s someone I’ve always enjoyed batting with – he’s busy, strong and powerful. He is a brilliant player, and one of the few still playing all forms of the game. Tonight, he showed how good he is.’

Dawid Malan, meanwhile, managed four sixes of his own during a 23-ball 43 as England – asked to bat by South African captain David Miller – racked up 234 for six, their second-highest total.

But it was Bairstow who stole the show and endangered the spectators in a capacity crowd of almost 14,000.

He had already made a persuasive case to be named England’s player of the summer after thrashing 589 runs, including four hundreds, in five Test innings against New Zealand and India.

Now he applied Bazball to the shortest format, almost nominating his sixes in advance as he got stuck into left-arm wrist-spinner Tabraiz Shamsi and Andile Phehlukwayo, who disappeared for 33 in an over at the height of the carnage. The fourth-wicket stand between Bairstow and Ali was worth 106 in 5.5 overs, as well as every penny of the entrance fee. 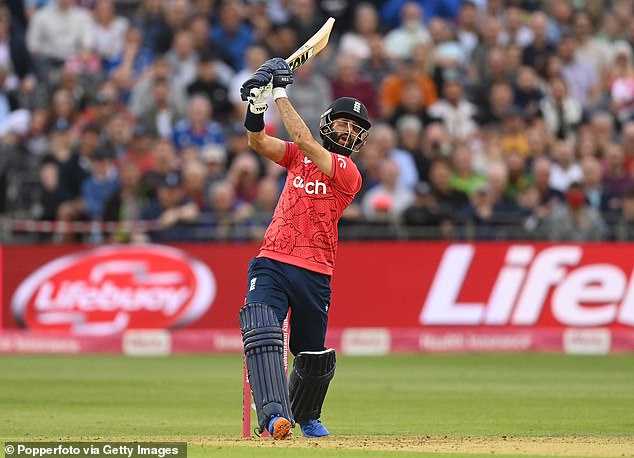 With two balls of the innings to go, and Bairstow on 90, few were betting against him joining Malan, Buttler and Heather Knight as the only England players to score international hundreds in each of the three formats.

But, having survived chances of varying difficulty on 12, 72 and 77, he miscued to deep midwicket, giving Lungi Ngidi his fifth wicket – a heroic performance in the circumstances. Without his clever slower ball, South Africa would have been chasing more than 250.

Bairstow left the field to a rousing reception – gratitude for an evening’s entertainment but also, no doubt, for the central role he has played in England’s Test resurgence. Right now, he must wish this season never ends.

Jason Roy may be experiencing different emotions. He entered this game in desperate need of runs, and scratched around for eight off 15 balls at the top of the order, where fielding restrictions are at their kindest for batsmen. 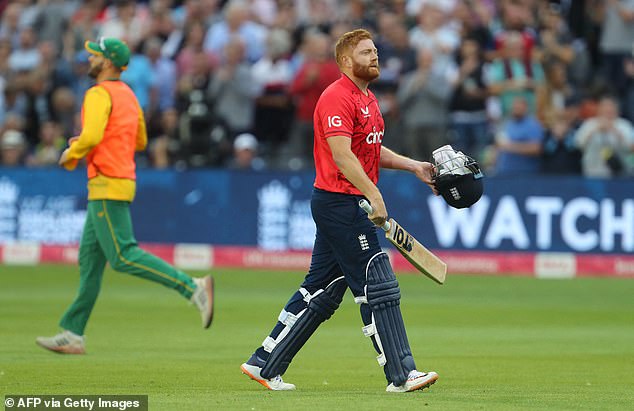 The worry for England was that it did not even qualify as his worst innings of an underwhelming few weeks. That came in the first T20 against India at the Ageas Bowl, when he made four off 16 deliveries, and looked like a player either hopelessly out of form or terminally on the wane.

Nine white-ball knocks this summer have brought him 160 runs at 17, leaving England with a tricky decision as they approach October’s World Cup in Australia.

Do they cut their losses, and either replace Roy with Phil Salt or promote Bairstow to opener and bring Harry Brook into the middle order? Or do they remain loyal to a player who was at the heart of Morgan’s white-ball revolution?

Part of the problem is that Morgan’s retirement and Ben Stokes’s decision to quit one-day internationals has already deprived England of two senior pros. But if Roy fails again today in Cardiff and on Sunday in Southampton, Buttler may have to snip the umbilical cord. 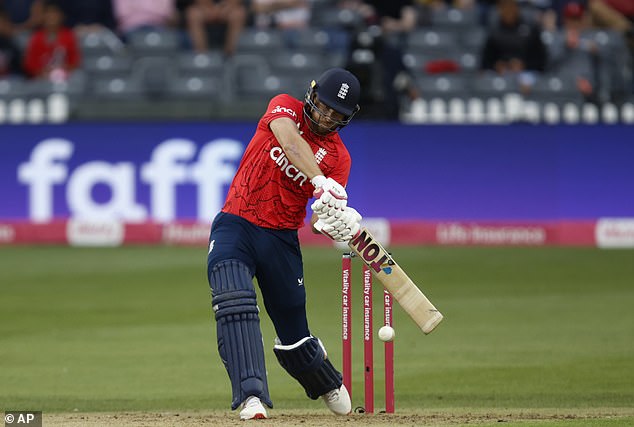 Dawid Malan, meanwhile, managed four sixes of his own during a 23-ball 43 in Bristol

Overall, though, the new captain got the tonic he was after as he goes in search of a first series win. Buttler himself gave England a heady start with 22 in seven balls – an innings that helped camouflage Roy’s travails at the other end, and was ended only by a superb catch at long-off by Miller, his opposite number.

If England can win again today at Sophia Gardens, Buttler will be breathing a little more freely ahead of the seven-match T20 series in Pakistan that starts in September.

He will be pleased, too, with the way his bowlers responded to Bristol’s postage-stamp dimensions – initially, at least. 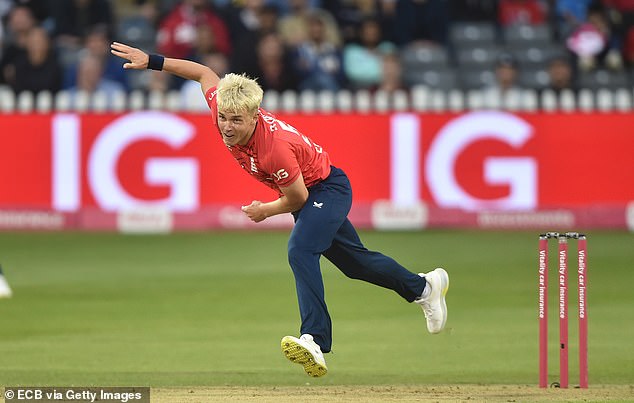 Reeza Hendricks connected with a few en route to a 28-ball fifty, but he was hitting fours rather than sixes, and not until the 21-year-old Tristan Stubbs, playing only his third T20 international, started clearing the ropes did South Africa look as if they had grasped what was needed.

Adil Rashid removed Heinrich Klaasen and Miller, both caught by Chris Jordan, but Stubbs raced to a 19-ball half-century, including six sixes, and it needed some canny death bowling from Curran and Jordan to avert an England meltdown.

When, in the 19th over, Stubbs slogged Richard Gleeson to Roy at long-off to depart for an incendiary 72 off 28 deliveries, the game really was up.