It really could not have gone any better. A blighted summer that may have proved the ruination of English cricket has been rescued by an international season that ends perfectly with a 50-over decider between England and Australia.

There has, of course, been considerable damage to the game from the pandemic and Tuesday’s warning from ECB chief executive Tom Harrison that losses could still reach £200million provides a sobering backdrop to an enticing Emirates Old Trafford finale.

But how much worse it would have been had West Indies, men and women, Pakistan and Australia not put their faith in the brilliantly organised, hyper-strict biosecure bubbles in Manchester and Southampton provided by Steve Elworthy and his team. 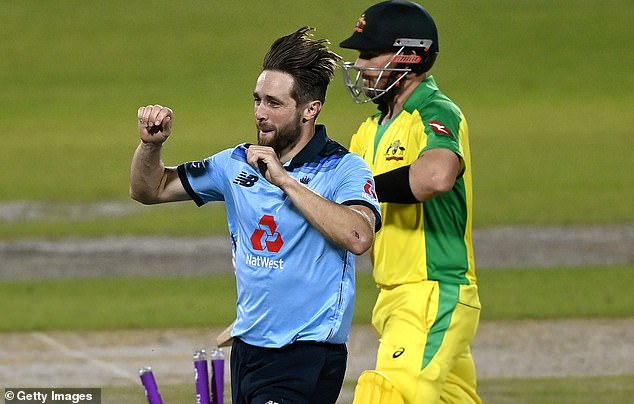 So effective and so well respected have the rules been that there has not been a single positive Covid test among the players, officials, broadcasters, ground staff and press involved in all 18 international matches.

And the reward has been a compelling summer of cricket across all formats that will end with England looking to not only preserve their five-year unbeaten home series record in 50-over cricket, but also go unbeaten in all formats this season.

Only a drawn Twenty20 series against Pakistan will stop England completing a summer clean sweep if they can conjure up one more victory to complete a come- from-behind series win and lay down an Ashes marker by beating Australia 2-1.

‘At one point it didn’t look as though a ball would be bowled this summer,’ said Chris Woakes on Tuesday. ‘So credit to everyone involved for making it happen. To be away from families and friends in this environment has been tough at times, but the players have pulled together and played some very good cricket. 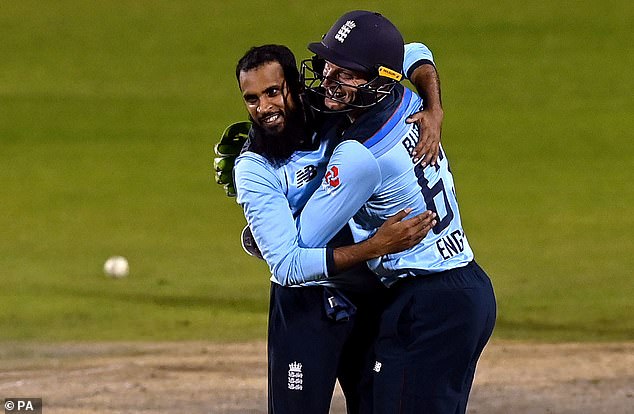 ‘When the team are winning and you’re performing well the bubble can be brilliant. But when you have had a bad day it can be hard to get away from. You are constantly looking at the pitch from your hotel and there have been times when you just wanted to get away from it all but we have stuck to our task really well. Everyone has done a great job.’

How satisfying it would be for England if they can preserve that 50-over record on a fresh Old Trafford pitch that should suit their strengths.

‘To have not lost a one-day series at home in five years is a hell of an achievement,’ said Woakes, who took three of the four wickets to fall in 21 balls on Sunday as England pulled off an extraordinary series-levelling victory. ‘We have earned respect in that time and teams now realise we can reel them in and the game is never over until they are over the line.

‘We have character and belief in the dressing room that we can win from any position now, not just with bat but with ball, too. Of course we want to keep that run going but when you play Australia there’s always enough on the line anyway. It would be really good to end this summer on a high.’ 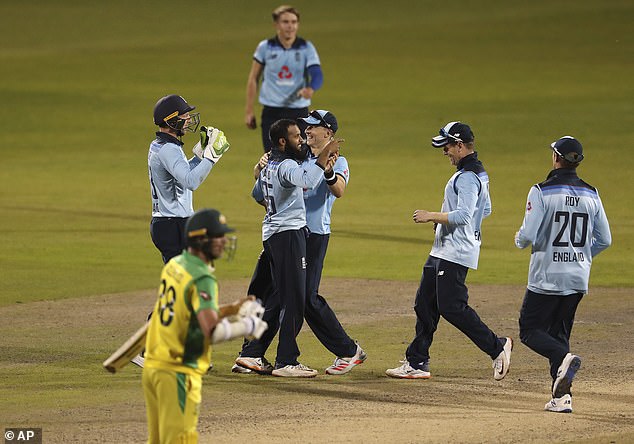 Encouragingly, England have not been at their best so far in this series, perhaps because they have been playing on the slow pitches Eoin Morgan has encouraged to provide experience of the conditions awaiting them at the T20 and 50-over World Cups in India.

But there should be plenty of trademark Old Trafford pace and bounce to not just encourage Jofra Archer, brilliant now he has a white ball back in his hand, but also the fit-again Mark Wood, who is set to play ahead of Tom or Sam Curran.

Then, when the final bubble has burst, England and Australia’s Indian Premier League players will share a charter flight to Dubai on Wednesday  to play in this year’s competition throughout the United Arab Emirates. The IPL is the one certainty of the winter schedule but England still hope to play white-ball matches in South Africa in November before Test tours to Sri Lanka in January and against India, probably also in the UAE, in February and March.

Before then the ECB will have to decide on England’s central contracts. These are said to be exempt from the cutbacks announced yesterday that will see the governing body’s budget reduced by 20 per cent. 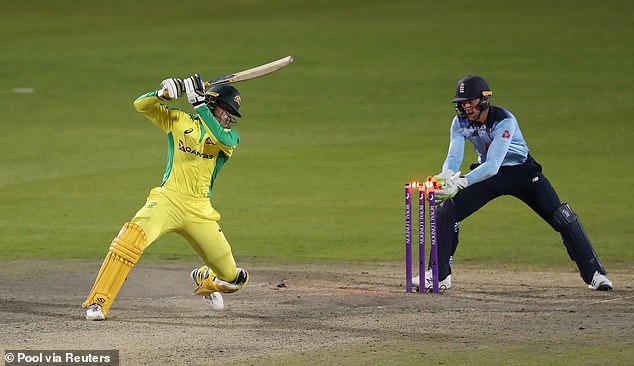 But Woakes hinted that England’s top players, who gave up 20 per cent of their salaries for three months at the start of lockdown, may make another gesture in support of those who may lose their jobs behind the scenes.

‘It’s a situation where we need to sit down as players and see what happens with regards to these contracts coming up,’ he said.

‘At the moment it’s hard for me to say we’re going to take cuts and there will be donations left, right and centre.

‘Until we see what happens from above and get more of a feel for it, we won’t know what will happen, but I wouldn’t rule anything out.’

For now one last, massive behind-closed-doors encounter awaits when England will hope to conclude a most extraordinary season on the biggest of highs.

BATTLES THAT WILL DECIDE THE DECIDER:

Australia may play down the relevance of this 50-over series to next year’s Ashes — and even Jofra Archer said his dominance of David Warner had no bearing on Tests when asked this week — but four dismissals in four innings must have an impact in the psychological battle. If Archer can make it five out of five, Warner will be thinking about it for the next year or so before they meet again at the Gabba. 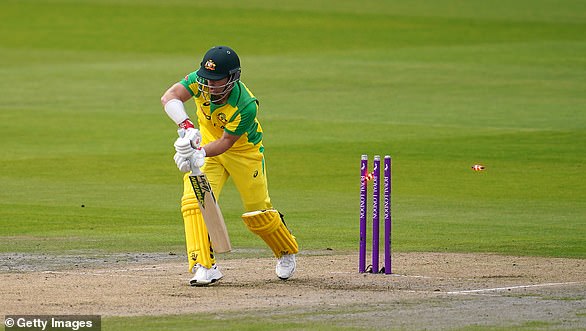 It is no coincidence Australia brought Josh Hazlewood out of white-ball exile to field an all-Ashes pace attack with Mitchell Starc and Pat Cummins for these 50-over matches. Australia’s big three have been in the ascendancy and England’s top order have to improve today on their power-play efforts so far of 22 for two in 10 overs, then 32 for two.

FLICK OF THE WRIST

Australia leg-spinner Adam Zampa has been a key figure with seven wickets in the two games and England’s more experienced wrist-spinner Adil Rashid must do better than figures of one for 67 in the second game, his only wicket coming at the death when Alex Carey fell slogging. Rashid needs to show he can cope with the pressure of being the sole spinner without his great pal Moeen Ali in the side.

Sam Billings has long been the nearly man of England’s white-ball side and now has the thankless task of being Ben Stokes’s stand-in. But he showed in making a century in the first game that he could become England’s finisher, at least in Twenty20 now Jos Buttler has moved to the top of the order. He could do with repeating the trick if he gets the chance after falling to Zampa in the second match. 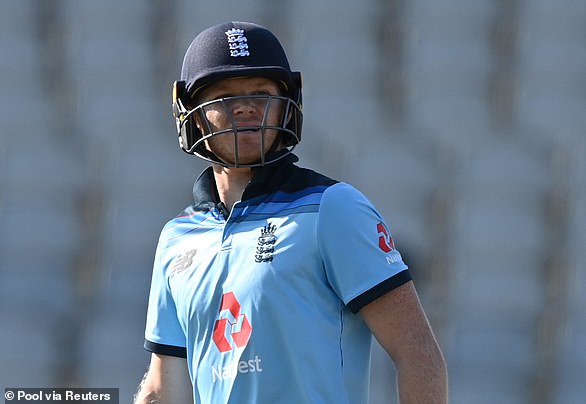 CAN ENGLAND MAKE IT AN UNBEATEN SUMMER?

PS – England have not lost a home ODI series in five years since the Aussies beat them 3-2 in 2015. Eoin Morgan’s side have not tasted defeat anywhere in the world since losing 2-1 in India in January 2017.