‘Just give Australia the 5-0 and come home’: England fans left ‘seething’ after their ‘shambolic’ and ‘feeble’ innings Ashes defeat in Melbourne… as they claim hosts retained urn ‘without breaking sweat’

England fans slammed their side’s ‘shambolic’ and ‘feeble’ performance after they lost by an innings and 14 runs to ensure the Ashes will remain in Australia.

Joe Root’s men lost six wickets for 22 runs before lunch on day three in Melbourne as they were bowled out for 68 to see Pat Cummins’ side take an unassailable 3-0 series lead.

It was England’s lowest Test total Down Under in 117 years and fans did not hold back with their assessment of the visitors’ display at the MCG, which leaves them playing for little other than pride in the two remaining matches of the series. 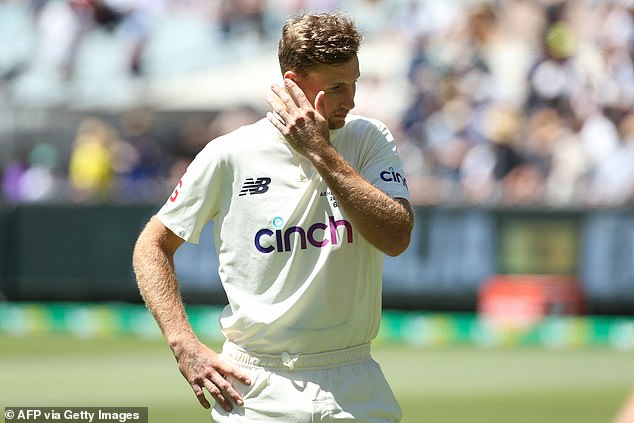 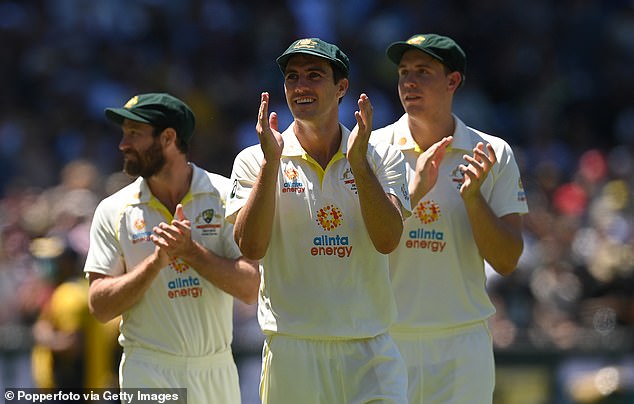 One Twitter user claimed England should not bother turning up for the final two Tests in Sydney and Hobart, and said he only wants captain Root and Ben Stokes to survive beyond the series among the batsmen.

‘The most embarrassing and shambolic England cricket performance I can remember in my lifetime,’ one tweeted.

‘Just give Australia the 5-0 and come home. Bar Root and Stokes I don’t want to see any of these batsmen play again.’

Others were also left angry with the ‘spineless’ performance and admitted they felt sorry for Root, who finished 2021 on 1,708 Test runs, the third-highest tally ever by a single player in the men’s game in a calendar year. 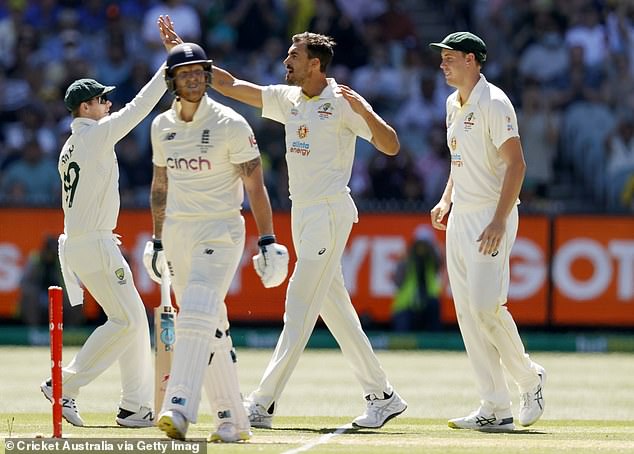 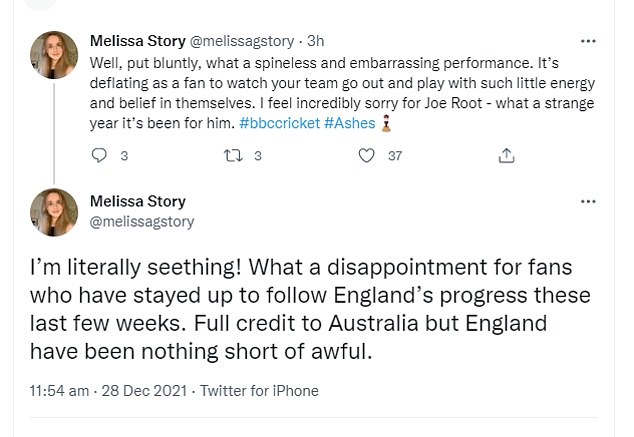 ‘Well, put bluntly, what a spineless and embarrassing performance,’ one wrote.

‘It’s deflating as a fan to watch your team go out and play with such little energy and belief in themselves. I feel incredibly sorry for Joe Root – what a strange year it’s been for him.

‘I’m literally seething! What a disappointment for fans who have stayed up to follow England’s progress these last few weeks. Full credit to Australia but England have been nothing short of awful.’

Others meanwhile were left lamenting how easy the series has been for Australia, who now hold on to the urn that they won in the last series Down Under in 2017-18.

‘Most embarrassing and pathetic display from England,’ one wrote. ‘All this talk pre-match and its yet another woeful and feeble batting performance. Australia retain the Ashes without having to break sweat.’

Another meanwhile added: ‘Losing a test by an innings, with the opposition scoring just 267 runs. The ineptitude is actually an impressive feat.’

Mail on Sunday commentator Dan Hodges meanwhile believes England had given up hope before they had even arrived Down Under, tweeting: ‘I’ve seen some abject Ashes performances from England.

‘This three match capitulation is the worst ever. They’d given up before the even got off the plane. A disgrace.’

Another was critical of England’s mental approach, with one adding: ‘Need to stop playing The Ashes in Australia. England just don’t have the mentality to win down under.’

Others however took joy in England’s pain, and joked England should not be allowed to play against higher quality opposition.

One tweeted: ‘England cricket group keeps talking about Ashes 365 days but when the series starts they play like Zimbabwe..lol.’

Another argued along similar lines, adding: ‘England should start playing against associate nations.’

Others preferred to poke fun at England for the ‘planning’ the likes of coach Chris Silverwood had referred to for this series.

One tweeted: ‘Just think how bad it would have been without all the #planning’. In a less ironic and more serious manner, others were also keen to point out how England’s isolation in Queensland at the start of the tour lasted longer than the fate of the Ashes remaining undecided.