It's an old adage, but it certainly rang true in the two feature races at Flemington on Saturday when Defibrillate stamped himself as a stayer on the up in the Lexus Handicap and Never Again took out the listed Sir Chester Manifold Stakes over 1400-metres. 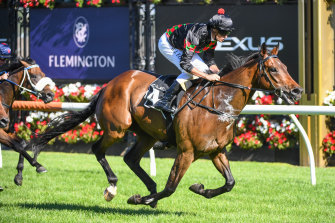 Both horses had been in action a fortnight earlier at Caulfield's Boxing Day meeting when the pair had won – Defibrillate when he sprang a $31 surprise in the listed Lord Stakes and Never Again when he saluted at $17 in a benchmark 78 handicap.

Both went off at much shorter odds when they backed up at Flemington but their respective trainers, Patrick Payne and Clinton McDonald, knew what they were doing.

At Caulfield, Defibrillate had been ridden by claiming apprentice Tahlia Hope, but on this occasion Payne's regular rider, Billy Egan, took over.

Michael Walker got the seat on Never Again this time after another young apprentice, Will Price, had landed the prize at Caulfield. He was delighted to be back aboard. 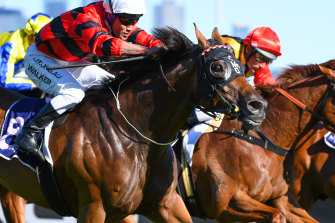 "I rode him at his first start and he gave me the feel of a nice horse. I think I rode him once more at the end of his prep and it was third time lucky to get the win today," he said.

Egan was particularly enthused by Defibrillate's performance, having missed the ride at Caulfield because he had taken a break over the Christmas holidays. 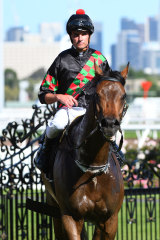 "I was having a good Christmas break and I was watching when I was having a bit of lunch and I thought that 56 [kilos] might not have been that hard on Boxing Day when he won. But it's nice to get back on him and Tahlia did a good job on him last start, too."

Earlier in the day, two-year-old Abseiler sprang a surprise in the opening event when he was too quick for the favourite Telluride from the Godolphin yard.

Abseiler was a pick-up ride for Craig Newitt, but he was not entirely unknown to the jockey as he had ridden his sire, Extreme Choice, to victory in the Blue Diamond in his racing days.

Trainer Lloyd Kennewell was away on the Gold Coast for the Magic Millions yearling sales but
Newitt complimented him on the horse's calm manner at his first race start.

"It's been a long, long time since I've ridden a two-year-old so professional. He cantered down to the gates like he's been here a hundred times," he said.