The long and winding road from Canberra to NSW’s South Coast has often ended with success for trainers from the nation’s capital, but that could reach new levels in Monday’s feature Moruya Cup meeting.

Starting with the only two-year-old runner on the card in the opening Maiden Hcp over 1010m, Canberra stables are set to dominate the card. 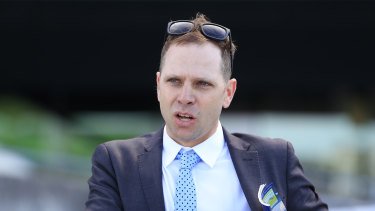 In fact, the leading home track stable of Natalie Jarvis might loom as the only stumbling block for the visitors from Thoroughbred Park as Moruya finally welcomes a sunny day for its feature program.

Not surprisingly, leading Canberra trainer Matthew Dale is in the driver’s seat, and punters’ eyes will be glued on promising youngster Penthouse just 23 days after her exciting finishing debut in a Listed feature sprint at Eagle Farm.

By one-time champion two-year-old Capitalist and out of Not A Single Doubt mare Undoubted Pleasure, Penthouse could quickly end up in a metro juvenile race if she puts this field to the sword.

The Dale camp is coming from a different angle in the next Maiden (1200m) with three-year-old Dream Game, who flopped badly on debut at home three weeks back as the hottest of favourites. Blinkers have been applied.

But the challengers will come thick and fast, especially from the Jarvis yard with promising Cable filly Brave Maso who has charged home to beat all bar the winner in two runs so far; while another Canberra filly Texas Star and Rosehill filly Honey Dew fourth-up are both expected to command market support.

Neighbouring Queanbeyan also aims up with a two-prong challenge in underrated eight-year-old Oriental Runner, trained by Tony Sergi, who has tackled city grade in his last two; and honest seven-year-old Up Trumpz for Joe Cleary who hasn’t won for more than two years.

Canberra and its surrounding districts might also have a small mortgage on the feature Moruya Cup over 1425m.
Dale saddles up tough six-year-old Banger, three weeks after he went close in a BM 78 at Canterbury; the Cleary camp can also be confident with high-class mare Girls Are Ready fourth-up; while Goulburn seven-year-old Intuition rates highly off a strong closing third-up run at Randwick on Boxing Day.