Tim Paine has had his car broken into and wallet stolen while setting up a garage gym during self isolation.

Attempting to stay healthy as the COVID-19 pandemic forces the world indoors, the Australia Test captain had moved his car onto the street to set up his own iron paradise, complete with a ball hanging in a sock "to work on his cover drive". 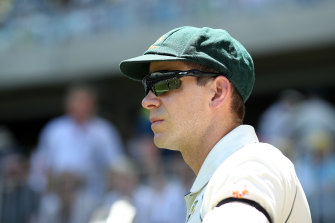 But Paine was shocked when he woke on Tuesday.

"I've actually hit a bit of a snag today because I moved the car out onto the street only to wake up this morning to a text from NAB saying my credit card has been used," he told SEN Breakfast.

"I went outside and the car door was open and the wallet's gone."

The coronavirus crisis has stopped club, domestic and international cricket in its tracks, with Cricket Australia also delaying their central contract announcements due this week until next month.

Australia's tours of Bangladesh and England in June and July are both in doubt, however CA are still confident of hosting the Twenty20 World Cup from October.