Ben Stokes is favourite to replace Joe Root as England captain – but what about the old pro, the new broom, the nearly man or the outsider?

Joe Root stood down as England captain on Friday morning, leaving a vacancy in a key leadership role to be filled.

Talismanic all-rounder Ben Stokes is the bookies’ and pundits’ favourite to take over from his good friend Root, but there are plenty of other names who are potential candidates to take over too.

So, Sportsmail‘s Paul Newman takes you through the key runners and riders below, with one or two surprises among them… 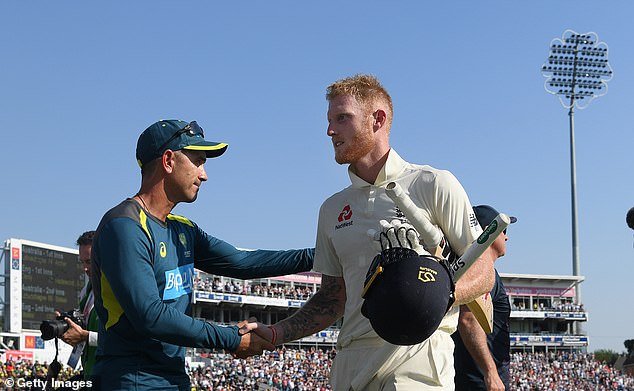 It would be some comeback for Stuart Broad to emerge from exile this winter to become captain, especially as it is clear there are some who think of him as a poor dressing-room influence.

But he has experience as a former England T20 captain, a great cricket brain and he should be able to play all seven Tests this summer. He could be the best short-term option.

He has only played one Test in an emergency, would not be in England’s first-choice side and is currently at the IPL rather than playing first-class cricket with Kent. 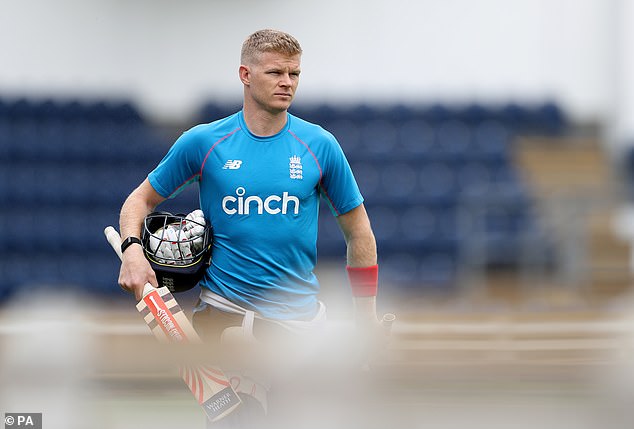 But he has captaincy experience, an infectious personality and could come into the side in place of Ben Foakes without seriously weakening it. It is radical and far from ideal — but Billings would be my choice.

He’s an experienced captain with Hampshire and a gifted batter who has never quite done enough to cement a Test place. He could be another short-term option, but could England justify dropping a batter to accommodate him?

Out of the Test side but he is a very good captain and will almost certainly be Eoin Morgan’s white-ball successor. 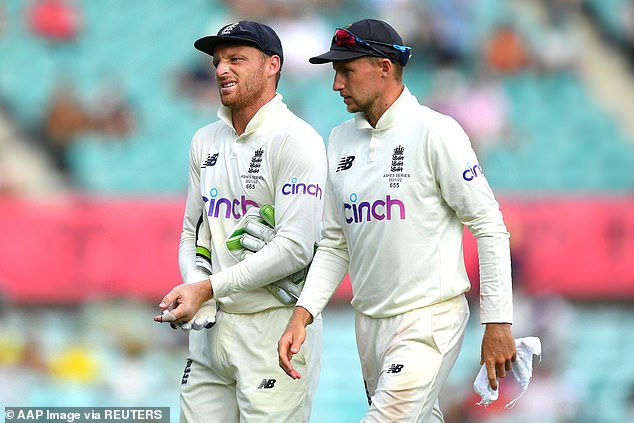 White-ball star Jos Buttler (pictured left) is an outsider, but intriguingly, has a fan in Rob Key

Also, intriguingly, he has a fan in Rob Key, who said on Sky earlier this year: ‘The best captain out there, in my opinion, is Jos Buttler but the trouble is he can’t get in the side at the moment.’

Overwhelming favourite who is both an automatic pick and extremely highly regarded in the dressing room.

But can England give the job to someone with so much on his plate, who is injured again with a bad left knee and took a break last year to protect his mental health?

The worry is the job could break him just as it did other gifted all-rounders Ian Botham and Andrew Flintoff. 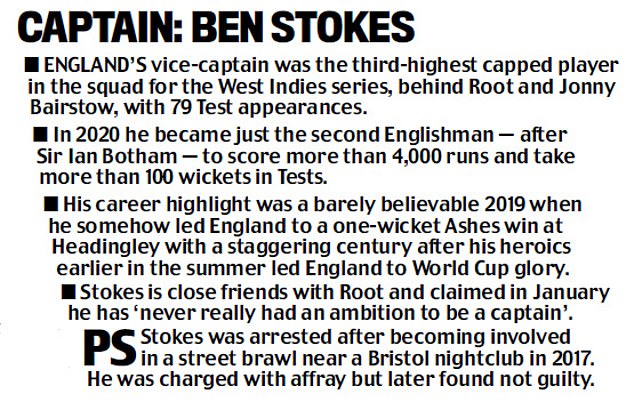