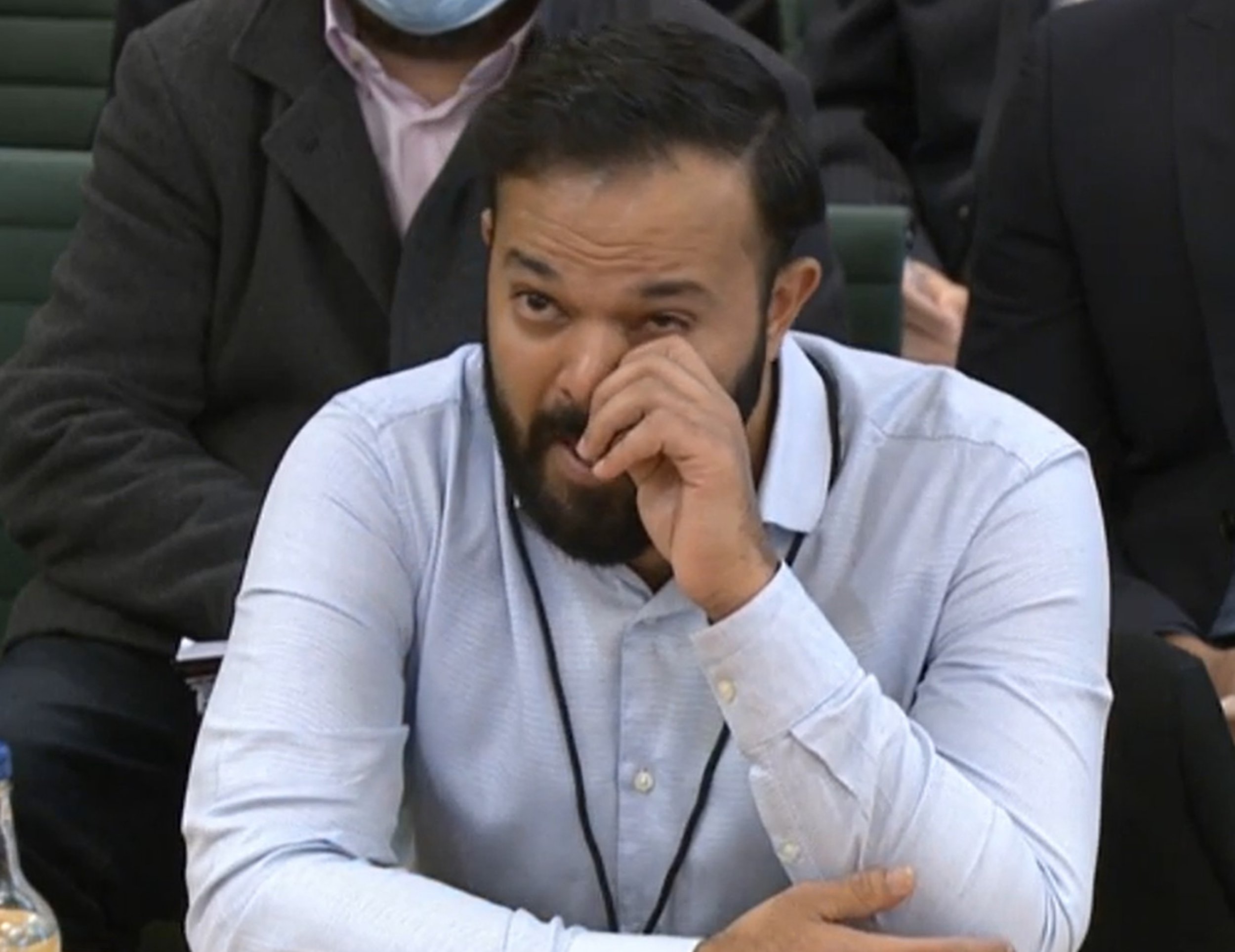 Like anyone in cricket, and beyond, I was shocked to hear Azeem Rafiq recount the racism and bullying he encountered as a Yorkshire player to the Digital Media, Culture and Sport Committee. It was shaming for the game.

The cricket dressing room can be a complex place with a gamut of emotions swirling around — joy, despair, hope. Extremes exist which, when combined with the competitive nature of the environment, can lead to players saying things that cross the line between smile and bile. Even so, there is no excuse for racism. None.

The personal dynamics within the space are rarely straightforward. Players may be team-mates but many are also rivals for a place in the side.

As such jealousies grind away, cordiality can disappear quicker than a Tymal Mills’ bouncer. Despite that, there is never any justification for the racist barbs Rafiq endured on a regular basis.

And that is what many former cricketers find so hard to comprehend; that the dressing room with its mickey-taking and banter, and which Monty Panesar recently claimed had been good for his mental health as a player, could have become so toxic that Rafiq even considered taking his own life. If ever there was a wake-up call for the game, it is that.

How could such a poisonous culture of bullying and discrimination be allowed to develop? Good leaders surely promote harmony and create an environment where both the team and individuals thrive. So why didn’t Yorkshire do that?

Cultural ignorance is one reason but so too is a failure of leadership, which at Yorkshire ran in a fault line all the way from captain to coach to chief executive.

Rafiq’s harrowing experience, along with those now emerging from players at other counties (including my old club Essex), has led many to conclude the game must be institutionally racist.

That is a crushing indictment. Of all the sports played in modern Britain, cricket welcomed diversity earlier than most.

To have played the county game in the 1960s and 70s, when teams first fielded players from overseas, was to meet people from backgrounds one would not normally encounter.

But that is 50-60 years ago now and players’ horizons should have broadened, not narrowed.

That is not to suggest there was no racism previously, there was. But I never recall any directly aimed at players from those within their own team — not that targeting opponents somehow made it excusable, it didn’t.

Of course Yorkshire did not have an overseas player until 1992, when Sachin Tendulkar joined them. But that cannot explain their callous attitude towards Rafiq, not in the 21st century.

Cricket needs to grow up fast and purge itself of such bigotry.

The whole game, from junior levels upwards, needs to take a long hard look at itself and make the necessary reforms so that diversity and inclusivity become second nature.

It will not happen overnight but one key thing will be to educate coaches in the different cultures they may encounter when dealing with young cricketers.

That will help minimise racial bias, unconscious or otherwise, as will having more than one person to select junior teams.

Most important are the 50-50 calls coaches must make between players of similar ability, as that is where any bias is most likely to prevail. And players need to respect their rivals and team-mates — not just their skills but their race.

Differences should be celebrated, not treated with suspicion and derision. Only then can English cricket have a shot at achieving the integration it has always promised.

Tourists could gain from Tim’s Cummins and goings

Oh the schadenfreude when hypocrisy gets exposed, as it has been with Australia’s now ex-Test captain, Tim Paine, for lurid texts sent to a colleague featuring pictures of his genitalia.

So far, so 21st century you might think of his fall, except that Paine, 36, was brought in to guide Australian cricket out of the moral mire it found itself in following the ball-tampering fracas that did for the previous captain Steve Smith.

That mess occurred in Cape Town three years ago, a year after Paine’s sexting exploits, and his appointment as captain by Cricket Australia was made in full knowledge of his indiscretions.

Image was vital. Clean cut, without a tattoo in sight, Paine, a wicketkeeper-batsman, was seen as a paragon of old-fashioned virtues and just the man to drag Australia’s Test team from the swamp that had enveloped them.

The only question that persisted about Paine, at least before his sleazy snapshots became public knowledge last week, was whether he was actually good enough to be a Test cricketer? Many think he is not, Shane Warne among them. Warne has had his own issues with text messages but reckons Josh Inglis, born in Leeds but raised in Perth, should be given the gloves for the forthcoming Ashes series. Others favour Alex Carey, though for now Paine remains in the squad.

Whether England can take advantage of Australia’s moral panic ahead of the first Test on December 8 is another matter.

Certainly they look weaker with Paine in the side than out. But one thing the Aussies aren’t is sentimental, so he won’t survive long unless they keep winning.

One thing the episode has forced is the likely appointment of a fast bowler, Pat Cummins, as Test captain. Australia usually favour batsmen or wicketkeepers to lead them. Indeed, the last pace bowler to take charge was Ray Lindwall 65 years ago and then only for a single match.

But England need to work any small advantage going and Captain Cummins, with no experience of leading a red-ball team, could just be one of them.

How to get your Metro newspaper fix

Metro newspaper is still available for you to pick up every weekday morning or you can download our app for all your favourite news, features, puzzles… and the exclusive evening edition!