A consensus supremo for Australian cricket, parachuted independently onto the Cricket Australia board, is a live option to end years of conflict between the governing body and the states.

As the interim CA chair Richard Freudenstein met with state bosses plus the Australian Cricketers Association chair Greg Dyer on Thursday, sources with knowledge of the process confirmed to The Age and The Sydney Morning Herald that the next permanent chair would not necessarily be one of the current group of nine CA directors. 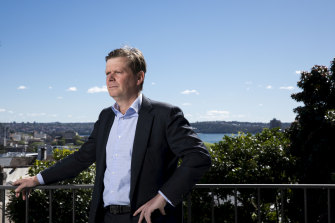 A formal process to determine the next chair, featuring consultation with all the states, began last week and keeps open the option of calling in an eminent and broadly respected figure from outside the board.

Thursday’s meeting, not considered a formal gathering of the Australian Cricket Council, was intended to follow up on governance reform issues raised in the wake of Earl Eddings’ departure on the eve of the CA AGM last month.

Freudenstein, who took on the role on a temporary basis when Eddings was compelled to resign after losing the support of Western Australia, Queensland and New South Wales, will represent Australia at the next ICC board meeting in the UAE later this month. He can be expected to stay on as chair until at least the end of the year but may be in place until the end of the season. 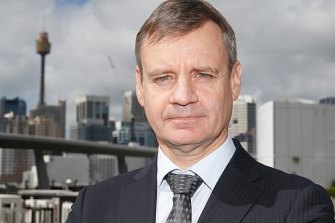 That means Freudenstein will take a central place in listening to the various concerns of the state associations about how the governance model of Australian cricket has evolved since a shift to an independent CA board in 2012.

While John Knox, the Cricket NSW chair, made his views on the need for governance reform patently clear in an unprecedented address to the AGM in October, Thursday’s meeting was aimed at gauging how much – if any – consensus there was across the state associations in terms of how to move forward.

All states can be expected either to want more say in national affairs, more money from the CA revenue pool, or both, but how that is done is a question of some complexity.

These discussions will take place parallel to CA’s current work on its next strategic plan for 2023 to 2028, which will take in numerous big picture issues around how to grow the game’s financial, participation and supporter bases after the global shocks of COVID-19. A fresh plan is meant to be in place in time for the 2022-23 season.

One of the likely priorities for Freudenstein will be to replicate the current level of communication between CA’s chief executive Nick Hockley and chief financial officer Samantha Douglas and their state and ACA equivalents at the level of the CA and state chairs and boards.

Hockley and the state and ACA CEOs meet fortnightly for around 90 minutes, and have a two-day meeting four times a year, while similar arrangements are in place for the financial chiefs. It is expected that at the next two-day summit of CEOS, the chairs will also be included for the first time.

Among the many lessons of the past 18 months was that when COVID-19 hit Australian sport in late March 2020, there had not been enough consistent communication of the finances of CA to the states and the ACA, leading to an atmosphere of mistrust in both directions.

Ultimately, these ructions contributed to the exits of both the chief executive Kevin Roberts in June last year, and Eddings 15 months later.