Ashes, Third Test Day Three LIVE: Ben Stokes is bowled by Mitchell Starc to leave England staring down the barrel at Ashes defeat in Melbourne with Joe Root still at the crease but the tourists trailing by 36 runs

England are facing defeat yet again in Australia after a scintillating last hour on day two from the hosts.

Mitchell Starc, Pat Cummins and Scott Boland delivered a brilliant performance at stumps with England 31 for four after bowling the hosts out for 267.

Bairstow off the mark against Pat Cummins but the danger of an edge rears its ugly head again as one falls just short of Green in the gully, who has been a busy man this morning.

It took Australia 20 minutes to break what looked like the key partnership, as Mitchell Starc – who bowled so well last night – zips one back through Ben Stokes’s defences and on to the top of middle and leg. That was a beauty, and Stokes was nowhere near it.

Well, after a quiet start to proceedings, England have lost their first. Stokes had driven Starc down the ground for a glorious four earlier in the over.

But the Aussie quick kept his cool and got his revenge after jagging one back in to the left-hander and hitting the top of the stumps.

Big blow, as Bairstow makes his way to the middle.

Joe Root looks very keen to score through that gully sort of area, a huge strength of his but which is keeping Cameron Green interested and in the game.

But this is a good battle between the two skippers, with Cummins bringing one back in to Root before sending a bouncer down. First maiden of the day.

After the loud noise from the crowd in the last hour on day two at the MCG, a rather more hushed tone around the ground today as Starc comes in for his second over.

But they cannot help but applaud a glorious on drive from Stokes to bring him his first boundary of day three. 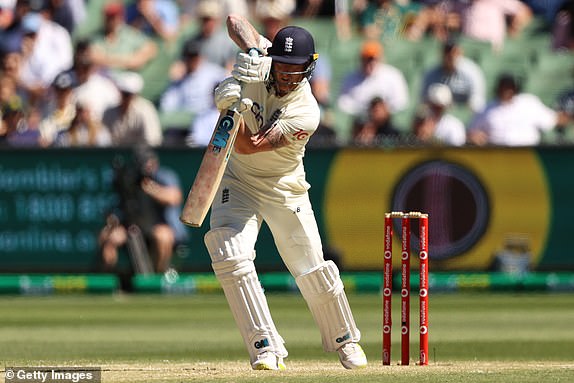 It’s Pat Cummins from the other end and Stokes is also away for the day from his third ball as the Aussie captain drifts too far down the legside.

But otherwise it is a very accurate over to the right-handed Root.

Barmy Army’s trumpet loudly plays Jerusalem but wonder if England will need more than renditions of satirical poems to get them through today.

Root meanwhile hits the first runs of the day of Starc’s third ball of the day with two into the offside, before a boundary two balls later with a lovely drive through mid off. Just 91 to go…

Pat Cummins leads out Australia shortly before Ben Stokes and Joe Root punch gloves and then take to the field to resume their nine-run partnership.

How long and how many? Here we go with Mitchell Starc… 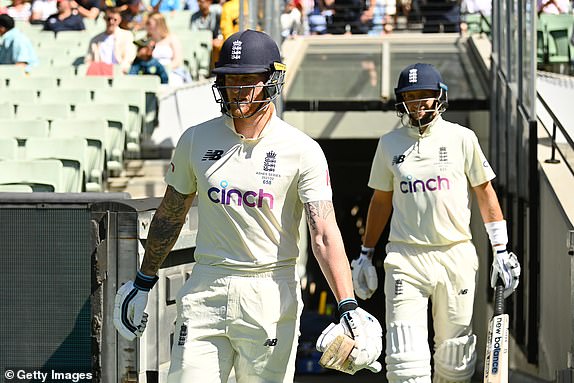 Of course, since yesterday the game has faced another threat in the form of Covid cases, so here is LAWRENCE BOOTH below on the latest. 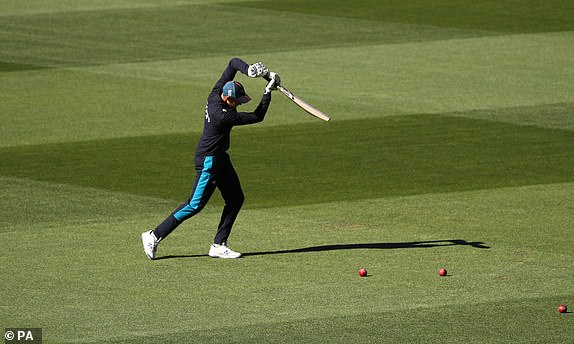 Joe Root appears to have given a handful of things he wants England to work on today as he gives his team talk in the huddle.

Stern face from the England captain as you would expect though. If looks could killl…. 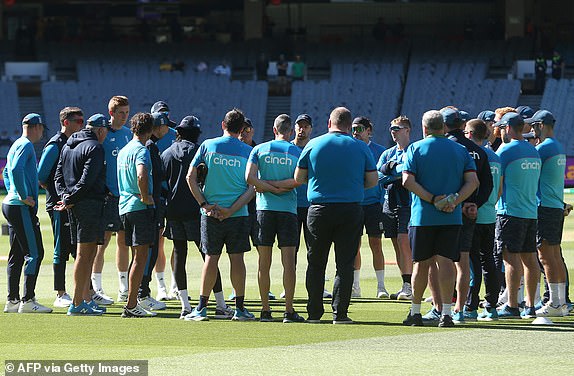 Well, here we are again, Day Three at Melbourne and well. things are a little tricky for the visitors.

Four wickets down, 51 runs behind, it once again rests heavily on the shoulders of Joe Root.

Join me to see whether the impossible really could be possible.