It is not hard for Andre van Troost to recall his instructions at Somerset. ‘Stick it up ’em, let ’em have it,’ he chuckles, three decades later.

‘Honestly, from a tactical point of view, that was it. When I hit someone, the slip cordon loved it.’

Van Troost’s story is one of cricket’s most tantalising what-ifs. Born in Schiedam in South Holland, he was talent-spotted by Somerset captain Peter Roebuck at the age of 15 and was playing for the county’s first team three years later. 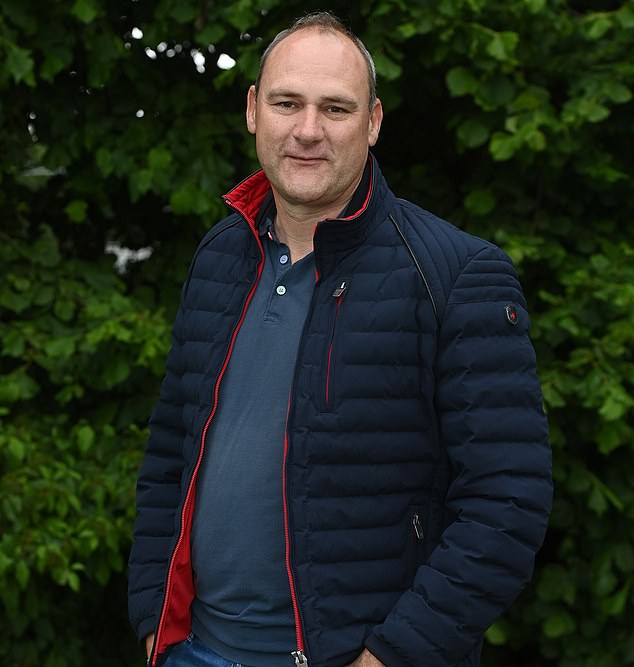 How fast? ‘I reckon it was close to 100mph,’ he tells Sportsmail as he looks out across Amstelveen’s VRA ground, where England have been playing the Netherlands. ‘I’ve seen the fastest bowlers and thought, well, I was up there.’

Good judges did not disagree. England’s then coach Micky Stewart suggested van Troost play Test cricket. But a four-year qualification period turned into seven and his back gave way. At the age of 26, he quit the game.

He was almost certainly the fastest bowler never to play a Test match. He may even be the quickest of all time. Former England batsman Mark Butcher believes a spell Van Troost bowled at The Oval in the mid-1990s was the fastest he ever faced, suggesting it made Waqar Younis look like a medium-pacer. 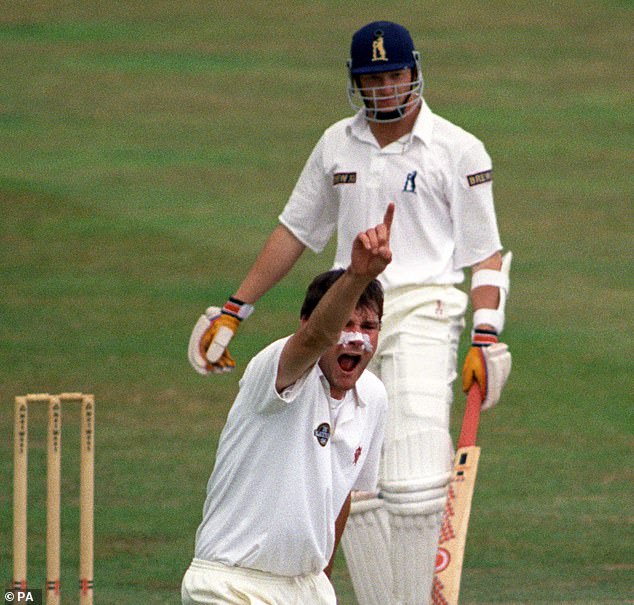 ‘That game Butch mentioned, I reckon our wicketkeeper Rob Turner was standing halfway between the circle and sightscreen and he was still taking them up here,’ says van Troost, cupping his hands in front of his face.

Then there was the moment in 1995, the summer he says everything clicked, when van Troost fractured the cheekbone of the West Indies’ Jimmy Adams during a tour match at Taunton.

‘He wasn’t playing it too well and wasn’t wearing a grille either. He ducked into a normal bouncer. As a fast bowler, you want to be intimidating, but when you hit someone it’s awful.

‘I visited him in hospital afterwards and the whole Windies team were around his bed when I walked in. Oh my god. But they were pretty cool, really. They respect fast bowling, so it was high fives, well bowled. Even Jimmy gave me a high five.’ 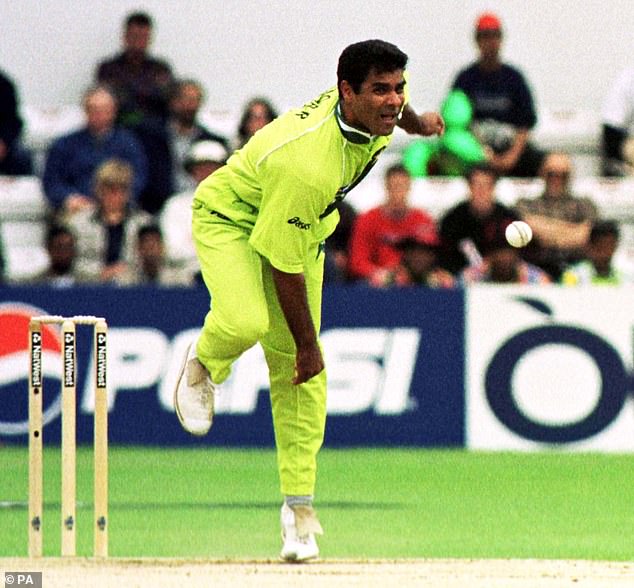 These days, Van Troost is 49, lives in Rotterdam and is chief executive of Lely, a company that builds agricultural robots for the dairy industry.

He looks back on his county career with a mixture of fondness and mild bemusement. When he arrived in Somerset, he was given a hotel room above a McDonald’s and lived off Big Macs.

And, having honed his game back home on coconut matting placed on hard gravel, he used his height and speed to generate freakish bounce.

Where others aimed for the top of off stump, Van Troost was targeting rib cages and catches to short leg. It was all he knew.

‘When I got it right, on good days, I was definitely the fastest bowler in county cricket. But I didn’t always get right. It either clicked or it didn’t and when it did I was fearsome. 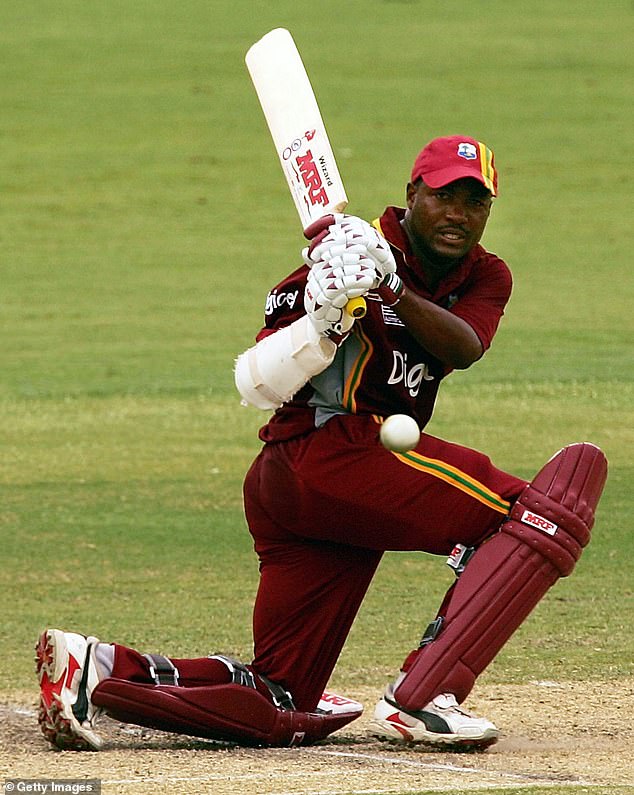 ‘Honestly, on a good day, I could have played Test cricket. On a bad day, I wasn’t good enough for Somerset seconds. I had no idea each morning which day it would be — it depended how many burgers I’d had.’

The performances began to stack up. Six for 48 against Essex in 1992 (when his victims included Nick Knight and Mark Waugh). Six for 104 against Surrey (Graham Thorpe and Alec Stewart).

Four for 89 against the touring Australians in 1993 (Mark Taylor for a duck, Allan Border, Waugh again). Five for 47 against Surrey (Stewart again, Ali Brown).

He briefly looks misty-eyed as he remembers trapping Brian Lara with his first ball to him in a NatWest Trophy quarter-final.

And when Stewart Snr suggested Test cricket, van Troost put aside the chance to represent the Netherlands. His brother, Luuk, later played at two World Cups. 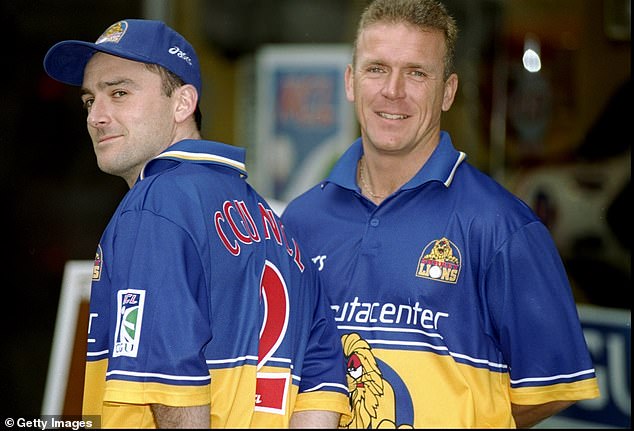 Nowadays, Van Troost’s talents might have brought him some more focused man-management.

But things were less regimented in the 1990s. ‘You go out after the game, you get drunk, you eat a curry and the next day you bowl as fast as you can,’ he says. ‘I was really wayward and I knew that. I was all over the place. I also really enjoyed it.

‘If I tried to bowl line and length, like the supporters often shouted from the stands, I didn’t enjoy it one single bit.

‘I learned so much. But by the end it became a bit of a drag, playing county cricket every day, driving down from Durham to play in Essex, then back to Taunton.

‘I’m amazed no one ever killed themselves in the car by falling asleep at the wheel. But it was great, I had an amazing time.’