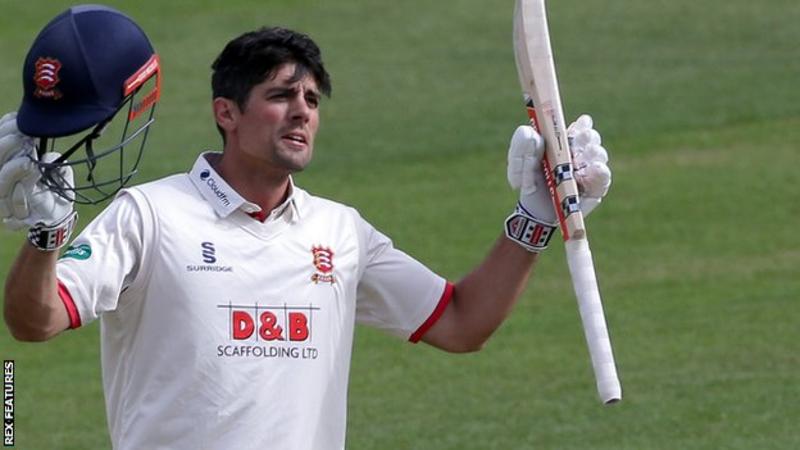 Former England captain Alastair Cook says he would prefer this year’s County Championship to be scrapped than play a dramatically shortened campaign.

Professional cricket in England is on hold until at least 28 May because of the coronavirus pandemic.

Cook says he would instead rather have “one or two full tournaments” – which could leave the 35-year-old Essex opener without any cricket in 2020.

“In this year the bigger picture is the most important thing,” said Cook.

“If we do play any sort of cricket, which hopefully we will, what I hope is that they don’t try to have a six-game County Championship or something like that.

“I would rather have one or two full tournaments because it is so much more rewarding to win it.

“If there is not time for a meaningful County Championship – say three or four games – there is probably not much sense us having it.”

Surrey director of cricket Alec Stewart has previously suggested that The Hundred and T20 Blast could be the only domestic cricket competitions played this summer.

England and Wales Cricket Board chief executive Tom Harrison has also said the “most financially important forms of the game” will take priority.

That would potentially leave England’s all-time record Test run-scorer unemployed this season, having not played any Twenty20 cricket in 2019 and without a team in the inaugural Hundred tournament.

Cook says the uncertainty means he, along with “everyone else”, is having to just “sit and wait”.

“We are just waiting to see when we are allowed back in the county ground, when we are able to meet up again and hit balls as a group,” he told BBC Radio 5 Live.

“Up until that time we just have to wait.”