Are you listening, Liverpool? Zinedine Zidane says Real Madrid are ‘at our physical limit’ after Lucas Vazquez goes off in El Clasico win and admits ‘I don’t know how we’re going to finish the SEASON’ with a trip to Anfield next

Zinedine Zidane has admitted that Real Madrid are at their ‘physical limit’ ahead of their second leg Champions League tie with Liverpool.

Zidane’s side were pushed all the way in their 2-1 El Clasico victory over rivals Barcelona on Saturday, which came just four days after they blew away Jurgen Klopp’s Premier League champions in the first leg of their quarter-final clash.

But Los Blancos’ efforts – which has seen them take top spot in LaLiga – are coming at a price, with Zidane explaining to reporters after the match that he doesn’t know how his squad will finish the season due to the physical demands. 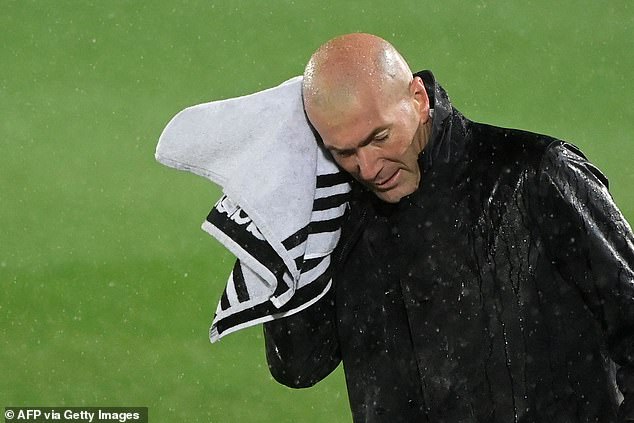 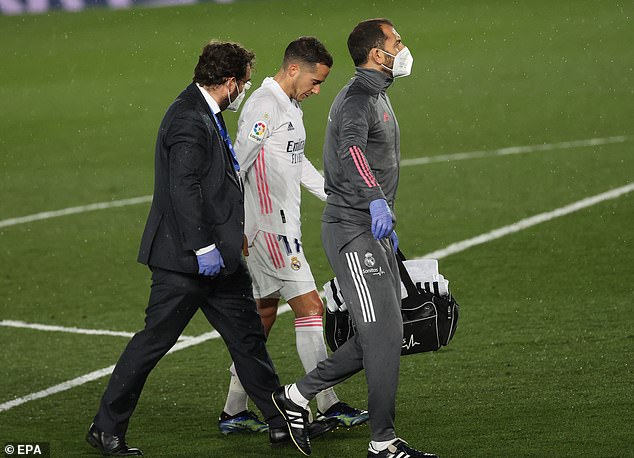 ‘It doesn’t change anything, there’s still a long way to go,’ Zidane said on being top.

‘I don’t know how we’re going to finish the season. Physically, we’re at our limit.’

Lucas Vazquez became the latest fallen member of the Real squad during El Clasico after coming off injured before half time.

Karim Benzema and Toni Kroos shot Madrid into a 2-0 lead before the break. Barcelona’s Oscar Mingueza halved the deficit midway through the second period as the French tactician made some bold calls to sub off key players after conceding. Goalscorers Benzema and Kroos made way, as did Vinicius Junior so Zidane could keep them in shape for the second leg against the Reds.

‘We made lots of changes today. Mariano, [Alvaro] Odriozola, Isco, Marcelo. Everyone is committed. Everyone wants to play.

‘That’s what’s good about this team.

‘We’re all together here. I’m the one responsible, but I’m happy for them [the players]. We won together.’