Karim Benzema was labelled ‘phenomenal’ after opening the scoring then providing two assists as Real Madrid overcame Eibar 3-1 to move level on points with LaLiga table-toppers and city rivals Atletico.

Benzema expertly controlled Rodrygo’s inch-perfect dink over the top and then found a way through onrushing Eibar goalkeeper Marko Dmitrovic after just five minutes before teeing up Luka Modric before the quarter-hour mark.

Modric duly lashed into the roof of the net to put Real in cruise control at the Municipal de Ipurua while Benzema also had a hand in substitute Lucas Vazquez’s late goal as the visitors sealed a hard-fought win. 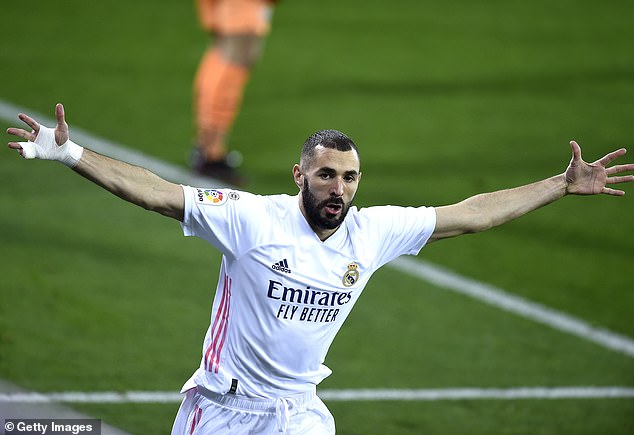 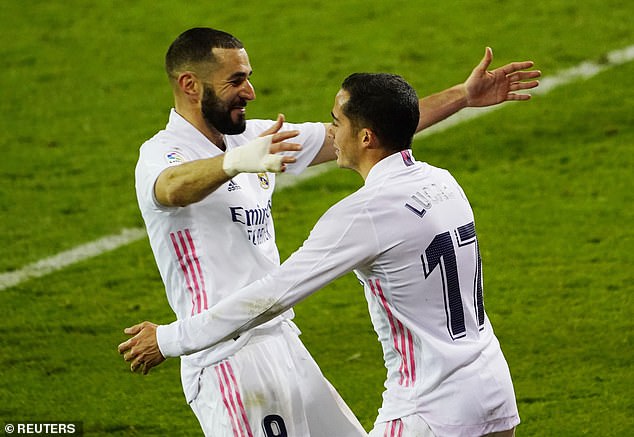 ‘It’s not just about the goals. I’m repeating myself on Karim, but he doesn’t just score goals, it’s the clarity he brings to our game which is very important.

‘When he scores it’s even better, but beyond that he is very important to us.’

This was a fifth win in a row in all competitions for Real as they moved back up to second, currently separated from Atletico only by an inferior goal difference – although crucially their city rivals have two games in hand.

Eibar were able to halve the deficit through Kike Garcia’s sumptuous, curling effort from outside the area and had chances to level before Vazquez struck decisively in added-on time.

Zidane, though, feels his side were well worth all three points. 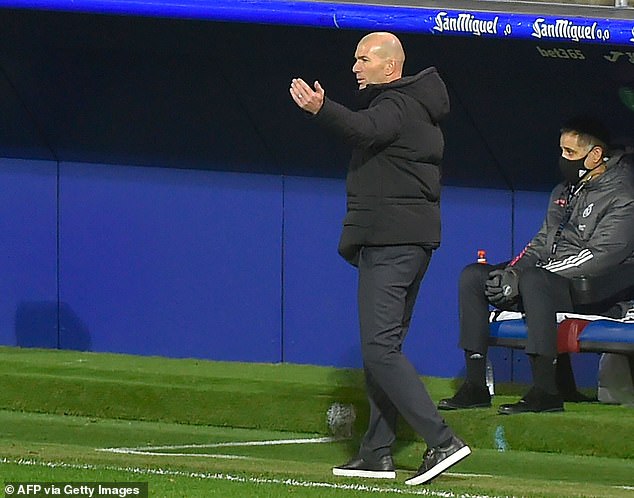 ‘We knew it was a difficult fixture, but we controlled it from the beginning to the end.’

Eibar head coach Jose Luis Mendilibar was proud of his side’s effort as he said in quotes reported by Marca: ‘Seeing the result it seems that they have won easily, but it has not been like that.’