‘People say I got this job because of the way I look – that makes me laugh, this is radio!’: Laura Woods vows to ignore sexist trolls and attract female audience after landing top job on talkSPORT

When Laura Woods was a child, her two older brothers played rugby. Her thing was gymnastics. When she was seven, her mum, who brought the three of them up alone, took her to one side and told her she didn’t have enough money to pay for petrol to take them to different venues any more.

So she played in the mixed team at Old Caterhamians near their home in Surrey. When she says ‘mixed’, it was only mixed after she joined. She was the only girl. 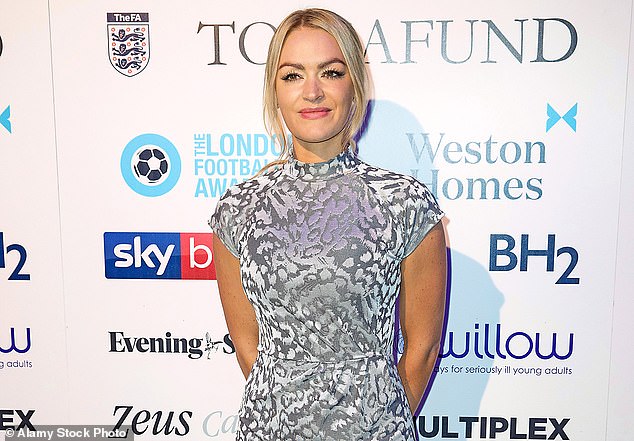 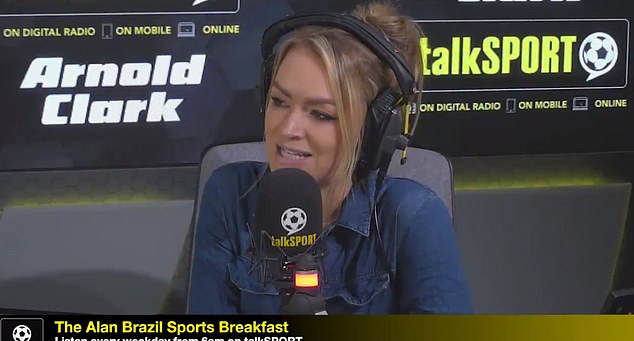 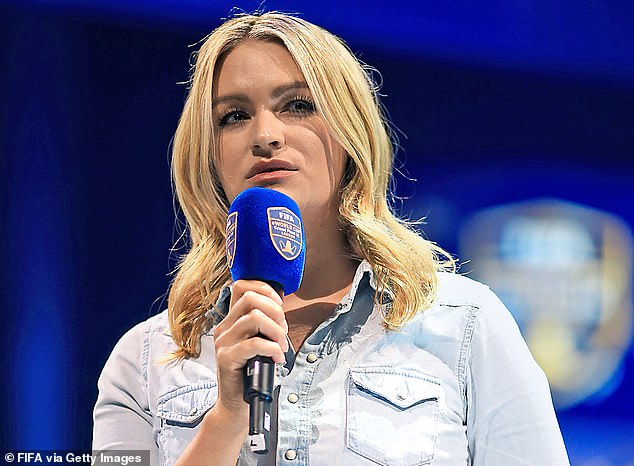 ‘I loved the physical side,’ she says. ‘Tackling was my favourite part. I was a rough-and-tumble kind of kid. I was used to fighting with my brothers. I got the best player award when I was nine and it was the best thing ever.’

She had to give up rugby when she went to secondary school but, a fortnight ago, she took a deep breath and threw herself into another world that has always been predominantly male.

She achieved what many thought a woman never would when she took over as the lead presenter of talkSPORT’s breakfast show, for so long the bastion of laddish humour in British broadcasting. 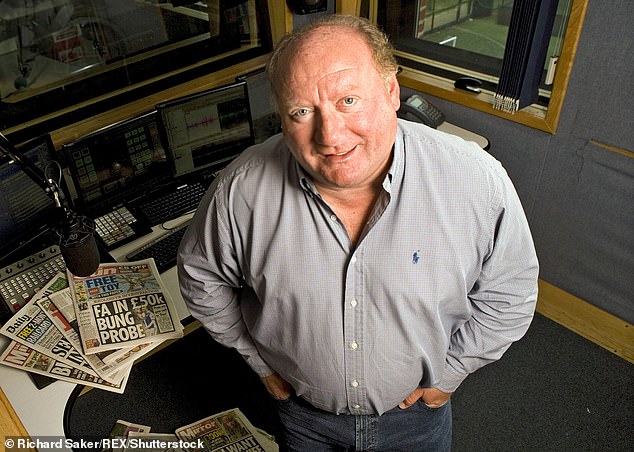 Woods has replaced former Man Utd striker Alan Brazil, who has hosted the show for 20 years

For almost 20 years, the show had been synonymous with the former Ipswich, Manchester United and Scotland forward, Alan Brazil, whose easy, natural style and irreverent banter with guests and co-presenters was a fun formula that consistently earned high audience figures and made him a radio institution.

He was also popular for getting drunk and failing to get up in time to go on air.

Brazil’s show was positioned as a haven from the yoke of the woke, a relief from the interminable phone-ins, debates and hand-wringing on other stations about Brexit. The 60-year-old will still present it on Thursdays and Fridays as he enters what he has called ‘semi-retirement’ but for the other three weekdays, it will be Woods’ domain.

It is a bold move from the station. And it is smart, too. Its main rival, BBC’s 5 Live, still has a raft of fine presenters and sports journalists but its obsession with the 18-35 age group has led to it parting company with some of its finest broadcasters — Mark Pougatch, Cornelius Lysaght, Garry Richardson and Phil Williams among others — and pushing listeners to talkSPORT.

Where once talkSPORT was dismissed by some as the shouty preserve of White Van Man, now its appeal is broadening at exactly the moment 5 Live is driving its traditional audience away. 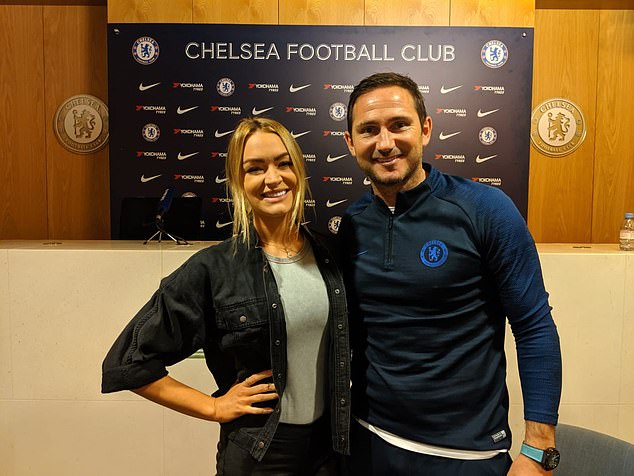 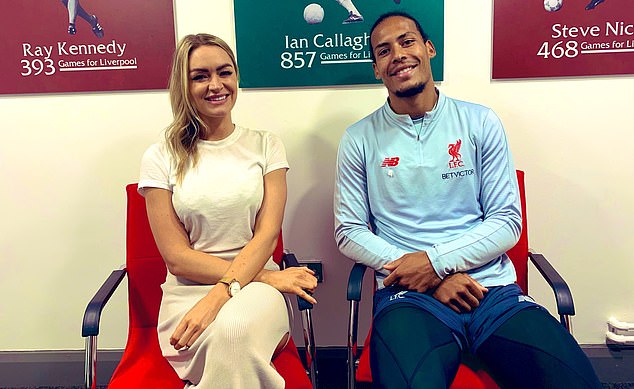 This is happening by degrees. Its excellent coverage of England Test matches on recent tours of the West Indies and South Africa was one landmark in winning over sceptics.

The appointment of Woods may prove to be another. She is a first-class broadcaster. That is obvious to anyone who listens to her. She has a quick mind and a great voice. And part of her talent lies in being a chameleon.

Women’s sport is moving more and more into the mainstream as the advances in women’s football and others sports in this country have shown. They are garnering more respect and more coverage. 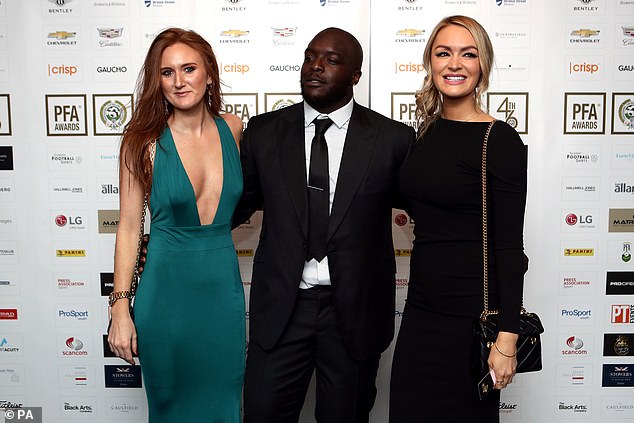 Woods may be able to tap into a new audience that reflects that shift and complements the profile of listener that Brazil has helped to make the core of talkSPORT. ‘I find talking to men as easy as talking to women,’ she says. ‘But I feel proud I can resonate with a female audience too. There is this massive assumption talkSPORT is just for men. I want people to be able to think: ‘I don’t have to be a man to listen to this.’ Because you don’t have to be a man to enjoy sport. talkSPORT is a conversation for everybody.’

Woods is knowledgeable about football, partly because she grew up in an Arsenal-supporting household, partly because she does what any good professional journalist does and prepares well. Her accession to what the station calls ‘The Big Chair’ comes at a time when the coronavirus crisis has deprived us of live sport.

But there is a need for escapism too. And entertainment. And debate. And Woods is already proving adept at providing all three. A couple of weeks ago, she was engaged in badinage with Ally McCoist one minute and then delivering a powerful soliloquy about the boxer Billy Joe Saunders and his moronic video that instructed men how to beat up their female partners the next.

‘The problems with domestic violence are absolutely huge and, at times like this when people are self-isolating, the number of cases are probably going to rise,’ Woods told her listeners.

‘Someone has got to get hold of him, sit him down and explain why what he did was wrong. And until he understands it, I’m sorry, but the apology means nothing.’

Woods, 32, has worked hard to get where she is. Her journalism career started at the Croydon Advertiser but she soon worked her way up from being a runner at Sky Sports to contributing to programming on pool, snooker, darts and speedway before becoming a leading football presenter.

Like any woman who works in sport or broadcasting, she has had barriers to overcome. One of them is the abuse that is aimed at her on social media. 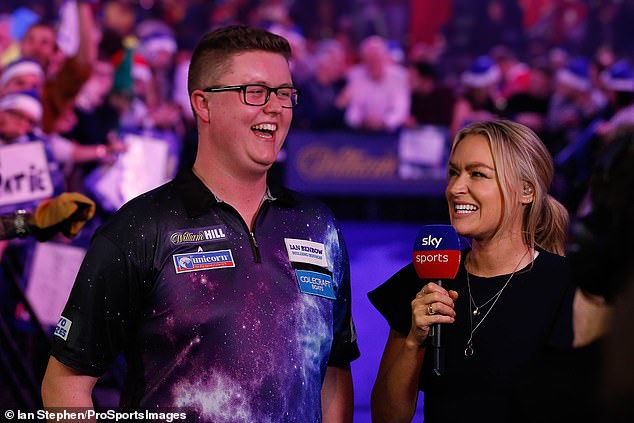 She was ready for it. ‘When your mum makes space for the rest of us,’ she shot back. Sometimes the abuse is like a stuck record.

‘One thing you will never get away from being a woman is a different kind of criticism that is attached to your gender,’ she says. ‘It shouldn’t be there but it is.

‘If I put a picture up on Twitter because I think it illustrates a point or it’s something I’m doing, people say I’m begging for attention.

‘Even when I got this job, people said I had got it because of the way I look. That makes me laugh. This is radio. How I look is irrelevant.’

Attitudes are still ingrained. Only last week, female presenters of Sky Sports News complained to the broadcaster after subscribers were encouraged to tick boxes in a survey to rate how ‘sexy’ and ‘irritating’ they found them. Woods had not seen the story but is aware some attitudes persist.

‘I just expect sexism to be there,’ she says. ‘If I interact with another woman on social media, someone will say something sexually charged.

‘If I interview someone, there will be a question intimating I have had sex with them. If I get a new job, there will be comments about how I have slept my way to the top.

‘Sometimes, it’s like a jab in the guts. It’s hideous. It winds you for a minute. Sometimes, you go to sleep thinking about it. I think more now about the importance of mental health.

‘The way I try to tackle these things is that it makes me try harder. That is my challenge. It makes me want to say: ‘Watch me break through that and get to the next level.’ 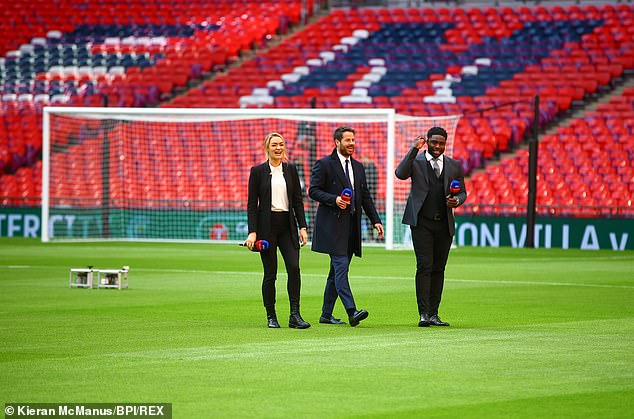 ‘I got a message the other day that said: ‘I bet that you will not have this job by January 2021.’ It is in my brain now. It’s a little mental benchmark.

‘The people who say you only got the job because of the way you look don’t want to think about how much work you have done.

‘What I look like is not going to do me any favours when I’m interviewing Jose Mourinho and he flips the question around on me and I have to respond to him immediately. You’re on your own then.’

Woods began working with Brazil two years ago when she got a slot reviewing the papers. When it was announced she was to become the new figurehead presenter, the news was enthusiastically received. She says that was in part because Brazil had been so generous and warm towards her on air. From Monday, Woods will be joined in the studio by a new co-presenter, Andrew Flintoff. 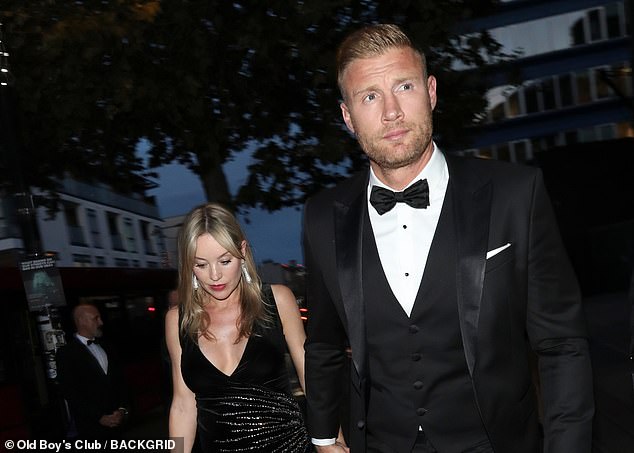 The station already has three respected women presenters, Reshmin Chowdhury, Georgie Bingham and Faye Carruthers, and Woods fits in with the new ethos.

When it was announced she would be taking over the breakfast show, broadcasting titans like Gary Lineker applauded. That bowled her over. It’s another reason why Woods fits in at talkSPORT. She has had knocks and come back stronger.

‘A gig was taken off me some time ago and I was really hurt,’ she says. ‘The girl who replaced me, I studied her and looked at her showreel and then I thought to myself: ‘Why am I doing this?’

‘Instead, I thought: ‘Why have I lost that job?’ My confidence wasn’t as good and an audience can smell nerves like a shark with blood. My delivery wasn’t as good as hers either. So I went away and worked on it. I didn’t want to become someone else. I just wanted to be a better me. I was terrified about going backwards but, when I got the gig reviewing the papers on the Alan Brazil Show, it was the best thing I could have done. When you get a knock, don’t sit there and wallow.’