Wolves have completed their first signing of the January transfer window following the arrival of Japanese international Hayao Kawabe from Grasshoppers.

Kawabe, 26, has impressed in the first half of the 21-22 campaign for the Swiss side, scoring four goals and providing three assists in 18 appearances from midfield.

He joined Grasshoppers from Sanfrecce Hiroshima last summer but his strong performances have convinced Wolves to make a move, and he becomes the club’s first player from Japan. 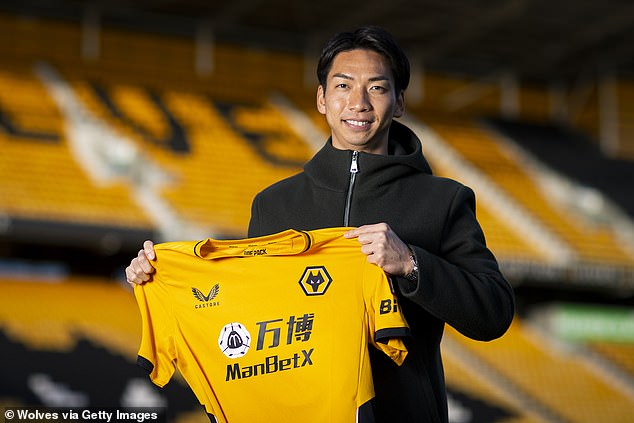 Kawabe has joined on a three-and-a-half-year deal and will spend the rest of the month training under Bruno Lage’s watchful eye, before likely making a return to Grasshoppers on loan for the rest of the season.

Wolves struck up a ‘feeder club’ relationship with the Swiss side in 2020 and former midfielder Seyi Olofinjana is the club’s sporting director.

Wolves have sent Leonardo Campana, Toti Gomes and Bendeguz Bolla to the Swiss club on loan this season. 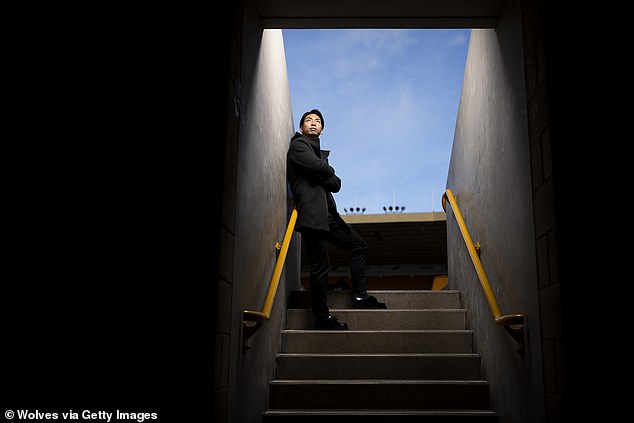 The attacking midfielder, 26, has signed a three-and-a-half-year deal for the Molineux outfit 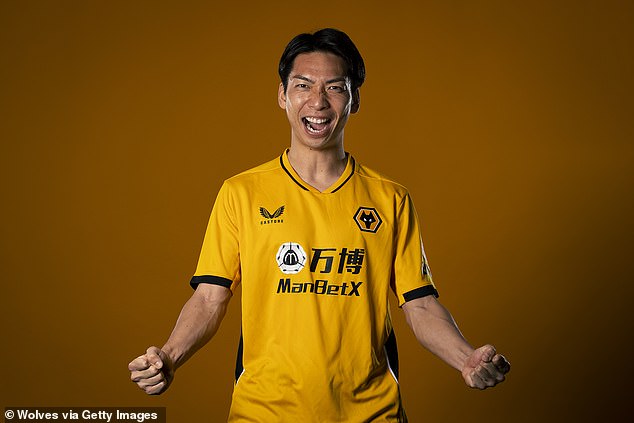 ‘He’s an attacking midfield player, very energetic, very busy, and has good quality. He’s really shone at Grasshoppers this year, and he’s one of the main reasons they’re doing so well.

‘Due to the GBE criteria for signing international players, Hayao is a player who is eligible to sign for a British club this month, but may not be in the future, which is why we’ve moved now to confirm his signing.

‘Hayao will spend January with Bruno’s group while the Swiss Super League is on a winter break, then he’ll likely return to Grasshoppers to finish the season there, as he has been an important player for them so far this season.’