‘A cold, wet, windy Wednesday night at Stoke was always going to be tough!’: Man of the match Harry Winks hails Tottenham’s mentality after beating Championship Stoke to reach the semi-finals of the Carabao Cup

Chasing a first major trophy since winning the League Cup in 2008, the Premier League team totally dominated the first half at the bet365 stadium, taking a deserved lead when Gareth Bale flicked in a 22nd minute header from a Winks cross.

Stoke grabbed a second-half equaliser by Jordan Thompson, who beat Hugo Lloris from close range after Jacob Brown’s pass in the 53rd minute. 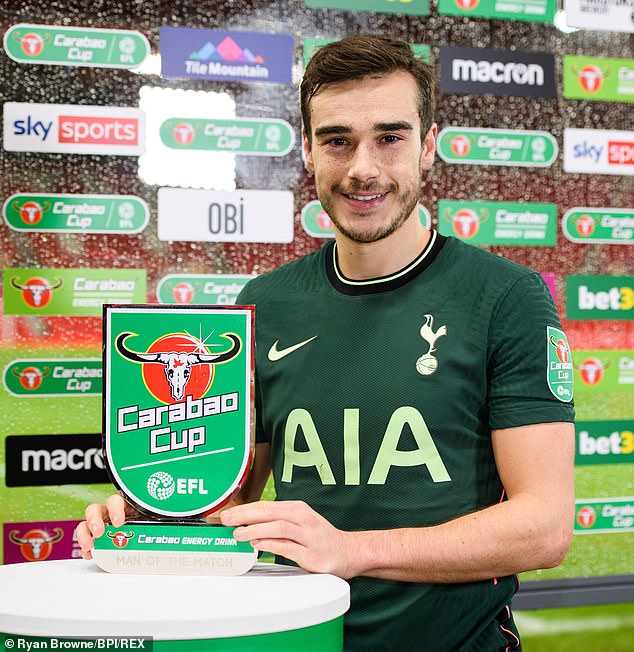 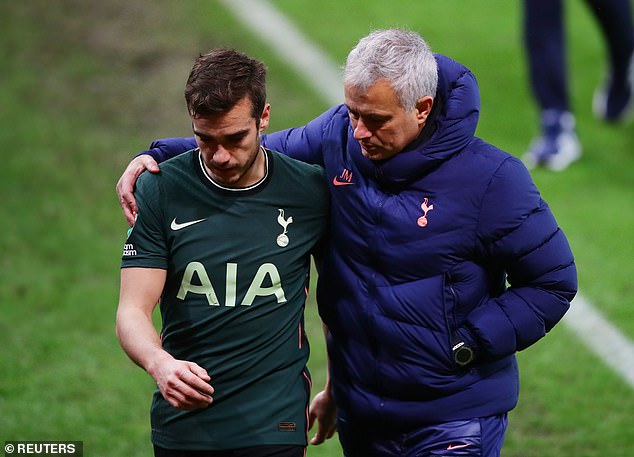 Tottenham restored their lead with a fine low shot from outside the area by Ben Davies in the 70th minute – before Kane, inevitably – blasted into the top of the net from close range in the 81st minute to seal a 3-1 victory.

Afterwards Winks told Sky Sports: ‘Really happy with that performance – it’s a cold, wet and windy Wednesday night at Stoke so it was tough but we applied ourselves well, we were aggressive and ready to compete which made it a lot easier for us.

‘We knew they’d be a threat, they’re a good side and doing well in the Championship.

‘So we knew they’d pose a threat and they scored but the mentality of the team was to keep going and keep doing what got us into the lead and thankfully that got us the win. 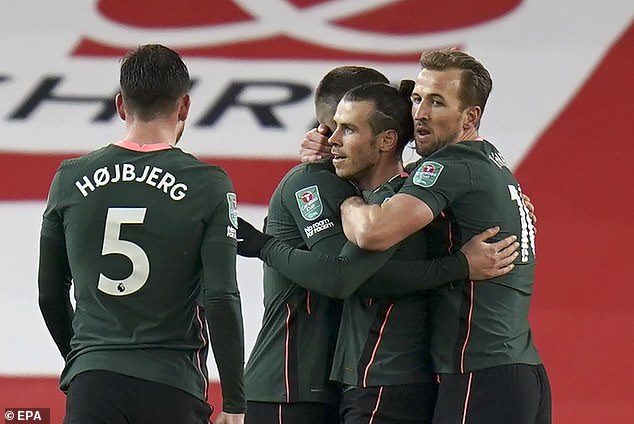 ‘Really pleased with my own performance. Personally it’s been tough minutes-wise and to come into a game at this intensity when you haven’t had many minutes is difficult.

‘The boys were brilliant and it’s a tough place to come but the boys pulled through it so I’m really pleased.

‘We hope we can keep this up – it’s such a difficult competition with so many good teams left in so it will be tough semi-final whoever we get but we’re doing well it was another positive performance from us.’