Willian has named Corinthians as the club where he would most like to finish his career, if his ends up playing in his native Brazil when he hangs up his boots. The Chelsea winger also revealed that the Blues labelled his contract demands “impossible” to meet during recent negotiations but he has still refused to completely rule out extending his stay at Stamford Bridge.

Willian is out of contract at the end of the season and is looking increasingly likely to leave Chelsea after turning down a two-year offer from the Blues.

This in itself was rare as the club have an unofficial policy against handing long-term contracts to players over 30, but the 31-year-old wants a three-year deal and a pay rise before putting pen to paper.

Willian has explained how negotiations broke down between himself and Chelsea, while no further talks have taken place due to the ongoing coronavirus pandemic.

Speaking to Fox Sports’ show Expediente Futebol, Willian said: “Everyone knows that my contract ends now in a few months, so the renewal is really a difficult thing to happen. 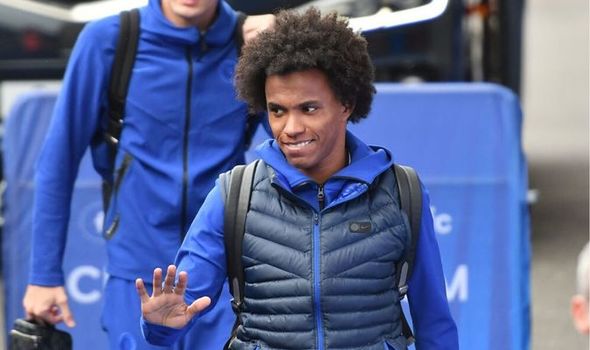 “I think it will be very difficult for me to renew because Chelsea offered me two years, I asked for three and it ended there, we didn’t talk anymore, we didn’t negotiate anymore.

“Three years… Chelsea said it would be impossible, so for now there’s this difficulty, but nothing is impossible.

“We don’t know what can happen, suddenly we could make a deal and get it right. But what I can say today is that my contract is going over and I will be free to negotiate with any team.”

Willian has refused to close the door on extending his stay at Chelsea, but now looks likely to move to London rivals Arsenal or reunite with former boss Jose Mourinho at Tottenham.

Recent reports have also linked the Brazilian with moves to Barcelona and Juventus, but the Blues ace has confirmed no contact has been made.

“Really in the last few months this has happened, a lot of speculation,” he said.

“Nothing really concrete. The only negotiation I had was with Chelsea.

“The only proposal that Barcelona made to me was in 2018, after the World Cup. That year Chelsea didn’t accept it, didn’t want to sell me. It’s just speculation, there’s nothing concrete. It’s often more speculation.”

Willian has stated his desire to stay in the Premier League but is open to a move elsewhere in Europe this summer. 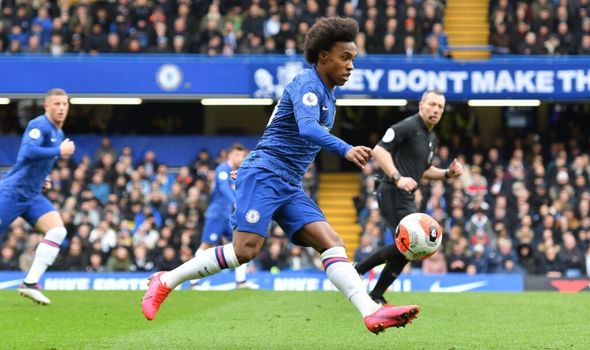 However, he has identified a reunion with former club Corinthians as an ideal way to sign off his career when he does call it quits.

“For now, I don’t think about returning to Brazil, my goal is to continue in Europe,” he said.

“I believe I still have a market here, to continue playing at a high level for a few more years, so my goal is to stay in Europe.

“I honestly cannot say whether I will return to Brazil and end my career here, or I will end in Europe or elsewhere.

“But if I really happen to return to Brazil, Corinthians would be a cool club to end at, to play for. It was the club where I was revealed, I have a special affection.

“I’m a professional, I don’t rule out any other club, but more for Corinthians, which I have a special affection for. It would be more on that side.”