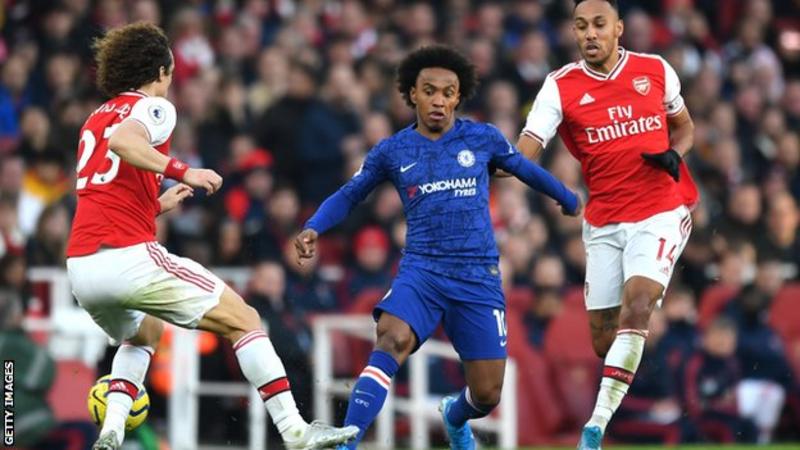 Arsenal have signed Brazil midfielder Willian on a three-year deal after the 32-year-old’s contract with Chelsea expired.

The Blues had offered the player a new deal but were unwilling to match what the Gunners had on the table.

“I believe he’s a player that can really make a difference for us,” said Arsenal boss Mikel Arteta.

“We had a clear intention to strengthen in the attacking midfielder and the winger positions.”

Willian made 339 appearances for Chelsea after signing from Russian side Anzhi Makhachkala for £30m in 2013.

He won five major honours with the Blues, including two Premier League titles and the Europa League, and was voted the club’s players’ player of the year twice.

“He is a player that gives us a lot of versatility – he can play in three or four different positions,” added Arteta.

“He has the experience of everything in the football world but still has the ambition to come here and contribute to bring the club where it belongs.

“I have been really impressed with all the talks I have had with him and how much he wanted to come.”

Arsenal finished eighth in the Premier League last season, while Chelsea were fourth and secured a Champions League spot.

However, the Gunners did beat their London rivals in the FA Cup final – a game Willian missed through injury – to make sure of a place in the Europa League.

Willian follows compatriot David Luiz in moving from Chelsea to Arsenal, with the defender having made the switch last August.

Arsenal technical director Edu said: “I know him very well, since a long time ago because we’ve been working together for the Brazilian national team.

“He has a lot of fantastic attributes as a person and as a football player.”

Find all the latest football transfers on our dedicated page.