Wigan’s Chey Dunkley has been given special dispensation to use the club’s ghost training ground as he recovers from a double leg break.

Dunkley is allowed two sessions a week with a physio at the otherwise-closed Euxton facility having broken his fibula and tibula against Reading on February 26.

At the time he was ruled out for six months, ending his 2019/20 season, but the subsequent lockdown and successful start to his rehab means he could return in time to become a good pub quiz question: Who fractured their leg in two places but missed only two matches? 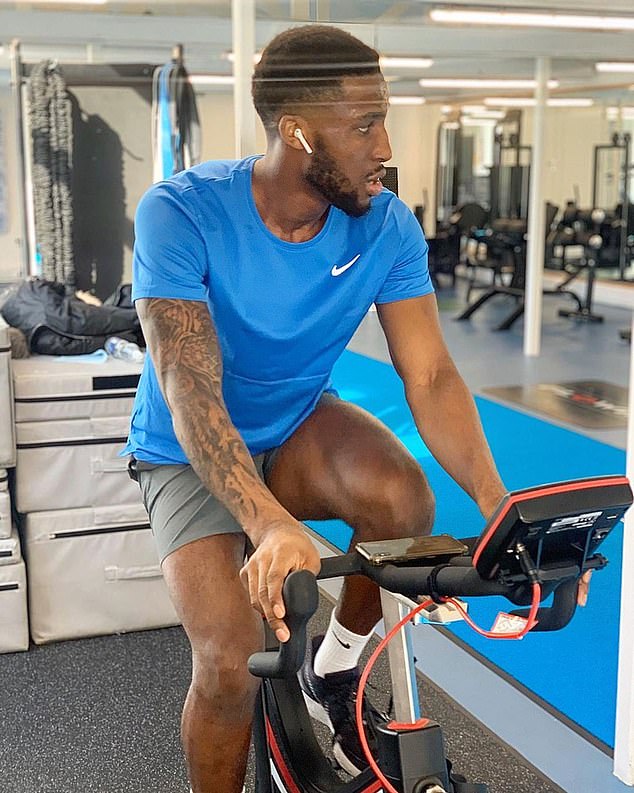 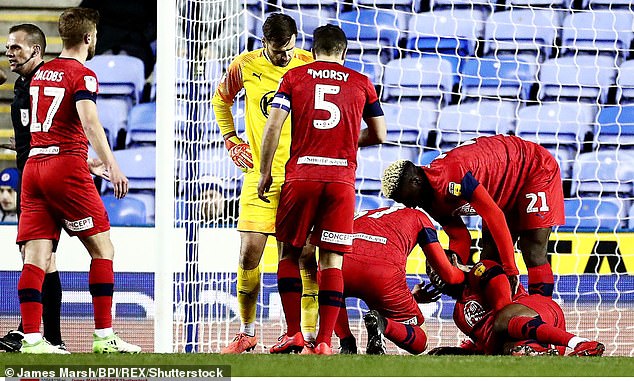 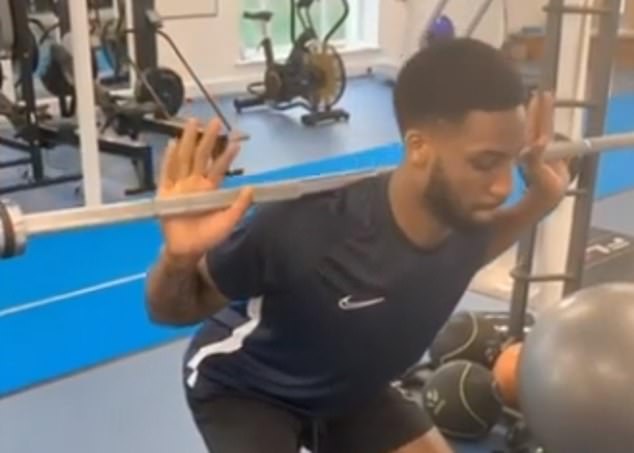 ‘I do Tuesday and Thursday mornings for an hour, just me and the physio. We have to keep our distance as well in accordance with the guidelines,’ explains the defender.

‘I feel lucky because there aren’t many gyms open at the moment but I can lift weights, squats, use the bikes and compression machines. You don’t want muscles to waste away.

‘The physio has a key to open up the place – I couldn’t even get in on my own. It’s quite mad really, there is nobody else there at all. I take my own water, my own kit, because the canteen is obviously closed as well. I do my work, have a shower and then go home to have a meal. 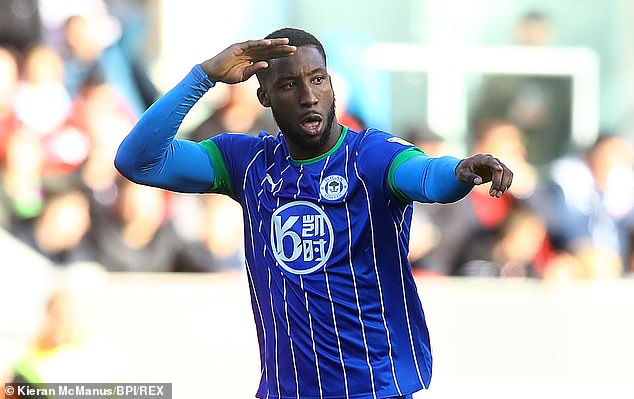 ‘It feels different from the minute you arrive and the car park is deserted. I think there are two other injured players doing the same thing but it’s timed so we are kept separated. I leave at 10.30 before anyone else arrives and on the other days I do exercises at home.’

Dunkley, 28, was helping Wigan’s spirited fight to stay in the Championship when he suffered a ‘freak accident’ – colliding with a team-mate as his foot was planted to block a shot from Reading’s Sam Baldock.

‘I was in shock – my leg felt numb. I immediately knew ‘Whoa, this is not good’. They told me I’d be on crutches for six weeks and out the game for six months. The only consolation when I had the scan was that it was a clean fracture, sometimes you can get the bone going through the skin, or diagonally. 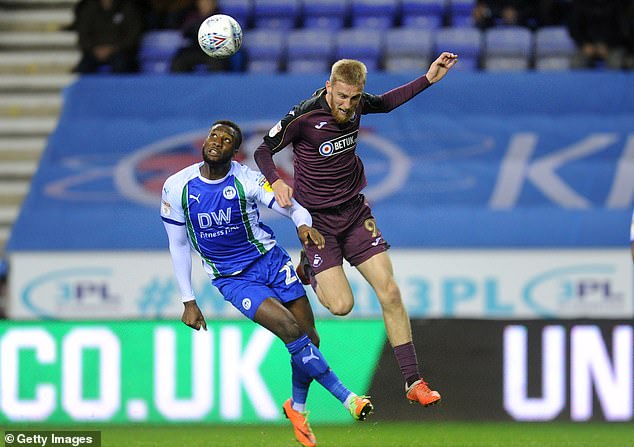 ‘As it happens, I was able to take the cast off after three weeks, ahead of schedule. I could take steps without changing my walking pattern. It was a good sign.

‘Of course it would be a bonus if I could play again this season, it’s unknown when football restarts. If I am, brilliant. Certainly the odds are better than they were when it happened. I can only control by rehab. I’m not setting a comeback date but I’m glad to be on my feet.’

Wigan would also welcome Dunkley back in the team, and not just for his defending. The centre-half has scored six times this season and has 20 goals through his career. ‘I work on it every week in training,’ he says. 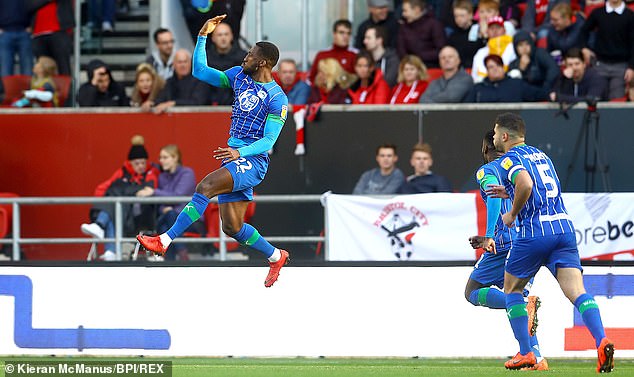 The centre-back has become a key source of goals, having scored six times this season

‘There is no point going up for set pieces if you don’t think you can be a threat. The coaches get me to think like a third striker, finding space in the box and anticipating where the ball would be. I’ve scored more with my feet than my head. Coming from Wolverhampton, I was always aware of Joleon Lescott when he played for the club. a centre-half who scored goals.’

Dunkley’s own career started at non-league Kidderminster before moving up to Oxford and then Wigan. His younger brother Tristan is a striker with part-time Barwell FC so he is aware of the affects of Coronavirus at the lower end of the pyramid.

‘I know how hard it is for things to run financially at that level and the current situation is alarming,’ says Dunkley. I have been on social media, seeing people donating to the cause which is lovely to see. I have donated to Football Unites.

‘Football is close-knit, there will be wage deferrals, wages cut. It isn’t nice. You don’t want to see the lower leagues suffer, where I learned my trade. They are just as important as the top boys.

‘You see a lot of talent coming from non-league. You don’t want to see any team fold. I am sure they will pull together. It is very important.’