Real Madrid are optimistic Eden Hazard will improve having struggled since his summer move from Chelsea, according to reports. The Belgium international has scored just once for the La Liga giants since moving to the Bernabeu. But Zinedine Zidane believes Hazard can still scale the heights many were expected when he touched down in Spain.

Real Madrid signed Hazard from Chelsea for an upfront fee of £88.5million, installed with the belief he’d be a Bernabeu hit.

But despite being given the club’s legendary No 7 shirt made famous by the likes of Cristiano Ronaldo and Raul, the forward has struggled.

Hazard has found the net just once for Real Madrid this season, failing to live up to his lofty fee in the process.

Yet Spanish newspaper Marca say the La Liga giants are willing to stand by the 29-year-old, who has had injury woes this term.

It was thought Hazard would kick on when the season resumed following the coronavirus crisis.

But he’s missed two games due to discomfort and Real are wary of managing his game time, determined to avoid their winger becoming injured again. 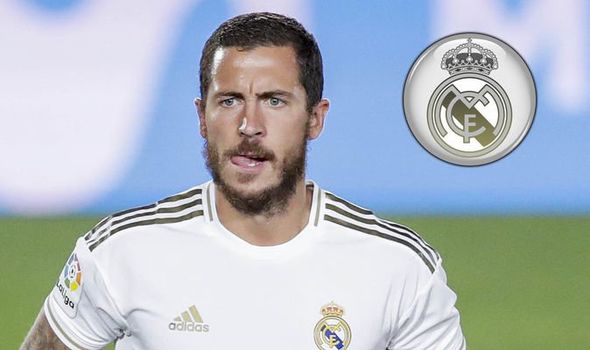 The La Liga title is currently at stake.

But Real are willing to put Hazard’s health and fitness first, believing that tactic could pay off in the months and years to come.

Real think Hazard will be able to perform at maximum level next season once his fitness issues are sorted and have no intention of letting him go at this moment in time.

Certainly, though, he’ll need to improve.

One goal isn’t good enough for the most-expensive signing in the club’s history and Hazard will need to do his utmost to ensure he doesn’t flop at the Bernabeu. 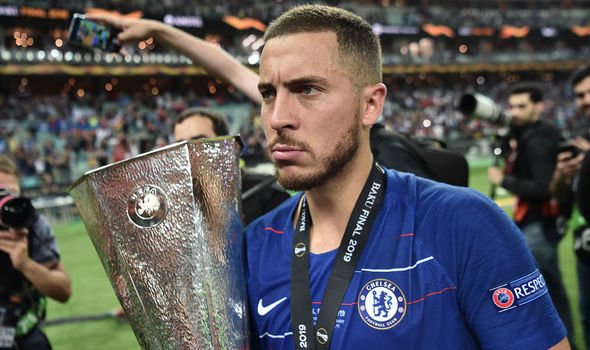 Zidane recently opened up on Hazard, saying: “Eden’s having a hard time these days and we don’t want to risk anything, and he’s the first [to agree].

“Hopefully, it’s a small thing and we can see him again before the end of the league [season].

“He’s been away for three or four days and I hope he’ll get over it quickly.

“It’s day to day; we don’t know anything more than it’s a strong blow. There are those who know, the doctors and the medics…they are very competent people.”

Zidane then admitted that Real would do everything they could to coax the best from the former Chelsea star.

“The Hazard thing is the sort of thing we don’t want to happen, that’s the worst thing for me,” the French,man added.

“It’s not just me, there’s a lot of people here to help the player.

“For Eden, it’s his first year and he wants to help the team. And when he can’t do that, he’s not happy.

“I don’t think he’s afraid [of injuries]; what he wants is to be good enough to play. If he doesn’t look 100 per cent, it’s a problem for him and for everyone, because we love him to the max.

“What I hope is that we’ll soon get out of it.”