Manchester United have Donny van de Beek, Nathan Ake and Tyrone Mings on their list of transfer targets for the summer, reports say. Ole Gunnar Solskjaer has steered the club back into the Champions League, achieving the feat with a 2-0 win over Leicester on Sunday. And he’s determined to improve his squad as he sets his sights on dethroning Liverpool as Premier League champions.

Manchester United have seen all of Solskjaer’s signings shine at Old Trafford so far, with the Red Devils finally getting things right in the transfer market.

And Bruno Fernandes and Odion Ighalo both impressed following their arrivals from Sporting Lisbon and Shanghai Shenhua.

Now, United are hoping to further improve their squad.

And Goal say Van de Beek, Ake and Mings are all on the club’s transfer radar as they look to challenge Liverpool for the title next time out. 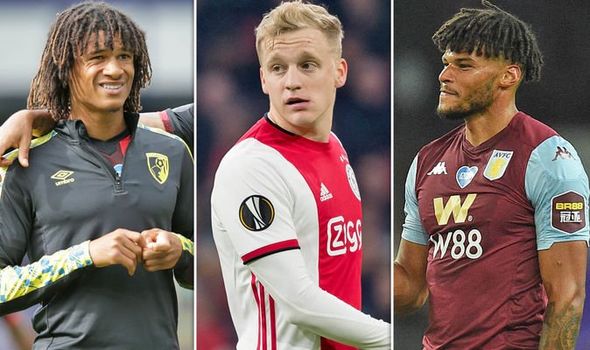 It’s an open secret that United want to sign Aston Villa’s Jack Grealish – and that the 24-year-old is a priority target.

But Van de Beek is being monitored nonetheless.

Ajax chief Edwin van der Sar has already confirmed his compatriot will be allowed to leave the Amsterdam Arena this summer, saying: “Last year, we made verbal agreements with Onana, Tagliafico and Van de Beek to stay another season, and then we look to help each other and find the next step in their careers. Nothing has changed.

“There won’t be a 50 per cent discount. The clubs can forget about that.

“In January last year, people said we were going to lose seven or eight players but we lost only two key members. 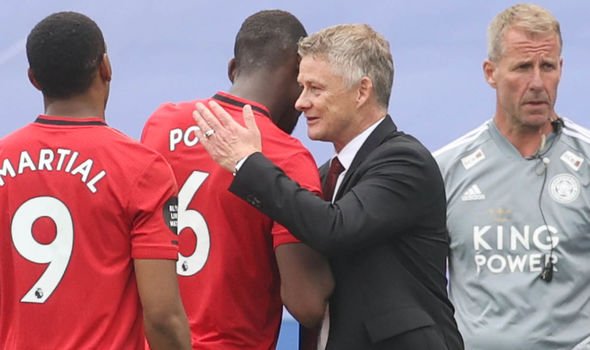 “The big clubs such as Bayern Munich have said the benchmark fee will go down in the next few transfer windows. But it’s easier for them to say because they are the buyers.

“Of course, the 150m-200m euros transfers are gone. But I think there is still a lot of value for players who come from Ajax: Well educated, experienced in winning and playing European football.”

Mings has kept Villa in the Premier League, while Ake has gone down with Bournemouth.

But United could raid either of the two teams as Solskjaer hunts a centre-back, despite the impressive form of Victor Lindelof and Harry Maguire at the back this season.

“Lindelof and Maguire are a big worry for me. I think they need a dominant centre-back in there, I don’t think Maguire is the answer.

“If they want to play higher up the field I think you’ll get exposed in one v one situations.

United are looking to offload three centre-backs this summer with Chris Smalling, Phil Jones and Marcos Rojo all considered surplus to requirements.