Manchester United target Jadon Sancho told friends he imagined himself returning to the city before he left Manchester City for Borussia Dortmund in 2017, reports say. The England international is edging closer towards a move to Old Trafford, with Ed Woodward currently negotiating the German giants. And Ole Gunnar Solskjaer he’ll have the 20-year-old in his star-studded squad for next term.

Manchester United are determined to sign Sancho, who scored 17 goals and registered 17 assists from 34 Bundesliga matches this season.

Solskjaer has made it clear to Woodward he wants the deal done as swiftly as possible, having missed out on the England international a year ago.

The United manager wants to avoid a protracted saga, with Woodward known for taking his time on deals like he did with Aaron Wan-Bissaka, Harry Maguire and Bruno Fernandes.

And the Manchester Evening News say that, before Sancho left Manchester for Dortmund in 2017, he told friends he could see himself returning.

A Londoner at heart, the 20-year-old moved from the city to Manchester at the age of 15.

After two years at Manchester City, however, he decided to leave to pursue first-team football elsewhere away from the Etihad. 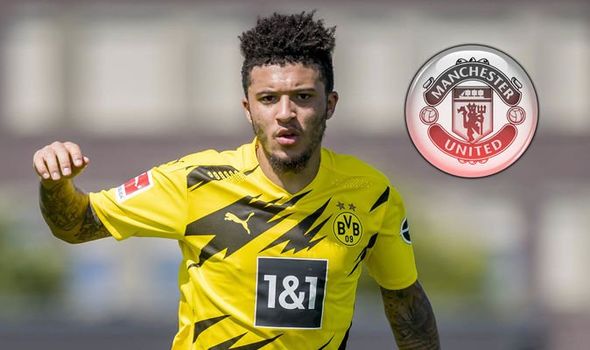 Now, United are confident they’ll be able to bring the player back to Manchester this summer.

And they’re currently negotiating a fee with Dortmund, who are demanding a fee in the region of £108million in order to let their star performer go.

United have the cash to afford a deal but they’re mindful of the wider world and determined to avoid breaking any records at a time where the coronavirus crisis is still ongoing given the repercussions it has had.

Still, there’s hope that Sancho will secure a move to Old Trafford and join close friends Marcus Rashford and Jesse Lingard in Solskjaer’s squad for next season.

Woodward admitted in July that United were in a healthy financial position going into the transfer window. 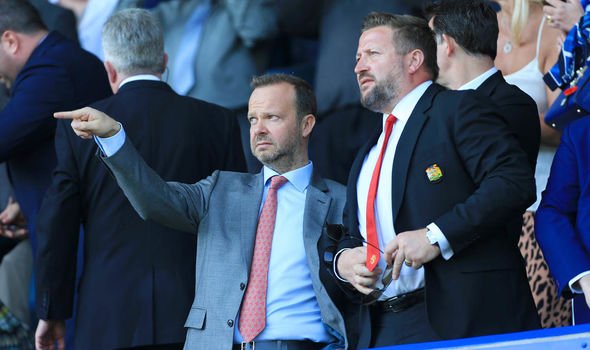 “The ongoing disruption from the pandemic – and the economic pressures it has created – has shown why it is so important for football clubs to focus on their financial stability,” he said.

“We are fortunate to have a strong and resilient commercial business which has supported long-term investment in our team.

“That will continue, albeit with extra caution in the coming months as we navigate our way through this uncertain period.”

Meanwhile, Liverpool have also been linked with Sancho amid uncertainty over his Dortmund future.

And ESPN pundit Don Hutchinson has predicted how transfer discussions with both the Reds and United would go.

“If you’re having the conversation and speaking to Ole Gunnar Solskjaer you’re going to know you are probably going to get in that starting XI,” Hutchinson told ESPN FC.

“Mason Greenwood will be having competition with Anthony Martial for the No 9 position so you are pretty much guaranteed you are going to start most weeks.

“If you are super confident and have the conversation with Jurgen Klopp, who is a peoples person, he might convince you you will play a lot of games.

“He may also convince you that Liverpool are here to stay; they want to win the European Cup, retain their domestic honours.

“Personally if it was me I would look at the managers and how they would treat me. If it’s starting football that you want then it’s Manchester United.”