Manchester United target Erling Haaland is planning a move to the Premier League – but not imminently. Ole Gunnar Solskjaer is eager to sign the Borussia Dortmund goal machine having worked with him at former club Molde. A new striker is on the summer transfer agenda at Old Trafford but Haaland will prove difficult to prise from the Bundesliga giants at this time.

Haaland has emerged as one of United’s top targets after a breakout season that has seen him score 40 goals in 33 appearances in all competitions.

The 19-year-old began the campaign at Red Bull Salzburg before snubbing Solskjaer’s advances in January to join Dortmund.

The Red Devils remain interested and will pursue a transfer in the next window if Dortmund decide to sell, with his release clause not expected to activate until the summer of 2022.

Haaland, who was born in Leeds and is the son of former Manchester City ace Alf-Inge, is interested in eventually sealing a move to England. 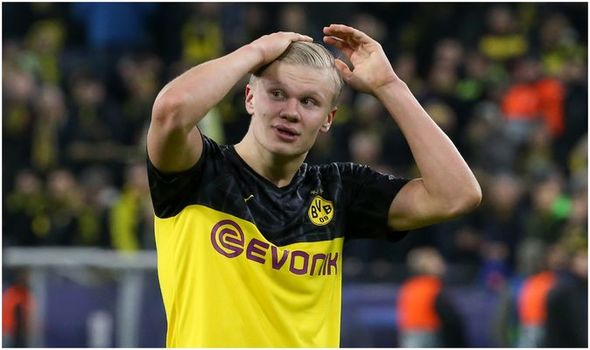 According to SportBild, Haaland has told a small circle of people that his medium to long-term goal is to score goals in the Premier League.

Real Madrid are also interested in the Norway international so his path to England could potentially be via Spain.

The speculation surrounding Haaland’s next move has been intense ever since he put pen to paper on his Dortmund contract but the rising star is flattered by the chatter.

“I don’t talk about that; I can talk about me and my club,” he told FourFourTwo. 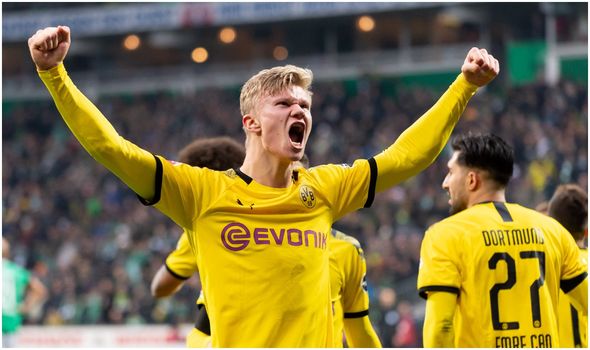 He added: “It’s always nice when clubs are interested.

“It means you’ve done something right.”

He attracted plenty of admirers after taking the Champions League by storm with Salzburg, scoring eight goals in six Group E games including a strike at Anfield last October.

The transfer to Dortmund has taken Haaland’s standing in the game to another level, with his form of 12 goals in 11 appearances in all competitions wowing fans and pundits.

He surprised some by opting for the Bundesliga outfit over other clubs such as United but the move has paid dividends. 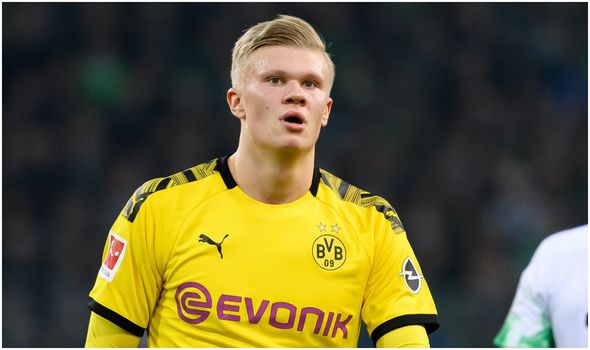 Haaland, who is under contract until 2024, said: “I had a very good feeling about Dortmund from the first moment, and that’s why I’m here.

“I liked the whole club, the history, the people in the club and how they run it.

“We decided Dortmund was the best option. And it is.

“We’re capable of everything. The start here has been absolutely fantastic, and the club have helped me a lot – it’s not easy to come to a new place in the middle of the season.

“I already feel at home.”