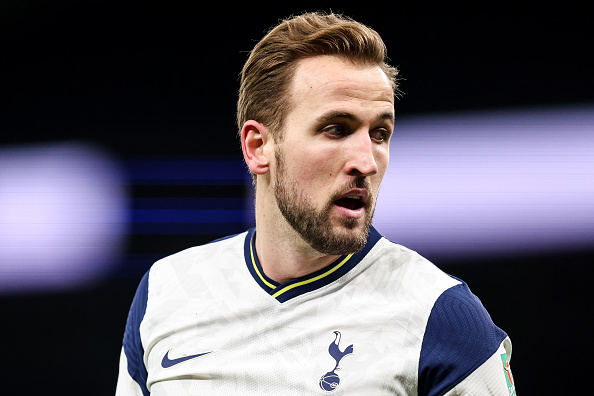 Tottenham and England striker Harry Kane has put a number of clubs on high alert after informing Spurs of his desire to leave the club this summer.

Kane’s decision comes as Tottenham seemingly slip even further away from their biggest Premier League rivals and in the aftermath of Jose Mourinho’s bleak spell in charge of the club.

Kane has established himself as a Spurs legend and one of the Premier League’s most prolific goalscorers over the past seven seasons, scoring 220 goals in 334 appearances for the north London club.

But the 27-year-old is still yet to win any silverware – finishing as runners-up in the 2019 Champions League and 2021 EFL Cup – and is said to have a gentlemen’s agreement with Spurs owner Daniel Levy that he can move on at the end of the season.

Manchester United, Chelsea and Premier League champions Manchester City are all believed to be interested in signing Kane this summer, and a number of former players have already discussed his future at Tottenham with Sky Sports.