Jadon Sancho has told Borussia Dortmund team-mates that he is willing to wait another season if Manchester United cannot agree a deal for his services this summer. Ole Gunnar Solskjaer has identified the England international as his top transfer target but Old Trafford officials have baulked at his £108million asking price.

Dortmund were willing to sell if their valuation was met by August 10 – the first day of their pre-season training camp – but the date passed without an offer from the Red Devils.

The financial impact of the coronavirus crisis has altered the Premier League club’s assessment of Sancho’s value.

United believe Dortmund will accept a suitable offer if it is lodged before the summer transfer window shuts in early October.

Sancho, however, will not be pushing for the switch, despite being up for joining Solskjaer’s squad. 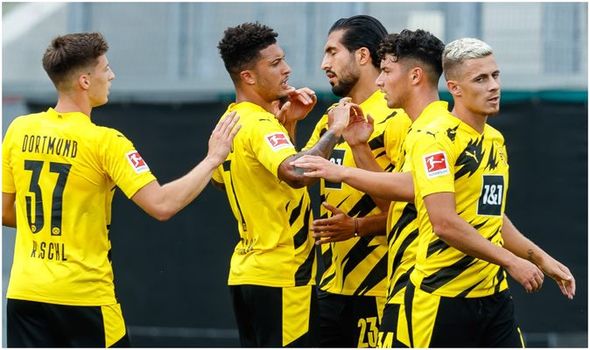 According to the Daily Telegraph, the 20-year-old’s team-mates are convinced he will be staying for the season.

Earlier this month, Dortmund sporting director insisted the club’s decision to keep Sancho for another season was “final”.

He added: “Last summer we adjusted the salary to the performance development of Jadon. In this context, we have extended the contract until 2023.”

A string of Dortmund players expressed their delight at the club’s hardline stance over Sancho following Zorc’s revelations.

Striker Erling Haaland said: “Jadon is a fantastic player. I’m very happy that he is staying.

Midfielder Axel Witsel commented: “He stays and we are all happy.

“Last year and the first year when I came he’s one of the most important players offensively for our team.

“This is really good news for us to keep him – at a minimum – one more season.” 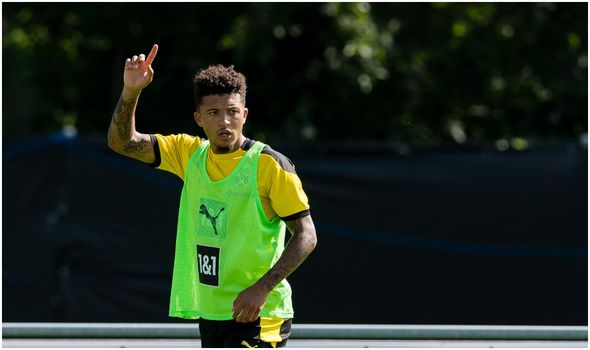 While defender Mats Hummels added: “Everyone is very positive about it. We don’t have to discuss the fact that he’s an outstanding footballer.

“Jadon is still young, but he can be an absolute difference maker. His potential is relatively unlimited.

“If he wants to continue showing that here for a year or more, I’m naturally very happy about it.”