Harry Kane’s camp expected Manchester United to firm up their interest after the Tottenham Hotspur striker opened the door on a transfer. It is well known that a new striker is high on the transfer agenda at Old Trafford ahead of the next window.

Kane has yet to win a trophy despite establishing himself as one of the planet’s top strikers.

Tottenham reached the Champions League final last season but have gone backwards this term and appear a long way away from challenging for honours.

Speaking last month during an Instagram Live chat with Jamie Redknapp, Kane admitted he would not stick with his current club “for the sake of it”.

He said: “I love Spurs, I’ll always love Spurs but I’ve always said if I don’t feel we’re progressing as a team or going in the right direction, I’m not someone to stay there for the sake of it.

“I’m an ambitious player, I want to improve, get better and become one of the top, top players. It all depends on what happens as a team and how we progress as a team. So it’s not a definite I’m going to stay there forever, but it’s not a no either.” 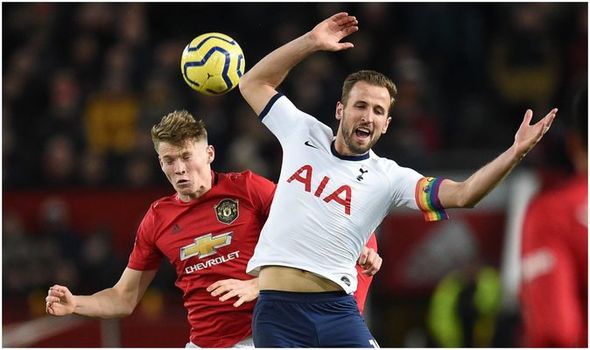 According to The Sun, Kane’s camp were expecting the transfer hint to spark interest from United but that has not been forthcoming.

The financial impact of the coronavirus crisis appears likely to see the Red Devils decide against pursuing a deal for the England international.

Spurs supremo Daniel Levy is believed to be demanding in excess of £150m for his star man.

Old Trafford legend Wayne Rooney believes his former club would be “genuine challengers” for the Premier League title if they were to sign Kane.

He said: “Manchester United are closer to challenging for the Premier League title and Champions League than many people think.

“The final piece in the jigsaw is a world-class centre-forward. We know it and they know it. It is why they tried to sign Erling Haaland in January.

“If Harry Kane is available, even for a record price, United would be mad not to look a gift horse in the mouth.

“They are the richest club in England and, if there is ever a time to use that financial power, it would be to prise the best striker in the country away from Tottenham.

“Kane will guarantee United goals but will also get the best out of Marcus Rashford, who could play in his best position out wide and still come inside to score. Can you imagine Kane on the end of the creativity of Paul Pogba or Bruno Fernandes?

“Sometimes you don’t know if new signings will adapt to playing under pressure at Old Trafford but we know from the World Cup that Kane comes alive on the big stage. 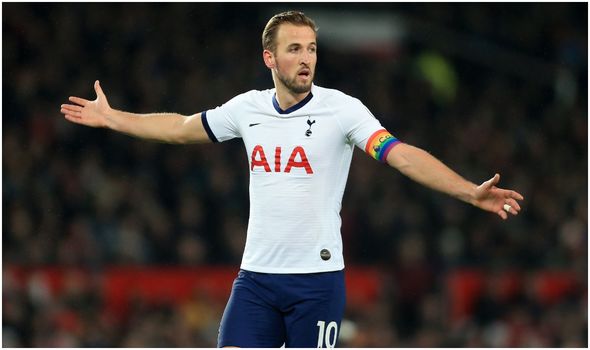 “I could see why Spurs fans would be aggrieved at me linking Kane with United but I know from personal experience that the two things which drive players most is regular football and winning the big trophies.

“Kane can do that at United. At Spurs, he may have to settle for a domestic cup or two.

“Kane has been injured since January but I don’t see why a hamstring injury like that should stop him from becoming the player he was. In fact, the rest might have done him good after playing non-stop for a few years.

“Spurs chairman Daniel Levy is a tough negotiator and £200million is a mouth-watering price. But if United have the money, they should spend it on Kane. He can turn them from a team with potential, into genuine challengers.”