West Ham are in discussions with midfielder Jack Wilshere to cancel his contract by mutual consent.

The 28-year-old has ten months left to run on his contract and the club are looking to cut that short as they look to funnel any spare funds into transfers.

West Ham saw a restructured offer of up to £28million for Burnley’s James Tarkowski rejected on Thursday and are contemplating whether to go back again or move on to other options. 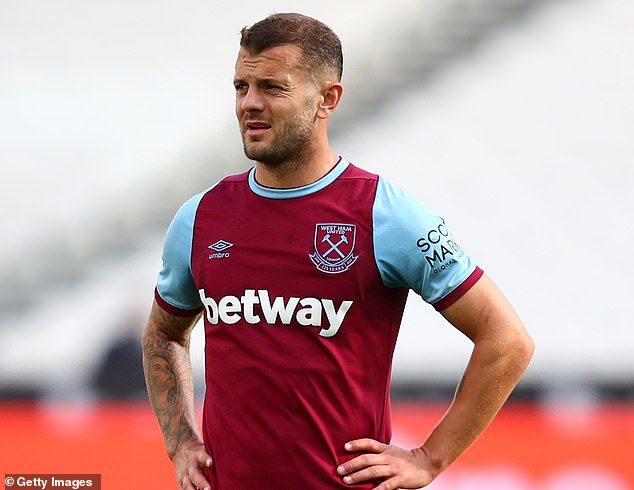 The lack of funds has been sorely felt by David Moyes as he strives to strengthen his squad and he hopes any extra cash found can be utilised on signings.

Wilshere joined the club in 2018 as a free agent on a three year contract worth around £100,000 a week. In an injury-plagued spell he has made just 18 appearances and scored one goal.

The former Arsenal star admitted earlier this year that his time at West Ham has not worked out.

Talking to Stadium Astro, he said: ‘It hasn’t worked out for me, I’ll be honest. It hasn’t gone the way I wanted it to, I’ve missed too much football, I haven’t played enough games. 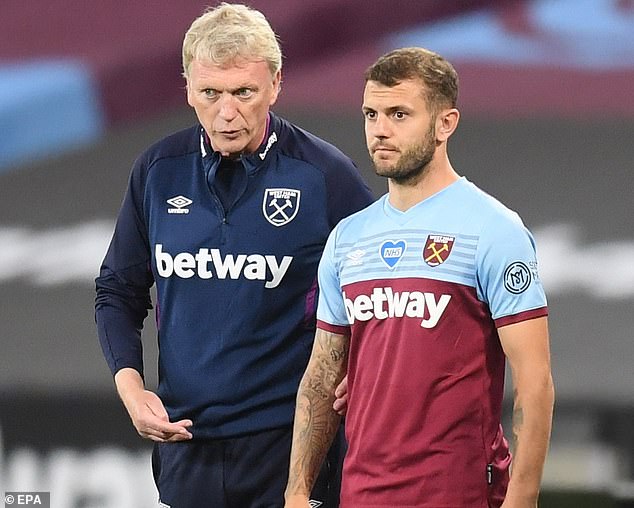 West Ham had hoped to sell the former England international but with no offers forthcoming they are now prepared to reach a compromise agreement with Wilshere to set him free.

They have struggled to offload a number of fringe players this summer resulting Grady Diangana’s controversial sale to West Brom.

Moyes particularly wants to add a centre-back and full-back before the window closes.