Following Liverpool’s 4-2 win at Manchester United on Thursday, the visitors’ objective here was clear with three wins from their remaining fixtures enough to secure a top-four spot.

But the Reds fell behind in the 15th minute when Hal Robson-Kanu, on his first Premier League start of the season, opened the scoring with a composed finish.

Mohamed Salah’s first-time finish into the corner levelled the match, before Roberto Firmino hit the post for Jurgen Klopp’s side.

The Reds struggled to create chances after half-time and received a reprieve after VAR upheld the decision to disallow Kyle Bartley’s goal for offside with 20 minutes to go.

Thiago curled a shot wide before Trent Alexander-Arnold and then Georginio Wijnaldum blazed shots over the bar from inside the box, before Alisson sealed the most remarkable of wins.

Here are five things we learned…

Unbelievably, just as Liverpool’s top-four bid looked to be crashing to a halt, Alisson rose to send a stunning header past his opposite goalkeeper.

In doing so, it might have saved Liverpool’s season.

At 1-1, the situation was so dire that Alisson simply had to go up into the box. With Chelsea and Leicester giving the Reds hope by dropping points in recent weeks, it would have been a huge blow if Liverpool had turned that opportunity down by dropping points themselves at West Brom.

As it is, Klopp’s side are one point behind Chelsea and two behind Leicester, with those sides meeting in the Premier League on Tuesday.

Liverpool will secure Champions League qualification if they beat Burnley and then Crystal Palace to finish the season, and if they do that they will have this remarkable moment to thank.

For a while, Liverpool’s display should exactly why Jurgen Klopp has said Liverpool “don’t deserve” to be in the Champions League this season.

Excluding bottom side Sheffield United, Liverpool had failed to win any of their previous eight matches against West Brom, Fulham, Brighton, Burnley and Newcastle in the Premier League this season.

Liverpool had over 20 shots on goal but rarely looked like scoring, despite dominating possession. They lacked a cutting edge and struggled defensively, with the stand-in defensive pair of Nate Phillips and Rhys Williams often bullied by West Brom attack.

Now Liverpool must repeat the trick when they visit Turf Moor on Wednesday.

The season-ending injury to Diogo Jota, confirmed by Jurgen Klopp shortly before the West Brom match, has once again left Liverpool looking short in their attacking options.

Jota’s knee injury earlier in the season preceded Liverpool’s dismal January and February form, with the forward’s return in March helping to stabilise their season.

His foot injury three games before the end of the season is another huge blow, however. When it came to pushing for a vital winning goal, Liverpool once again lacked a game-changing option off the bench.

Xherdan Shaqiri was introduced but had little effect against West Brom, and the difference in Liverpool’s attack from Thursday’s display against United was sharp.

Liverpool have been hit by key injuries all season, notably to Virgil Van Dijk and captain Jordan Henderson, but the absence of Jota continues to harm Klopp’s side.

Mane returns but goals elude him

Whether planned or otherwise, Sadio Mane returned to Liverpool’s starting line-up for the trip to West Brom, three days after storming off the pitch after being benched for the win against Manchester United in midweek.

Jota’s season-ending injury may have opened up the space for Mane, but the Senegal forward was expected to start anyway with Klopp saying pre-match that he was “completely relaxed” about their relationship.

There were certainly no problems with Mane’s attitude against West Brom on Sunday. In fact, the biggest issue was that the forward’s goalscoring touch continued to elude him.

With Liverpool 1-0 down early on, Mane missed the target from eight yards following a cut-back. The finish was snatched and indicative of the forward’s poor season, which he has admitted has been the “worst of his career”.

Mane has scored just nine goals in the Premier League this season – a tally that simply isn’t good enough given the standards he has set in previous years. 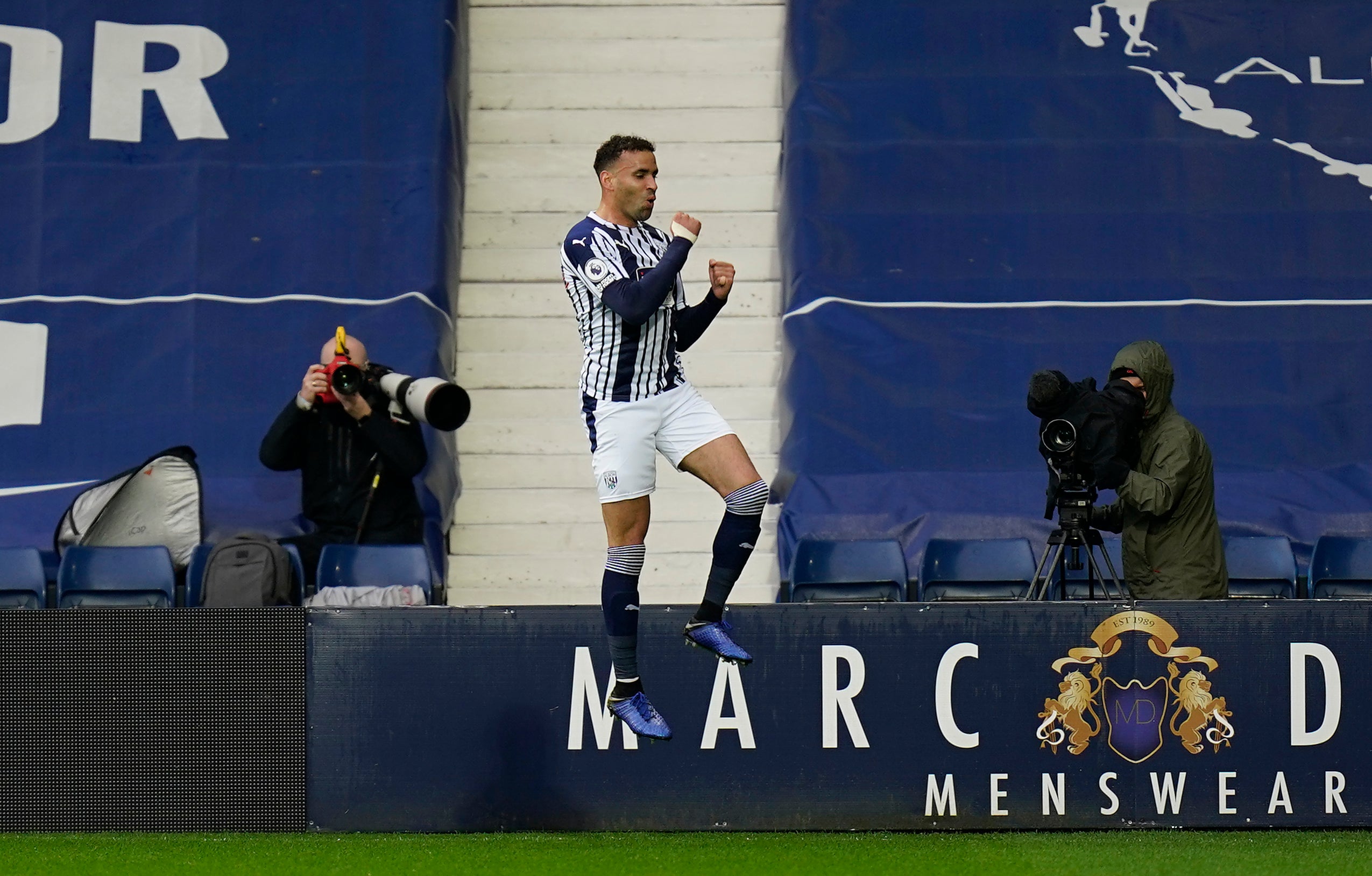 Hal Robson-Kanu was an unlikely first goalscorer at the Hawthorns

With West Brom’s relegation to the Championship already confirmed, the Baggies had nothing but pride to play for as they hosted last season’s champions.

Sam Allardyce made several chances to his team, including handing rare starts to forwards Robson-Kanu and Grady Diangana, in an attempt to freshen up his side.

For Robson-Kanu, it was his first Premier League start of the season and the Wales forward responded by scoring his first goal in the top flight since November 2017.

The 31-year-old peeled off Liverpool defender Rhys Williams before opening his body and curling a composed finish past Alisson. He looked to be in again later in the first half but was denied by Alexander-Arnold.

For many, Robson-Kanu is synonymous with Wales’ unlikely Euro 2016 run and his stunning goal against Belgium in the quarter-finals. With Wales back in a major tournament this summer, could this be the start of a run of form that leads to an international recall for the striker ahead of Euro 2020?