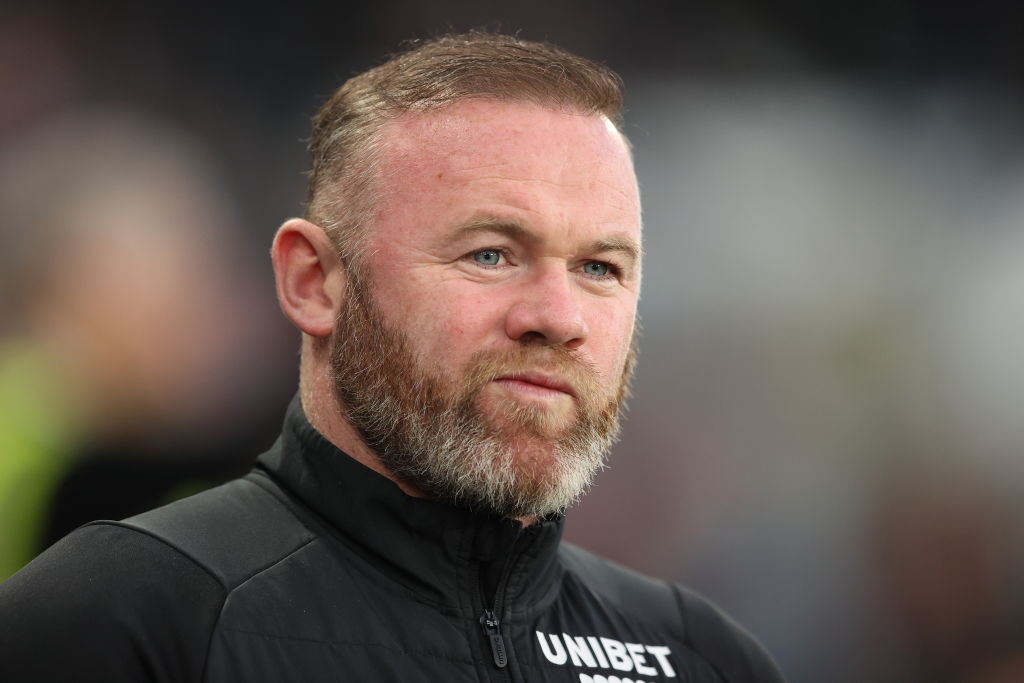 Wayne Rooney wants to stay on as Derby County manager despite their relegation from the Championship, but only if the takeover of the club is completed.

The Rams suffered a 1-0 defeat at QPR on Monday which confirmed that they will be playing in League One next season.

The 21-point deduction for entering administration and breaching financial regulations has proved far too much for Derby to overcome, despite a fine effort from Rooney and his men, who are not even bottom of the Championship table.

The club needs to be bought to have a chance of bouncing back, with American Chris Kirchner the likely new owner, and Rooney says he will still be in charge if a takeover is completed.

Despite the relegation, Rooney is full of pride with his players and staff and is looking to the future.

‘Proud,’ Rooney told Sky Sports when asked for his over-riding feeling. ‘It’s a strange feeling because everything we’ve been through as a group. The lads on the pitch, staff, fans.

‘The development of the team, as players as individuals has been really positive.

‘Yeah we’ve been relegated, but I’ve never seen a team relegated and the reaction of the fans like that. I thought it was incredible the support the fans have given us all season. So, of course disappointed, sad, upset, but proud.’

On his future beyond this season, Rooney added: ‘In some ways we can draw a line under what’s happened and really start to rebuild the club and move it forward.

‘We need the takeover to happen and it has to happen quick. Obviously we know what league we’re going to be in next season, the quicker we can start developing the squad and bring players into the squad to get us back up.

‘The takeover has to happen, if it doesn’t happen I really fear for the club and where it will end up.

‘The club’s future is in doubt, my future’s in doubt if it doesn’t happen. So it has to. If it happens then I want to rebuild the club. You see what it means to fans every week.

‘This is a special club, a big club, I want to be here and be the one to bring the happy days back.