That is where James was placed. Ronaldo wasn’t necessarily part of them, since he was the ultra-performer, and they were all seen as a bit of trouble.

James became friendly with Ronaldo – his stablemate at the Gestifute agency – and renowned for organising the parties, while developing a reputation for enjoying the glamorous Madrid nightlife. It was around this period that his marriage to Daniela, the sister of David Ospina, also broke down.

It wasn’t long until his status at Madrid broke down, too.

Rafa Benitez saw him as “lazy”, but then he is a manager who puts particular defensive demands on his playmakers.

Zinedine Zidane meanwhile just wasn’t having him, as has been the case with a few players under the French manager. There was no “feeling” between them. Zidane can be abruptly decisive with players in that way. Sources say that, due to the parties, he also saw James as a bit of a trouble-maker. And, consequently, a “d***head”.

It led to the Colombian drifting a bit, and getting into a cycle where he couldn’t get back to full form. He felt increasingly isolated at Madrid, and then spent too long back in Colombia on international duty, irritating his club further.

The issue was that his home country also offered home comforts. He is utterly loved there. 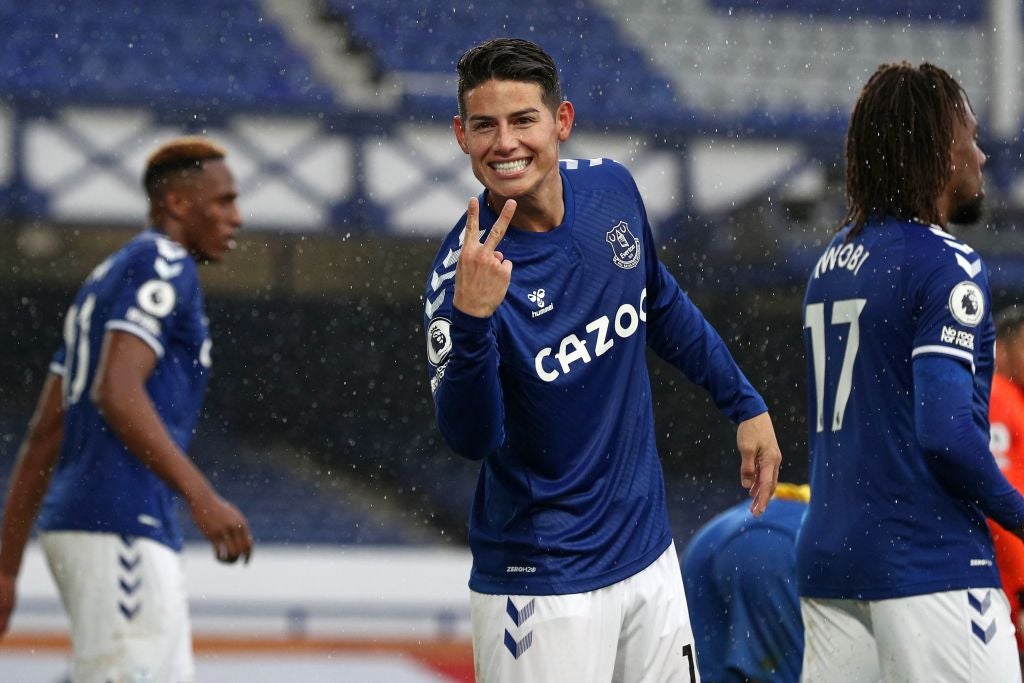 “In Colombia, there are three big football names,” broadcaster Luis Restrepo says. “There is Carlos Valderrama, the icon. There is Radamel Falcao, the role model as regards ultra professionalism. And now there is James, who is the star, the idol.”

As with a lot of players who are the stand-out individual stars in their home country, though, James was also the centre of a lot of debate. There was that eternal question of whether the player with the most talent actually fulfilled that talent. There probably hasn’t been a national hero who has avoided it, especially in countries with less successful footballing legacies.

“There has been a lot of debate about him,” Restrepo says. “Some people see him as a flop in Spain, and at other big clubs, where he didn’t rise to the pressure. Others defend him, and always point to the managers. He had problems with (Claudio) Ranieri, with Zidane, with Benitez. His mother is a big character in Colombian media, and regularly defends him on social media.

“He has a big ego, but can shrink when he doesn’t feel the love around him, when he has competition.”

This was one of the problems at Madrid, that has followed him through two loan moves.

As with Zidane, there were still moments of the 2014 James at Bayern Munich, but he just never felt comfortable there.

He didn’t feel at home with the weather or in everyday German life, and would regularly complain. “James asked what he was doing there,” a Bayern source says.

One image is of a talent that didn’t necessarily have that brutally singular drive that really elevates the elite players. His outward personality didn’t help.

James hasn’t always been a great communicator, and would only really bond with managers who were patient with him. Jose Pekerman with Colombia in 2014 was one. Ancelotti is another. 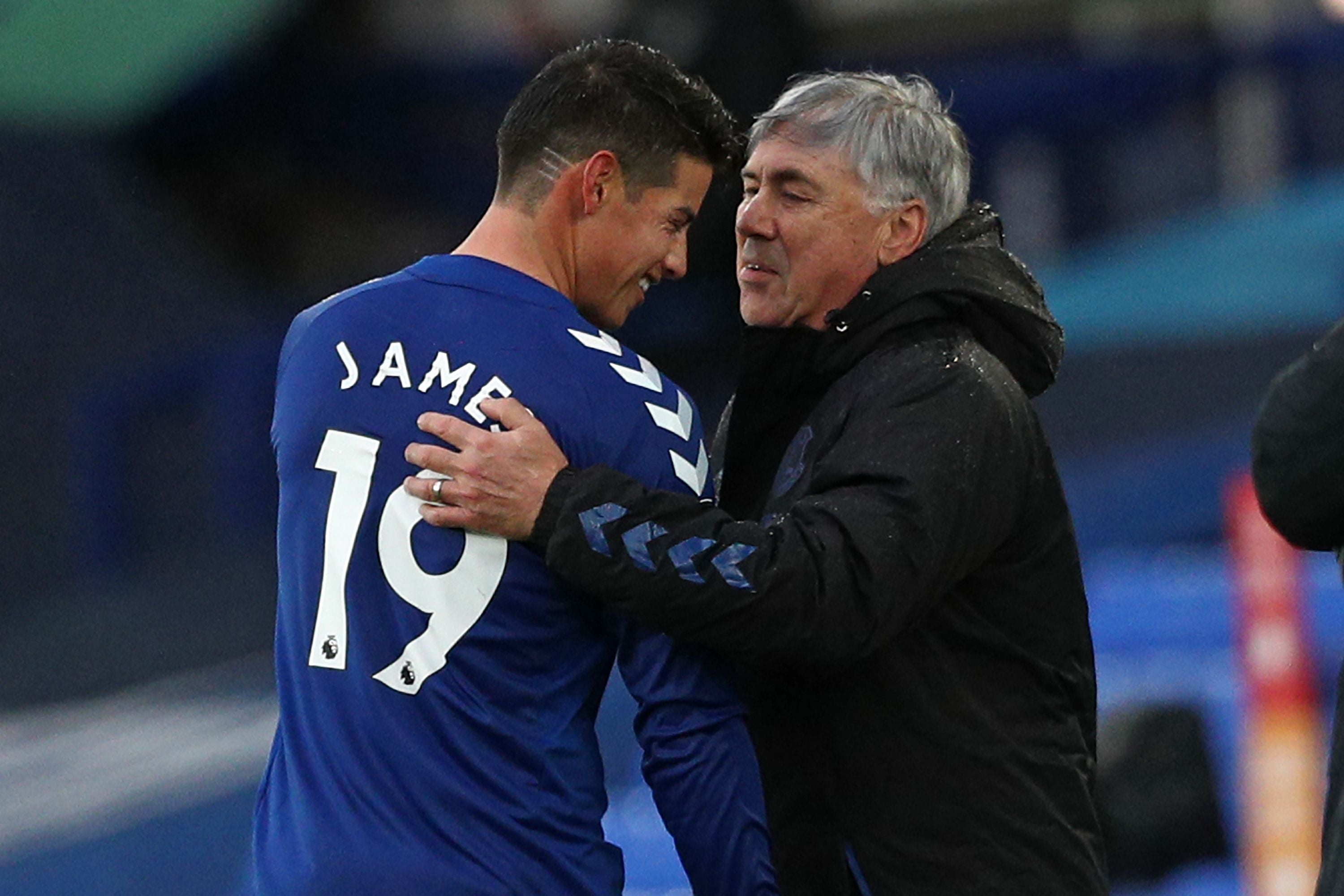 The Italian might just be the “perfect” manager for James. He knows how to coach him, but also acts paternalistic towards him. Ancelotti doesn’t see “one of the biggest stars in South America”. He just sees “a good lad”. Ancelotti doesn’t criticise him, boosts his confidence, and makes him feel important.

This might also be why Everton is the perfect club for him, too.

A bit like his national team, it is somewhere where James can be the obvious star, the focal point. James may not have the personality to truly fulfil that role for the biggest clubs, but he can be perfect for an upwardly mobile club. There’s not going to be the same level of competition. He has already dazzled most of Finch Farm with his standards. He is also regarded as having matured, as can be seen in his media appearances. He is a much better speaker. He still hasn’t had to say much to dazzle Everton fans who have met him around the city. James can already feel the love of the supporters, but doesn’t find Liverpool oppressive. This marks a difference to Napoli and Bayern, and may represent a happy medium.

“It must feel like a resurrection for him,” one figure who knows James from Spain says. “He was like Coutinho in that he’d been made to feel nearly worthless. He’ll be feeling like a kid again.”

That can be seen in his game, and how he’s making Evertonians feel.

There’s a joy to it, a creativity and freedom. It’s what being a playmaker is supposed to be about. James just excites with so many exquisite touches.

This is why they “just get it to James!”. There is of course the argument that, as a tactic in 2020 football, this is a bit basic. It is relatively typical Ancelotti. It may eventually see Everton and James himself level off. The international break also represented something of a bookmark in that way, splitting the relatively free-form start of a campaign with the regularity of the normal season. That’s when reality comes in.

There has been no reality for Everton in recent years like a match against Liverpool, especially now they are champions.

James’ great virtue, however, is that he fires the imagination. He is a joy to watch. He now just has to be a horror for Liverpool to play.

It may mean more than this derby.