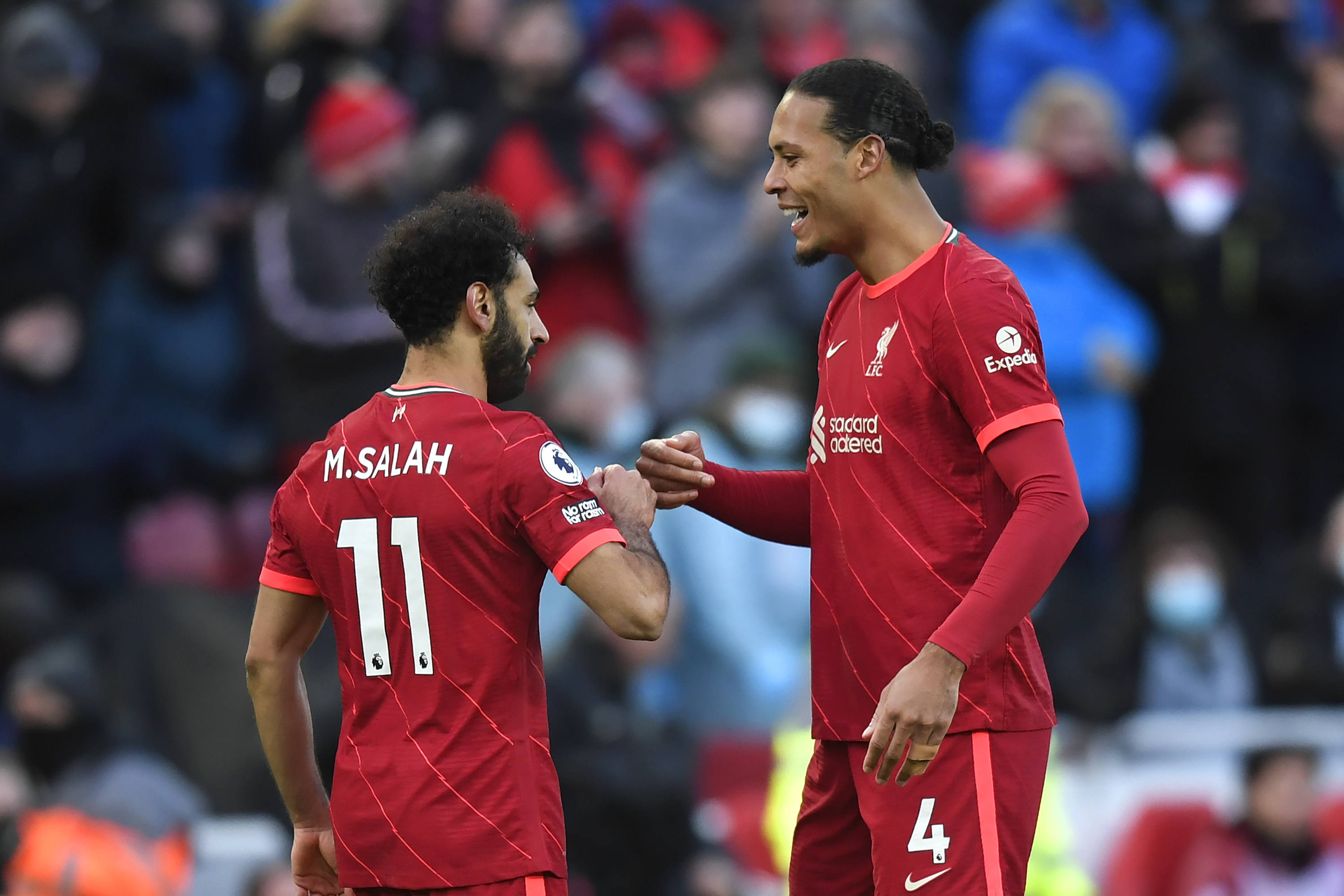 Virgil van Dijk believes that criticism of Mohamed Salah’s Liverpool form is unwarranted and says his team-mate will be ‘bouncing back as soon as possible.’

The Egyptian is the Premier League’s top scorer this season, reaching an impressive 20 goals and 11 assists in 29 appearances, but hasn’t scored a non-penalty goals in almost two months.

Salah’s output has dipped since returning from the Africa Cup of Nations tournament with Egypt at the beginning of February, in which he came out on the losing side in the final after playing four periods of extra-time to progress.

‘It’s so easy to make judgements about him’, Van Dijk said in the aftermath of the Reds’ FA Cup semi-final win over Manchester City on Saturday afternoon. ‘In my opinion he is so important for us, and he will always be. His goals will come, I’m not worried about any of that.’

With Salah struggling to find the net, others have taken on the goalscoring burden for Liverpool in recent fixtures, with Roberto Firmino and Sadio Mané scoring a brace each against Benfica and City respectively in the past week. For Van Dijk, Salah is still involved in the team’s excellent attacking play and is succeeding in creating chances for team-mates.

‘He is creating dangerous moments,’ the Dutch defender added. ‘The City game [in the Premier League at the Etihad Stadium] he had an amazing assist, very important of course. Obviously it’s been a tough two months, but we are all human being and he is such a fantastic pro with amazing qualities that he will be bouncing back as soon as possible. I’m not worried at all.’

Liverpool have already won the Carabao Cup this season, with an FA Cup final against Chelsea now set for May. The Reds are a point off leaders City in the Premier League, and will face Villarreal in the semi-finals of the UEFA Champions League.