Aston Villa’s hunt for Sporting Lisbon manager Ruben Amorim takes a new turn after his ‘release clause is reduced by £20m to just £10m’, with the Portuguese among the favourites to succeed sacked Steven Gerrard

Aston Villa have made progress in talks with Ruben Amorim over their vacant manager position, with the ‘Sporting Lisbon boss now believed to be available for a £10 million release clause, rather than the £30m originally reported.’

The Villans find themselves in need of a new manager after sacking Steven Gerrard following a run of one win in nine games.

He was dismissed less than two hours after Thursday’s 3-0 defeat at Fulham, with the club issuing a 41-word statement on their website, and had to travel back to Villa’s training ground on the team coach, knowing his fate. 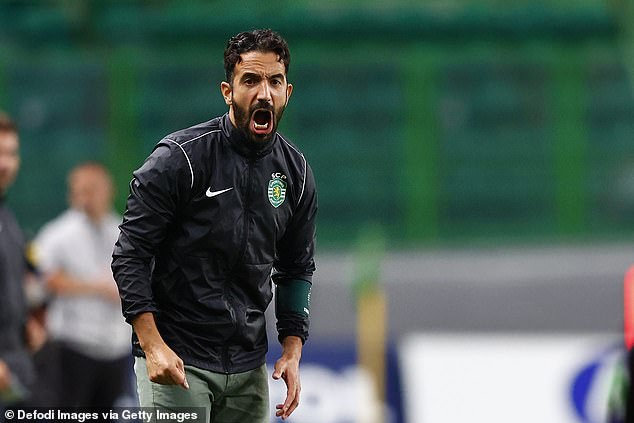 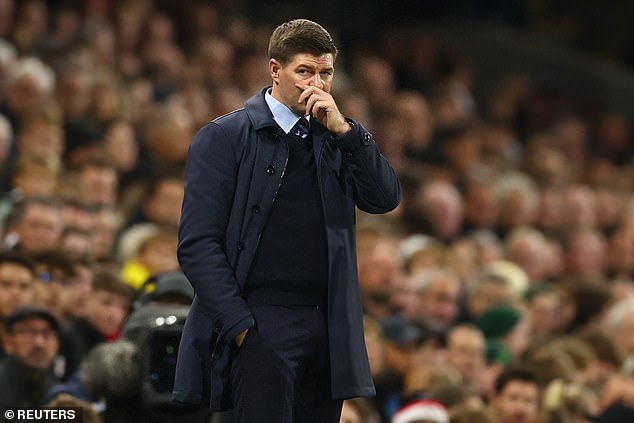 Thomas Frank and Mauricio Pochettino have both been linked with the role, but Amorim appears to be Wolves’ first choice after leading Sporting to the Primeira Liga in 2021.

According to reports in the Telegraph, the manager’s release clause is now much lower than previous estimates suggested, and the figure is ‘unlikely to deter’ Villa.

They also claim there are ongoing talks between Villa and the 37-year-old manager, who is believed to speak good English, but it is not yet apparent if he is keen on the move. 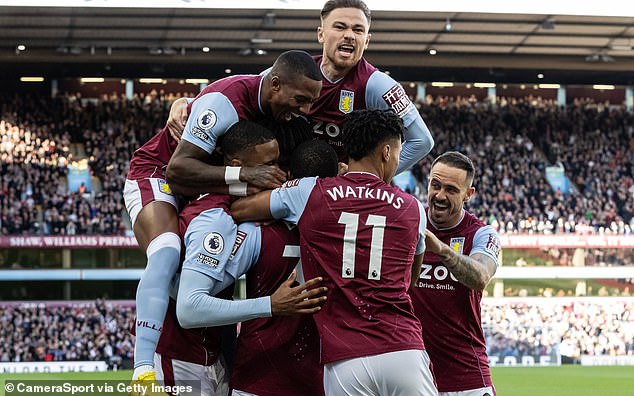 The search for a new boss became less urgent for the Midlands club on Sunday, after interim manager Aaron Dank led them to a 4-0 win over Brentford.

Villa were 3-0 up within 15 minutes, and have risen to a more comfortable 14th in the Premier League table.

They are next in action on Saturday with a tricky game against Newcastle, who moved into the top four on Sunday with a 2-1 win over Tottenham.