Jack Grealish is confident he will be fit to return to Aston Villa’s team at Newcastle on Friday after a four-match absence.

The 25-year-old Villa captain has been suffering from shin trouble, but he began running on artificial turf last week and has set his sights on the St James’ Park fixture if he resumes practice with the rest of the squad early next week.

‘We’re hoping to get Jack back on the grass this coming week,’ said Villa manager Dean Smith. 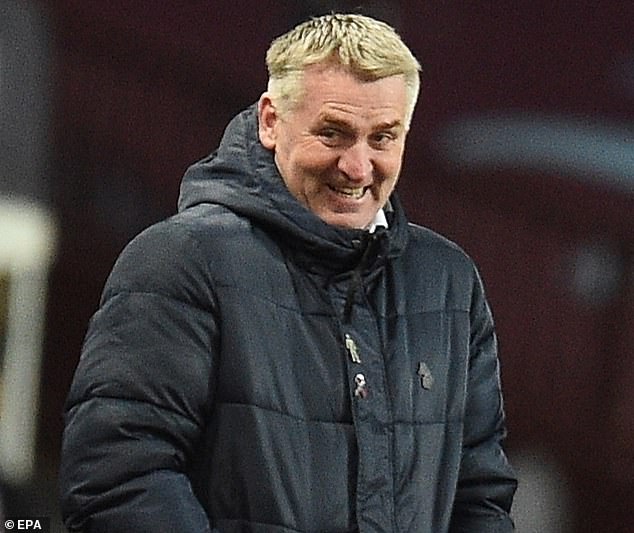 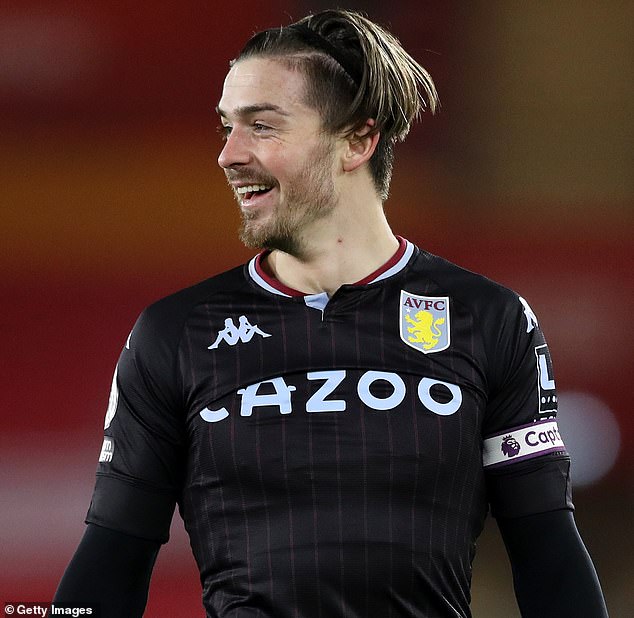 ‘He says that if he gets back on the grass, he’s playing against Newcastle. I told him I’d have to pick him first!

‘He laughed at that. Once he’s pain free, he should be ready to go.’

Grealish has been one of the outstanding players in the Premier League this term and during the games he has missed Villa have scored only twice. 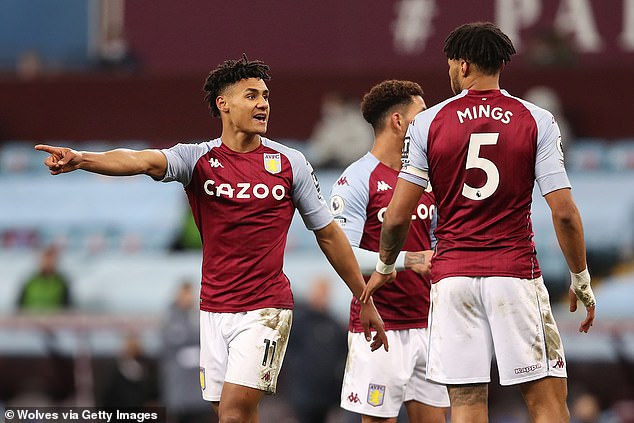 Villa have gone two games without a goal, losing to Sheffield United and drawing with Wolves

Villa need him back as they try to push for the European places, although new signing Ollie Watkins has impressed up front, even without Villa’s main creator.

Watkins joined Villa last September from Brentford on a five-year contract for a club-record £28million fee, which could rise to £33m.

Remarkably, Watkins has hit the woodwork seven times this season and Smith — formerly Brentford’s boss — added: ‘He’s positive and he will be frustrated, but he’s a very good player and he will get better.’