Spectacular goals either side of half time earned AC Milan an important 2-0 victory at Hellas Verona on Sunday, as Stefano Pioli’s side closed the gap on rivals Inter Milan at the top of the Serie A standings to three points.

Without injured top corer Zlatan Ibrahimovic, who was watching from the stands, Milan went ahead in the 27th minute when Rade Krunic fired a stunning free kick into the net — the Bosnian’s first league goal for Milan.

The visitors’ second goal, five minutes into the second half, was just as impressive, as Diogo Dalot arrowed his first Serie A goal since joining on loan from Manchester United into the top corner.

Milan saw out just a second win in their last seven games in all competitions to move on to 56 points, three behind Inter, who are in action against Atalanta on Monday, and four ahead of third-placed Juventus, who have a game in hand. Verona stay eighth. 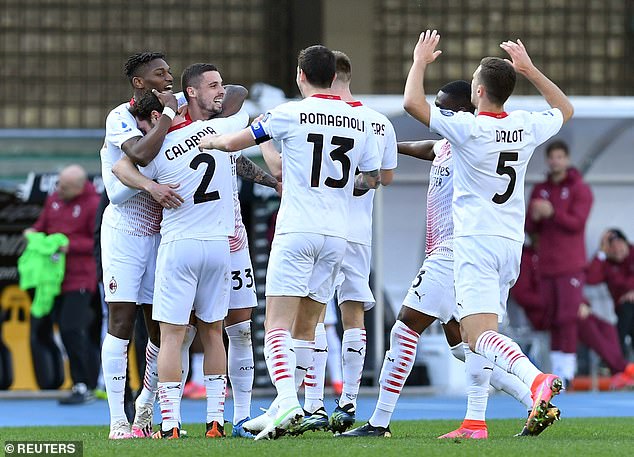 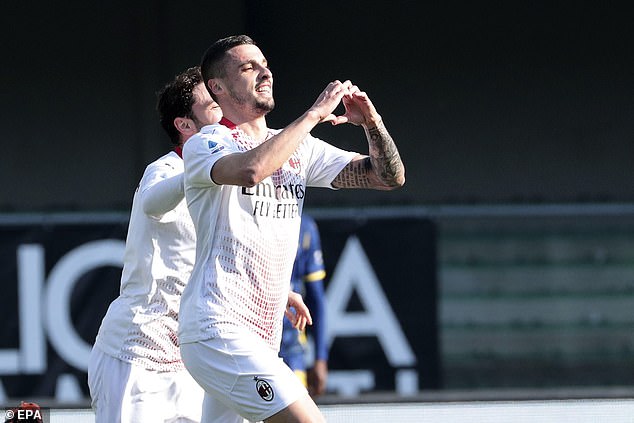