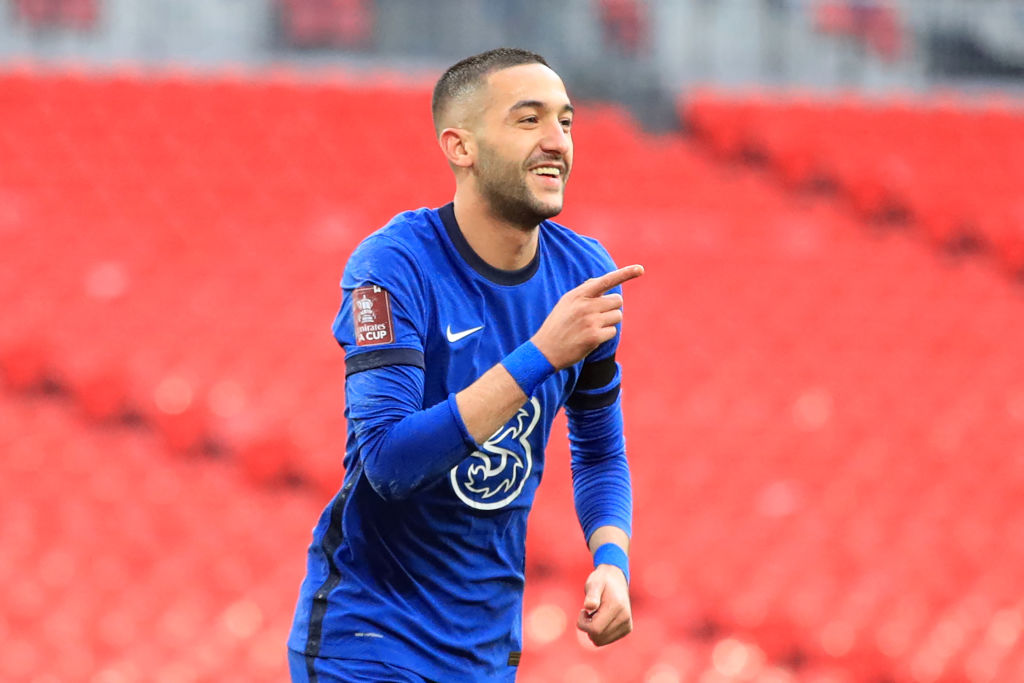 Dutch legend Marco van Basten has urged Hakim Ziyech to leave Chelsea this summer as Thomas Tuchel is the ‘wrong’ manager for him.

The Moroccan joined the Blues from Ajax last summer and much was expected of the winger at Stamford Bridge.

However, injury and a lack of form has seen Ziyech feature in just over half of Chelsea’s league matches.

Ziyech scored the only goal of the game as Chelsea booked their place in the FA Cup final with a 1-0 win against Manchester City last weekend but the winger found himself back on the bench again on Saturday for the victory over West Ham.

The former Ajax man has just turned 28 and Van Basten believes Ziyech should seek to leave the Blues this summer as he did not join the club to sit on the bench.

‘When he gets in, that’s like a striker. He can do that too, because he is just a good player. I am sad to see rotation… He’s just not in the right place.

‘That Werner plays really badly, but doesn’t he come in much more often? The system this trainer plays is just not good for Ziyech. Then as Ziyech you have to say: ‘You know what? I have to plead [to leave].

‘It is now about Ziyech because I have nothing to do with that man. This is not getting along like that. I’m not saying it’s bad for Ziyech or bad for that trainer, but it doesn’t work like that.’

Ziyech is battling with Christian Pulisic, Timo Werner and Callum Hudson-Odoi for a starting berth against Real Madrid tomorrow night.

Tuchel has a fully fit squad to choose from, barring Mateo Kovacic.

The Croatian midfielder is yet to recover from a hamstring strain that has kept him out for the last fortnight.

The former Real Madrid midfielder has an outside chance of playing against Fulham this weekend.