Valentino Lazaro scored a contender for the goal of the season with an incredible scorpion-kick finish in Borussia Monchengladbach’s defeat against Bayer Leverkusen.

The former Newcastle midfielder’s acrobatic finish was a consolation in a 4-3 defeat but certainly took the title of the best goal in the game and will surely be up for the FIFA Puskas award, the crown given to the best goal of the year in world football.

Lazaro latched on to Patrick Hermann’s cross before gloriously swivelling under the pressure of the defender and striking past goalkeeper Lukáš Hrádecký with the heel of his foot.

Scroll down for video. 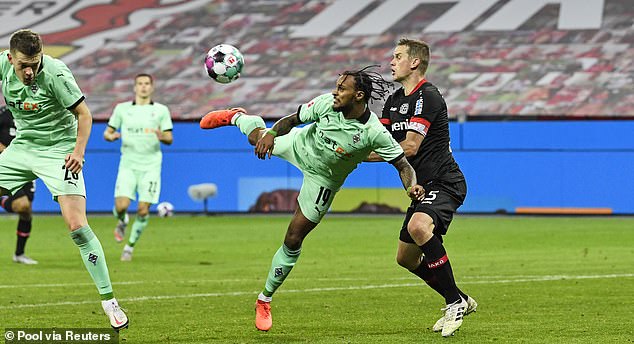 The cross looked to have been passing Lazaro by but his sublime improvisation saw the ball fly into the top left corner.

The Austrian international had been introduced as a second half substitute as the away side chased the game.

The strike was reminiscent of scorpion-kick goals from Olivier Giroud and Henrikh Mkhitaryan in past seasons, though the way Lazaro finished on the spin and under pressure perhaps puts his at the top of the pile.

Lazaro’s effort was the icing on what was already a thrilling encounter at the BayArena. 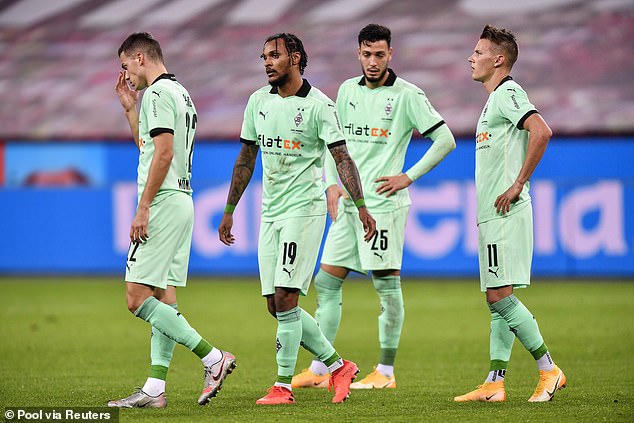 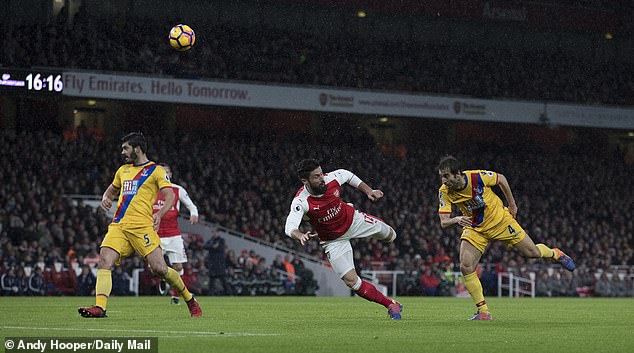 Lars Stindl had twice but Gladbach ahead but Lucas Alario responded with a double of his own for Leverkusen in the first half.

Leon Bailey and Julian Baumgartlinger had put the home side in charge before Lazaro’s stunner.

The victory saw Peter Bosz’s men climb up to fourth in the Bundesliga, while top four rivals Gladbach slipped to seventh.