Manchester United defender Victor Lindelof had a contrasting week to his centre back partner Harry Maguire as he reportedly carried out a heroic deed in his native Sweden by coming to the aid of an elderly woman.

The 26-year-old is briefly back in his home city of Vasteras in Sweden during football’s short summer break before the season re-starts, and this week was present as a frightening event unfolded.

While Maguire was arrested and charged following allegations of involvement in a fight while holidaying on the Greek island of Mykonos, Lindelof turned the hero in a different altercation back at home. 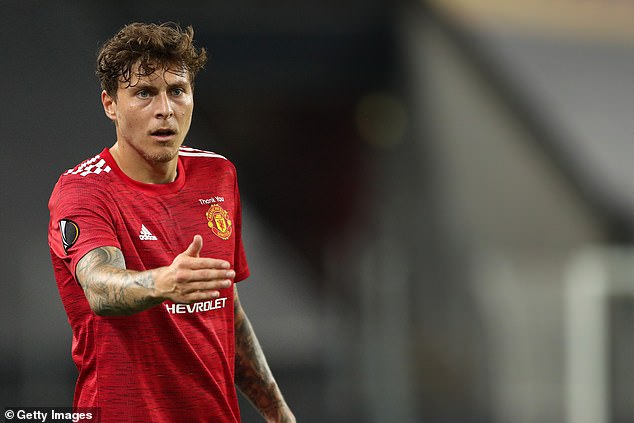 Swedish daily publication Aftonbladet report that Lindelof was on hand to ‘hunt down’ a thief after seeing a 90-year-old woman have her purse snatched.

Lindelof is said to have sprinted off after the offender, before tracking them down and keeping them pinned to the ground.

Police services were called and arrived on the scene, to find Lindelof having apprehended the individual.

A local police report on the incident read: ‘a man who was nearby must have run after the suspected perpetrator, caught up with him and kept him until the police arrived at the scene.’ 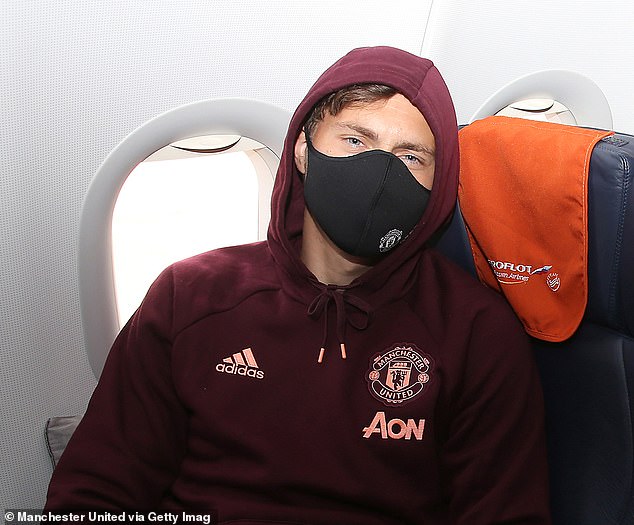 Lindelof, seen flying back from the Europa League, is enjoying a short break back in Sweden

Eye witnesses have since given their confirmation that the man in question was United star Lindelof, which was also hinted by a local police officer.

Though he would not confirm the identity of the hero of the hour, the police officer said in the statement: ‘The man who intervened very wisely was athletically built, I can not say more than that.’

Lindelof is reported to have been out with his wife Maja, who is said to have witnessed the incident unfold.

Vasteras police state they received the alarm at around 10.40, and that the first police patrol arrived about five minutes later, at approximately 10.45.

Lindelof therefore was able to keep the offender in place for five minutes before officers could arrive and do their job.

The offender – a man in his 30s – is now suspected of aggravated theft and minor drug offenses for his own use. 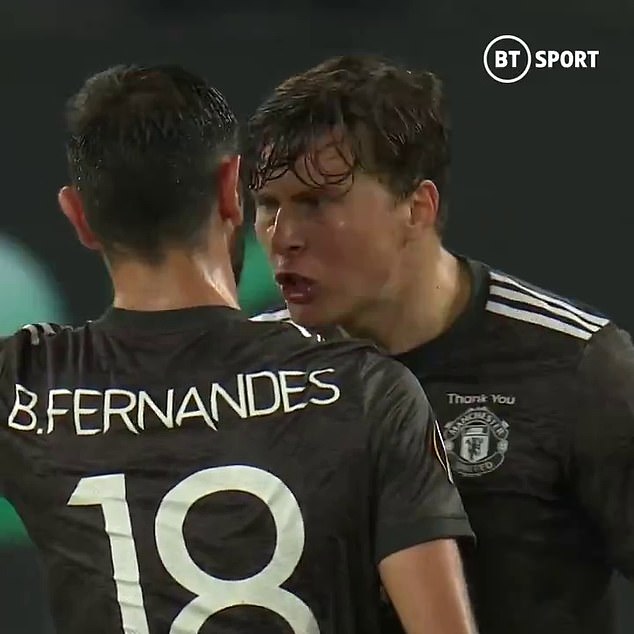 Lindelof is soon due back in Manchester to meet up with his team-mates, ahead of the 2020/21 season.

The 26-year-old was part of the United squad who traveled to Cologne to compete in the latter stages of the Europa League, only to be knocked out by Sevilla in the semi-finals.

During the tournament Lindelof showed he wasn’t somebody to be messed with, after becoming embroiled in a heated argument with his own team-mate and United’s star midfielder Bruno Fernandes, following a disagreement in the Sevilla tie.